Spoofs can be an effective strategy for brands

Spoofs can be an effective strategy for brands to grab attention - but not always.

Dearton Thomas Hector
Advertising that lampoons popular personalities, or spoofs rivals' efforts certainly garners attention. Recently, the McDowell's ad for No.1 Platinum soda, a spoof on cricketer Harbhajan Singh's 'Make it Large' commercial for Royal Stag's cricketing gear, was withdrawn after Harbhajan's mother Avtar Kaur sent a legal notice to the Vijay Mallya-led UB Group which makes the soda. The ad showed a Harbhajan look-alike saying 'Make it Large' and Indian captain Mahendra Singh Dhoni telling viewers that one should do something different to make it in life rather than "making it large". 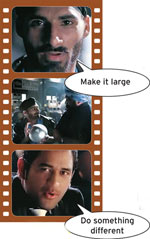 No one is surprised. In most cases, spoof ads usually draw either a counter response from the affected brand or a legal notice. So why do brand heads persist with the strategy? "It is good for brands because such ads attract a lot more attention. Often, the news about such ads is more exciting than the ads themselves," says Josy Paul, Chairman and National Creative Director, BBDO India, an advertising agency.

Beverage brands have been particularly prone to taking digs at one another, be it Sprite's take on Pepsi's Youngistan ad or Pepsi's take on Thums Up's Akshay Kumar daredevil ad. Both Sprite and Thums Up are Coca-Cola India brands. According to marketing observers, in such cases the weaker brands tend to ride piggyback on the strength of bigger, rival brands. But brands also sometimes seek to tap into the appeal of a popular ad, for instance, the Pizza Hut ad based on the Naukri.com's Hari Sadu commercial.

The fight, however, is not always restricted to the television medium. In 2007, Jet Airways, Kingfisher Airlines and GoAir battled it out on outdoor hoardings. And in 2010, IndiGo took on spiceJet in its print campaign - claiming competitors were adopting their ideas including that of serving sandwich boxes aboard flights.

But such tactics do not build brands. Says Titus Upputuru, National Creative Director of Dentsu India, who has worked on many spoofs: "In the fizz category, which is youth-centric, spoofs are a good option." But such ads can be a waste of time and money in other cases. Often such tactics point to a paucity of ideas: "Advertising is a profession where one has to come up with new ideas each time. These spoof ads are often shortcuts taken by ad professionals," says Manish Bhatt of ad agency Scarecrow.

But taking potshots can be fun. Brand and marketing consultant Harish Bijoor says: "All is fair in love and ads." So long as one can get away with it.