Last fortnight, General Motors recalled over 100,000 Cadillac CTS models in the US to fix a problem with the deployment of airbags in these models. 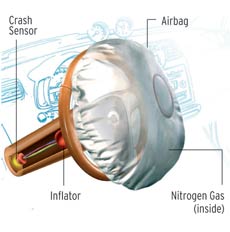 Last fortnight, General Motors recalled over 100,000 Cadillac CTS models in the US to fix a problem with the deployment of airbags in these models. Since their commercial deployment in the 1980s, airbags have saved thousands of lives. So, what are airbags all about and how do they work? The airbag is an inflatable bag made of thin nylon that is placed in a packed form in the steering wheel or the dashboard and, in high-end cars, in the side doors. When a collision occurs, a sensor triggers a reaction between sodium azide and potassium nitrate stored in the inflator mechanism producing a hot blast of nitrogen gas. The reaction is so fast that the airbag inflates in a fraction of a second, cushioning those in the car during the sudden impact.

About a second later, the airbag deflates as the gas is released through holes, and the passenger is free to move again. The powdery discharge after an airbag release is often just a lubricant like talcum powder to ensure that the deployment goes off smoothly.

Everybody is still waiting for this train. Since 2006, when the foundation stone for the Mumbai Metro project was laid, Mumbaikars have been waiting for the first metro train to chug down the tracks. The project has been hamstrung by a lack of coordination between various government bodies like the Railways and the Mumbai Metropolitan Region Development Authority (MMRDA), and the presence of densely-populated localities along the proposed route of the metro.

Initially, a deadline of July 2010 was set for the completion of the first phase of the project. Earlier this year, the MMRDA, which is overseeing the project, extended that deadline to December 2010. Now, the authorities are saying that the first commercial run may happen only in October 2011. However, to assuage the seething anger among Mumbaikars who continue to travel in claustrophobic trains, MMRDA has promised that the first trial run will happen in February. Given the delays, one wonders if this baby will ever walk, forget run.
QuirkySuperstar MBA, mind it 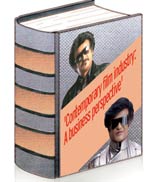 Rajinikanth is the flavour of the season. His latest flick, Robot, has wowed the masses and the poisoned quills. There are more Rajini jokes on the Internet than there are websites. Almost. And now, the country's premier management institute is all set to induct the Tamil actor into the world of management.

No, Rajini is not doing a Laloo Prasad Yadav and delivering a homily at IIM Ahmedabad. The institute is starting a new elective course called "Contemporary film industry: A business perspective" as a part of which the boys and girls hoping to rule India Inc. will study how the bus conductor-turnedactor's movies weave box office magic across the globe. After all, the superstar's movies are popular from Osaka to Udhagamandalam. One wonders if the course includes soft skills like lighting a cigarette using a pistol or catching a bullet with bare fingers. 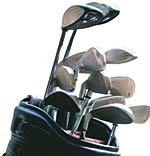 It's your first time on the golf course and your buddies have played the game forever. It's a gentleman's sport in which you don't want to be caught on the wrong foot. Fret not. Here are some quick tips. For starters, like The Police song goes, gentlemen will walk but never run. That holds true of the golf course, too. Keep your golf cart on the paths as much as possible. They are just a mode of transportation and not a sign of your social status. Always mark your ball to avoid confusion when the game is on. A ball hitting the green causes an indentation called a pitch mark. A good golfer repairs the pitch marks he creates. A player with the highest score on the previous hole has the honour of teeing off first.