There are expectations from the new government under Prime Minister Narendra Modi that bank consolidation will gather steam. 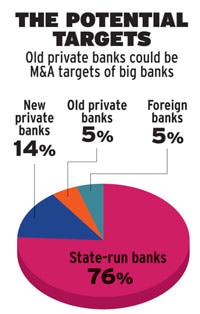