Chinese Premier Li Keqiang promised to open up his country's services industry, during a recent visit to TCS headquarters in Mumbai. Tata Group is the biggest Indian group working in China.

CORPORATE
Mukesh Ambani's Reliance Industries and its partners Niko Resources and BP Plc have made a significant gas discovery in the Krishna-Godavari D-6 block off India's east coast. The discovery is expected to add substantially to the gas resources in the block. Expectedly, RIL stock rose 5.12 per cent on May 27 to close at Rs 828.25, the company's biggest single-day gain since September 14, 2012. The new discovery comes at a time when RIL's overall gas output from D-6 has been falling.

United Spirits, India's largest spirits company, has approved allotment of 14.5 million shares on a preferential basis to a wholly-owned unit of UK spirits company Diageo Plc, as part of the stake sale deal announced in November. United Spirits will allot the shares to the Diageo unit at Rs 1,440 a share to fetch Rs 2,092 crore. United Spirits is expected to use the new capital to reduce its debt of over Rs 8,000 crore. Diageo and the UB Group, led by Chairman Vijay Mallya, will still have to work out their ties following the failure of Diageo's open offer to the public to buy 20 per cent stake of USL.

AirAsia, which smashed order records for Airbus jets to become Asia's largest budget carrier, could buy another 50 planes as it targets expansion in India, CEO Tony Fernandes said. AirAsia India was on a recruitment spree to get ready for its launch in the fourth quarter. 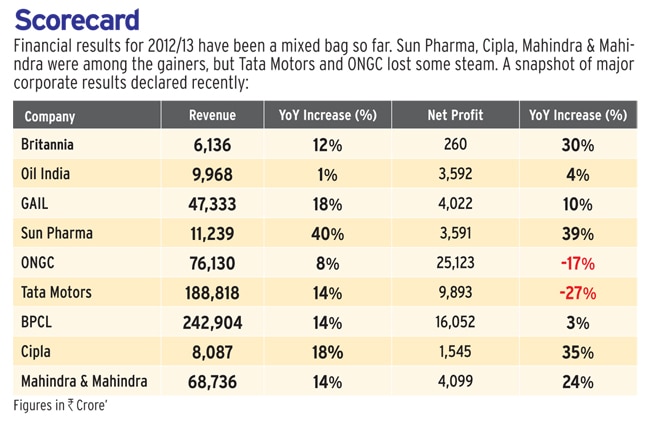 Economy
According to executive search firm MANCER Consultancy, 10 out of every 100 executives seek jobs with a start-up and only one aspirant of those 10 actually gets hired. Some of the recent examples of this trend include former Citigroup CEO Vikram Pandit who has joined India's JM Financial to lead its ambition of setting up a bank.

A ministerial panel has cleared the Coal Regulatory Bill, paving the way for an independent authority to tackle issues of pricing, supply and quality.

The Reserve Bank of India has restricted bank loans against units of gold exchange-traded funds and gold mutual funds. The RBI also said no advances should be given by non-bank financial companies against bullion, primary gold and gold coins. However, the RBI does not want to ban banks from selling gold coins, Governor Duvvuri Subbarao said.

175,000 The total number of assessees who received income-tax notices for not filing their tax returns. Around 1.2 million have not filed their returns. All high value transactions - deposits or withdrawals of Rs 50,000 or more at one go - are under the tax scanner.

MARKETS
Promoters will face tough penal action if they do not bring down their holding in listed firms to 75 per cent by June, warned Sebi Chairman U.K. Sinha. 87 activelytraded companies, including 12 state-run units, are yet to comply with the minimum public shareholding norms.