After petrol, should diesel prices be hiked to help economy?

India has been living beyond its means and is now being forced to pay for it. After the petrol price hike, the only way out is for the government to raise the diesel price, whatever adverse political consequences may follow.Voice your opinion about the price hike

Shweta Punj
India has been living beyond its means and is now being forced to pay for it. The only way out is for the government to raise the diesel price whatever adverse political consequences may follow.

CHECK OUT: How much does petrol cost in your city now

The macroeconomic indicators are all worrying. The fiscal deficit ballooned to 5.9 per cent of the gross domestic product (GDP) in 2011/12, up from 4.9 per cent the previous year.

The rupee is down to Rs 55 against the US dollar. The Reserve Bank of India may have followed an aggressive monetary tightening policy, with 13 rate revisions over 25 months, but its stated aim of curbing inflation has not been achieved. Inflation, which had shown signs of ebbing earlier, was back at 7.23 per cent in April this year, rising from 6.89 per cent in March.

"The current situation is worrisome in relation to some aspects: high inflation, fiscal deficit, current account deficit," said C. Rangarajan, Chairman of the Prime Minister's Economic Advisory Council (PMEAC) addressing an industry chamber meeting on May 14.
"They will not go away unless we take positive policy action." No doubt external events such as the Eurozone crisis have affected India - particularly Indian exports - adversely and will continue to be a drag. But the government's inability to be decisive is also responsible for the current mess.

It is well aware that the situation has gone awry; the PMEAC has recommended various fixes, the 2012 Budget document itself harps on the need for fiscal discipline to bring down the deficit to 4.5 per cent of the GDP in 2013/14 and 3.9 per cent of GDP in 2014/15. But no concrete step to achieving this has yet been taken. 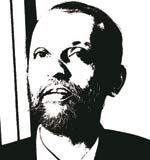 There is a direct conflict between controlling inflation and increasing the price of diesel: Ajit Ranade
Central to fiscal discipline is reining in subsidies.

"The desired action to control expenditure increase would be to reduce the outgo on subsidies and contain the growth in interest payment by lowering the fiscal deficit," says the Budget document.

The government wants to cut the subsidy bill to less than two per cent of the GDP. But how? Raising diesel prices, if not freeing them altogether from the existing administered price mechanism (APM), is an obvious first step.

Petroleum products and fertilisers form a substantial percentage of the Rs 2.16 trillion (a trillion is one lakh crore) subsidy bill. With global crude prices rising in 2011/12, owing to the political turmoil in West Asia, the oil subsidy shot up 78 per cent to Rs 68,481 crore.

India imports 80 per cent of its oil needs and this dependence is expected to grow. For the past few months, the price of the Indian basket of crude oil has been oscillating between $100 and $125 a barrel. It was $36 a barrel in May 2004. But the government has not permitted the public sector oil marketing companies to pass the full cost of imports on to domestic consumers, fearing a political backlash.

MUST READ: How a falling rupee build heat on oil firms

"For diesel, where even the rudimentary first step for freeing prices has not occurred, a possible intermediate step is to fix a per litre subsidy from the government," says the Economic Survey for 2012/13.

The current subsidy per litre of diesel - the difference between what the oil marketing companies pay for it, and what consumers pay - is around Rs 13 to Rs 14. Yet the last time diesel prices were raised was in June 2011, and that too by a mere Rs 2 per litre.

The results of the last round of assembly elections in February brought no succour to the ruling United Progressive Alliance coalition at the Centre, which may have further weakened its will to tackle the diesel issue.

"Earlier there was a sense that after the state elections, diesel prices will be increased, but after the results, there is a concern in the government that it is alienating the masses," says CRISIL's Sinha.

But there is also a flip side to raising diesel prices.

"It will not be an easy decision," says Ajit Ranade, Chief Economist at the Aditya Birla Group. Increasing the price would mean a further spike in inflation. "There is a direct conflict between controlling inflation and increasing the price of diesel that cascades into inflation," Ranade adds.

While doing away with the subsidy altogether would mean a 30 per cent price increase and is not feasible, small steps can surely be taken. "We have to find a way to regularly increase diesel prices," says Ranade Kirit Parekh, Chairman of a government-appointed expert group on pricing of petroleum products, agrees. "A Rs 4 to Rs 5 increase is feasible," he says. "They should increase prices and eventually free them from the APM."

Indeed there is little choice.

"If oil prices go beyond $120 per barrel, the government will have to implement a diesel price hike, no matter how much some politicians protest," says energy analyst Narendra Taneja. "But if it is lucky and oil prices stay at $100 a barrel, it can afford to not implement." (The price currently hovers between $100 and $110.)

But if the recent past is any guide, the government is unlikely to manage by depending on luck.