News
Magazine
Focus
Qualified institutional placements are back in vogue

Qualified institutional placements are back in vogue

Qualified Institutional Placements, or QIPs, is an instrument through which listed companies can sell shares directly to institutions without making a public offering. Most companies will use capital raised through QIPs to cut their high-cost debt and strengthen their balance sheets.

For almost a month after elections to the Lok Sabha began on April 7 the stock markets remained flat. But since May 9, three days before the last phase and a week before results that handed a huge victory to the Bharatiya Janata Party (BJP), the Bombay Stock Exchange's benchmark Sensex has gained 15 per cent. That has offered a great opportunity to companies looking to raise funds on bourses after months of inaction.

Banking and finance
companies have been the first to spot the QIP opportunity. Telecom companies are also tapping the markets.

Banking and finance companies have been the first to spot the opportunity. For instance, SKS Microfinance raised about Rs 400 crore while YES Bank mopped up Rs 2,942 crore in May. Telecom companies, reeling under high debt, are also tapping the markets. Idea Cellular has raised Rs 3,000 crore while Reliance Communications has mobilised Rs 4,800 crore from institutional investors after getting bids in excess of Rs 12,000 crore.

Overall, Indian companies have so far garnered about Rs 11,500 crore from QIPs in only the first three months of this fiscal year, compared with Rs 9,402 crore in the entire last year. This year's numbers look even better if we exclude the amount raised by State Bank of India from last year's total - the lender alone had mopped up more than Rs 8,000 crore.

It is just a matter of time before other companies jump into the QIP bandwagon to raise funds. GMR Infrastructure is reportedly looking to raise close to Rs 1,800 crore through this route while Ashok Leyland might mobilise up to Rs 700 crore. "QIP will be the preferred format," says Vinay Menon, Managing Director at JPMorgan Chase India. "Equity cash market volumes have picked up significantly after the elections and have reached record highs. The risk appetite continues to improve."

What explains this rush towards QIPs?

Among the instruments available for raising equity from capital markets, QIPs are by far the easiest to issue. In comparison, a public offering requires going through lengthy and often complicated procedures.

"Lesser cost, low regulatory approvals and shorter time duration required to acquire money [compared with other mechanisms] are some reasons for the high number of QIPs," says Prithvi Haldea, Founder and Chairman of Prime Database, which tracks capital markets.

N.H. Bhansali, CEO (Finance Strategy and Business Development) at consumer goods maker Emami, says QIPs typically gain momentum when stock markets are bullish. "QIPs help companies raise money in bulk without having to interact with public," he says. "Institutional investors take interest in QIPs because they get good value. Companies get committed funds from large investors," he adds. Bhansali, however, says Emami itself has no plan to raise funds at the moment. "We have ample cash with us," he says.

While a public offering
requires going through lengthy and often complicated procedures, QIPs are far easier to issue.

The Securities and Exchange Board of India seems to be on cue with the new realities in the market. On June 19, the capital-markets regulator announced a number of measures to rejuvenate equity issuances by Indian corporations. The regulator wants the pricing of shares for preferential issues and QIPs to be based on the volume-weighted average price, instead of closing prices. The volume-weighted price is the ratio of the value traded to total volume traded over a particular time. It is seen as better metric as it eliminates the outlier effect and is a more accurate determinant of prices at which transactions take place.

Ridham Desai, Managing Director at Morgan Stanley India, says the bullish sentiment is a direct consequence of the change at the Centre. The BJP-led National Democratic Alliance has won the largest majority in 30 years, raising expectations it can push through important reforms. "The new government has much greater ability to manoeuvre policy. That's the expectation of the market," says Desai.

Desai feels the government should take three steps to keep investor sentiment positive. First, the market is looking for consolidation on the fiscal side so that inflation can be controlled and real interest rates stay positive. Second, expedite project implementation to improve capital productivity. And third, focus on productive expenditure rather than unproductive inflationary spending. "We need to ensure that we do not upset the markets by doing things which will make the markets believe that growth will not pick up," he adds. 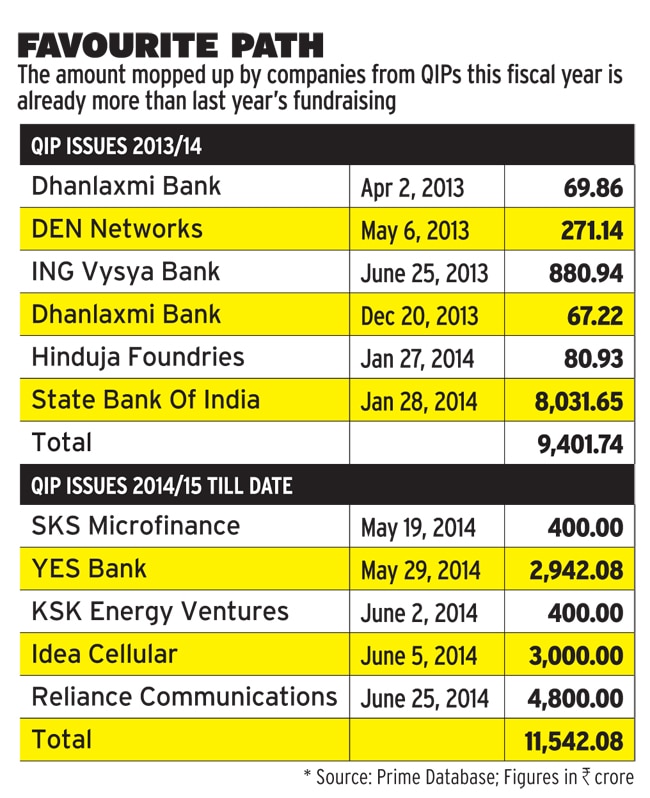