A 3D HD video camera and one of the first phones to use android 4.0. 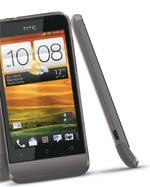 HTC One V
HTC One V
Third Sibling
The HTC One V - third in the series, after One X and One S - does not have the cutting edge specifications of the more lauded One X, Its processor is single-core, with 1GHz power. However, it is among the first phones to feature the Android 4.0 operating system (the latest version of the Android, dubbed 'Ice-Cream Sandwich' by its makers). Its performance scores over that of competitors. Some credit should also go to the HTC Sense user interface and the neat design. The 'unibody' form, with a 3.7-inch display and a curved chin at the bottom, gives it a macho feel. The One V also has 'Dropbox integration' offering 25 GB free storage for two years. 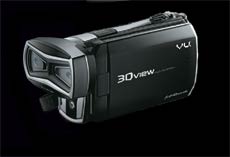 VU 3D HD Video Camera
VU 3D HD Video Camera
Now, 3D Home Movies
Finally, we have a video camera that can shoot video in 3D. If you want to, you can now play a video you shot yourself on that 3D TV for which you paid a bomb. The 3D HD video camera from Vu Technologies is easy to use. The dual lens in front is vertical at first, but to start shooting you have to flip it around to a horizontal position. The 3.2-inch LCD screen is a 3D screen and you do not even need special glasses to use it. There is a dedicated photo button to take still images, both in 2D and 3D. But buy it only if you already own a 3D TV.