The regulator's mission to expand the reach of mutual funds and the primary market may be at odds with its regulatory role, writes IIM-A Director Samir Barua.

Around Independence Day, the Securities and Exchange Board of India (SEBI) announced a series of measures to vitalise the mutual fund industry and the primary market. This is a brief critique of some of the initiatives.

Using the pretext of improving market penetration, SEBI has essentially proposed to bring back entry load on mutual fund units that had been abolished in 2009. SEBI would now allow an asset management company (AMC) to charge another 30 basis points as expenses if at least 30 per cent of new in-flows (to the fund) are from cities/towns other than the 15 top cities where SEBI believes the market penetration is adequate. If the percentage of new inflows from these cities/towns is lower than thirty then the permitted additional charge would be pro- rated. It would be instructive to use some numbers to illustrate the implications of the proposal. 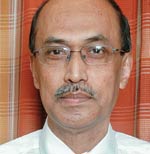 Using the pretext of improving market penetration, Sebi has essentially proposed to bring back entry load on Mutual Fund units that had been abolished in 2009: Samir Barua
Let us say that the size of an existing fund is Rs 10,000 million. The fund has new inflow of say just Rs 1 from a town not included in the list of 15 top cities. The AMC can then charge Rs 30 million as additional expense (since 100 per cent of new inflow has come from outside the list of 15 top cities).

The proposal, however, may not stand legal scrutiny. On what grounds of fairness would it be justifiable to charge all the unit-holders of the fund a fee of 30 basis points for raising new funds from such (SEBI) preferred locations? Why should the extant unit holders in the fund bear the cost?

The proposed measure is also unfair to smaller funds. While a large fund of Rs 10,000 million would be able to charge Rs 30 million, for the same outcome a smaller fund of say Rs 100 million would be permitted to charge just Rs 0.30 million. Can such disparity, based on the size of the fund be justified? After all, both the funds have achieved the purpose equally well - raised the same amount (Rs 1) with identical (100 per cent) of new inflows from the preferred locations!

While market penetration is a laudable purpose, the proposal of SEBI for the same is clearly flawed. The proposed measure in fact brings in entry load by the back door! It would be more equitable to change the regulation and permit AMCs to charge entry load in the manner they used to earlier. The entry load may be permitted to vary based on the location.

Perhaps to bring about a greater diversity of individuals within the ambit of the mutual funds industry, SEBI has proposed that persons with a certain specified background (such as retired government officials and retired teachers) would be permitted to distribute 'simple' mutual fund products. SEBI has also proposed (perhaps to help these categories of individuals qualify easily) to introduce varied levels of certification and registration.

Two issues arise in the context of these proposals. How and why does SEBI believe that persons only from the specified backgrounds would be more honest and/or competent to sell simple mutual fund products? The second issue pertains to these individuals being allowed to distribute only simple products. Such restrictions generally create extremely difficult monitoring requirements and more often than not lead to corruption with distributors selling products that they are not qualified to sell. The proposal is deficit in logic and would be a challenge for honest execution.

The proposal to ask the industry to set aside a part of the fee for investor education too is laudable but meaningless. Most mutual funds have accumulated large sums for 'investor education'. These have been created out of unclaimed and undelivered benefits to unit holders (the contributions have largely arisen from closed schemes).

The challenge has never been shortage of funds for investor education but of finding the right ways of educating investors and making them financially literate. Adding another source of funds when they are not in short supply is not recognizing the problem at hand. The issue is one of designing an effective process of educating and informing individuals to promote retail demand for equity. The step proposed is therefore misdirected.

Primary Market
Most of the measures announced are incremental in nature and would soften some unnecessary hurdles in the primary market for equity.

Expansion of the distribution network by permitting brokers of stock exchanges to help investors subscribe electronically to an initial public offering (IPO) and enhancement of the reach of ASBA (Application Supported by Blocked Amounts) by asking banks to make the facility available at all branches are sensible measures as these would improve the ability of retail investors to participate in the primary market.

The enhancement of flexibility to issuers to change the amount to be raised by up to 20 per cent (instead of 10 per cent) from the declared amount in the prospectus and permitting issuers to offer up to 5 per cent discount from the (SEBI specified) formula based issue price even to qualified institutional placements (QIPs) are welcome reforms.

The reduction in the free float requirement (from Rs 5,000 crore to Rs 3,000 crore) and halving of contribution from promoters to 10 per cent (through substitution of promoters' contribution by contributions from SEBI registered Alternate Investment Funds) are compromises in regulations that ought to have been avoided.

It is unclear how allotment system can be modified to ensure that every retail applicant is allotted a minimum bid lot (of course, the SEBI announcement does qualify the assertion by stating that this would be 'subject to availability of shares'). While proposing this measure, SEBI has also doubled the minimum application size, thereby making it even more difficult to meet the requirement. It is also unclear how applications from retail investors that are not at the 'cut off' price are to be treated for allotment.

Should they not be given preferential allotment since they are willing to take the risk of taking a view on the price of the shares?

Conclusion
The announcements by SEBI fall in two categories: a) simplification and rationalization of procedures to smoothen flow of investment into mutual funds and primary markets, b) expanding the size of the mutual funds industry and the primary market through greater geographical and demographic coverage. While the first purpose is clearly within the ambit of the role of SEBI as a regulator, the second purpose often comes into conflict with its role as a regulator and hence may result in compromises that may have far reaching negative implications from the point of view of enhancing the integrity of markets and processes.

The author is Director, Indian Institute of Management, Ahmedabad