Naive to expect breakthrough reforms from UPA amid political chaos

The UPA government will do its best to follow its economic agenda, but it will be naive to expect breakthrough reforms.

Most agreed inwardly with Bihar Chief Minister Nitish Kumar's comment: "The Congress knows the tricks of remaining in power." And so it has proved so far.

Instead, the question many asked was: would the DMK's pullout make the Congress even more dependant on its allies and thereby hit Prime Minister Manmohan Singh's efforts to push through economic reforms and revive the economy? 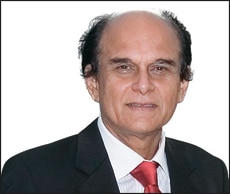 Reforms have not been dependent on allies so much as on the government itself: Harsh C. Mariwala
Industry leaders Business Today spoke to, however, claim there is no reason to worry on this score as well.

"The government will continue to implement the reforms it is committed to," says Adi Godrej, Chairman of Godrej Group. Harsh C. Mariwala, Chairman and Managing Director of consumer goods maker Marico Industries, agrees.

"Reforms have not been dependent on coalition allies so much as on the government itself," he says. But Jagadish Shettigar, economic adviser to former prime minister Atal Bihari Vajpayee, feels expectations should be kept low. "Even if the government is stable, there is only a year left for elections. There is no scope for reforms," he says. General elections are due in May 2014.

There are challenges indeed before the government. It is struggling to boost an economy growing at its slowest pace in a decade. The challenges relate especially to passing crucial legislation in Parliament. While no party wants to be seen as opposing legislation such as the Food Security Bill for fear of being labelled anti-poor, there are differing views on several other proposed laws including the Land Acquisition Bill.

Finance Minister P. Chidambaram though is confident. "I am sure that on the merits of each [reform] bill, political parties will support the government," he said on March 20. A reality check is, however, in order.

Take, for instance, the pension and insurance bills. The BJP supports these, albeit with certain changes. The main Opposition party is willing to back the Congress, and their combined numbers should see both bills through. But, with elections on the anvil, the Congress may find it risky to be seen collaborating with the BJP. This may also provide just the reason for Samajwadi Party chief Mulayam Singh Yadav, who opposes the bills, but is supporting the government, to pull the plug on it. 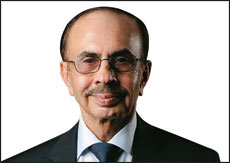 The UPA government will continue to implement the reforms it is committed to: Adi Godrej
Shettigar says the BJP was willing to cooperate with the Congress on these bills during the UPA's first stint in power from 2004 to 2009, but the Left parties were opposed to it at the time. "A similar scenario exists now," he says.

There are also problems in implementing the Goods and Services Tax (GST), considered the biggest reform of the indirect-tax system. Chidambaram is keen on introducing GST by the next fiscal year, but this seems difficult.

"Too much needs to be done, especially on the nitty-gritty of how to administer the GST regime," says R. Kavita Rao, Senior Fellow, National Institute of Public Finance and Policy. There is also the possibility that the Opposition parties may not want to give credit for such a breakthrough reform to the Congress-led government, and may therefore keep stalling it. They would perhaps prefer to wait till after the elections.

The role of Parliamentary Affairs Minister Kamal Nath will be key in getting the crucial bills through Parliament, says T.V. Mohanda s Pai, Chairman, Manipal Universal Learning. Nath has emerged as the government's top trouble-shooter. His skills were on full display during the winter session of Parliament when he managed to get warring rivals Mayawati and Mulayam Singh Yadav to support the government during a debate on foreign direct investment.

Sources say that, given the political scenario, the government has reconciled to the fact that reforms through legislation could hit road blocks. With about Rs 7 trillion (one trillion equals 100,000 crore) worth of projects pending approval, the plan is to first clear those that do not need any changes in the law, says a senior government official. "We will not wait for political consensus," he says. "Many reforms will come through executive orders."

So far, unperturbed by the DMK pullout, the government has been continuing with its economic agenda, such as a stake sale in Steel Authority of India. Chidambaram has been unyielding on meeting the targets of lower fiscal and current-account deficits, and attract ing investment.

Sanjaya Baru, former media adviser to the prime minister, says the steps mentioned in the Budget in February are enough to turn the investment scenario around.

Not everyone is convinced. The economy needs immediate results, says Mahendra Jain, Director at consulting firm Ernst & Young. "Sentiment will improve only when we see concrete actions rather than words."