Withdrawal of high denomination currency notes has the parallel financial system in a quandary, severely affecting lives in rural India.

In the first four days of the demonetisation announcement, the 31 District Central Cooperative (DCC) banks in Maharashtra collected Rs 4,000 crore as deposits in banned currencies through their 3,800 branches, mostly in rural villages.

Their customers were largely farmers and daily wage earners. Usually, DCC banks park the deposits received with state co-operative banks. But when the Reserve Bank of India decided to bar such banks from accepting old notes, fearing exploitation of the system by black money holders who may stash old currency notes in exchange for the new ones, it fuelled a crisis in the rural banking system.

The Rs 4,000 crore - a large part of the deposits was allegedly made by politicians who control most DCC banks - is now lying in the vaults of the quasi banks. This has left the poor farmers who had deposited their hard-earned money in a fix. Finance Minister Arun Jaitley had earlier assured that the money earned through legal routes would not be lost. "But it is not clear how the government will absorb the deposits in DCC banks," says Pramod Karnad, Managing Director, Maharashtra State Cooperative (MSC) Bank.

In fact, demonetisation has left the country's non-banking and informal financial system, which serves the rural hinterlands, in a quandary. Chit funds, gold loan companies and local money lenders have all but gone bust. The flourishing NBFC industry, which borrowed from the banking sector and lent to the non-salaried class in semi-urban and rural areas, has also been hit - while banks are finding it hard to lend to them, borrowers' income has been negatively impacted due to demonetisation. "India's traditional financial system runs on cash. Converting it into cashless in a short time will be simply impossible," says T.S. Sivaramakrishnan, General Secretary, All India Association of Chit Funds (AIACF).

The government had subsequently asked NABARD to resolve the credit issues of farmers as the sowing season was on, and had allowed disbursements of up to Rs 21,000 crore. But the move failed to take off because of a shortage of currency notes. The MSC Bank had also asked for an additional Rs 2,680 crore for crop loans, but it is yet to receive the amount.

Ajay Vir Jakhar, Chairman, Bharat Krishak Samaj, an association of agriculture producers, says the government's move has come as a double whammy for farmers. While credit continues to be a big issue, the prices of perishable commodities - especially fruits and vegitables - fell by at least 30 per cent following a drop in demand. "The rural agrarian economy is completely driven by cash. The whole chain, starting from farmers and wholesalers to middlemen and vendors, operates in cash. The withdrawal of the old currency notes will naturally hit the entire chain," says Jakhar.

There are 367 DCC banks across Maharashtra, Karnantaka, Gujarat, Andhra Pradesh, Tamil Nadu, Kerala, Himachal Pradesh and Uttar Pradesh. In Maharashtra, DCC banks cater to 3.8 million account holders. According to the Maharashtra State Cooperative Banks Association, around 800,000 people are dependent only on DCC banks.

In fact, demonetisation has also affected 11.4 million account holders, majority of them farmers, from 21,085 primary agricultural credit societies (PACS) at the village level, as they are barred from either exchanging old notes or receiving cash.

Kerala Finance Minister T.M. Thomas Isaac says the informal financial system in the state has been irreparably damaged because of demonetisation. The cooperative banks - the state and district cooperative banks are licensed by the RBI, while primary cooperative societies are permitted under the provisions of the State Cooperative Societies Act and are currently overseen by the Registrar of Cooperative Societies - hold more than Rs 60,000 crore in deposits, besides having disbursed over Rs 30,000 crore in loans. The government's move has grounded the entire cooperative banking system in the state. "My government's revenue collection has fallen by 40 per cent in the past four weeks. I fear there will be no money in the treasury next month to pay pension and wages to millions of government employees," says Isaac.

Business has also slowed down in the state. "Those who run restaurants, shops and sell FMCG products have lost over 50 per cent of their businesses. The migrant workers (Kerala has two million migrant unskilled labourers from other states, especially from West Bengal) are returning because of less opportunities," adds Isaac. He says Kerala's economic growth rate will fall this year to 4 per cent from 7 per cent last year due to demonetisation. This will also result in a fall in remittances from non-resident Indians, who account for 35 per cent of the state's economy. The situation is more or less the same in other states. 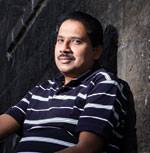 "The unorganised players will be impacted as they do not have online facilities. we have seen a decrease of 40% in loan disbursements and 50% in loan repayments"

Another business in the informal financial system that has been hit is gold loans. George Alexander Muthoot, Managing Director of Muthoot Finance, the largest gold loan company in the country, says the average ticket size of gold loans is Rs 40,000 and almost 70 per cent transactions are in cash. "We have seen a decrease of about 40 per cent in loan disbursements and about 50 per cent in loan repayments."

However, he expects that demonetisation will immensely benefit the organised companies in the sector. "The unorganised players will be impacted as they do not have online transaction facilities," says Muthoot. The unorganised gold loan lenders mostly provide credit to fishermen and farmers in the neighbourhood, including loans for wedding and education. People from low income groups, who have no proper financial proof, depend heavily on these lenders. "Customers in rural india repay loans mostly in cash. the loan requirement has fallen after demonetisation. it may take some time for the economy to recover"

Chit funds are another major source of cash for low income groups. Sivaramakrishnan of the AIACF says there are about 35,000 registered chit funds in the country - mostly in Andhra Pradesh, Tamil Nadu, Karnataka and West Bengal - with an estimated turnover of Rs 40,000 crore. The turnover of unregistered players would be double the size of the registered funds. "After demonetisation, the business of registered companies has fallen by 20 per cent. However, most players in the unorganised sector had to shut shop," he says.

Ramesh Iyer, Vice Chairman and Managing Director, Mahindra & Mahindra Financial Services - one of India's largest rural and agricultural finance companies - says that the move has affected loan disbursements of rural financing companies. "Customers in rural India repay loans mostly in cash. The loan requirement has fallen after the demonetisation move. Repayments are also getting delayed. It might take some time for the economy to recover," says Iyer.

Now, it is up to the government to announce a contingency plan for rural India's cash-based lifeline, with non-banking financial companies and the informal financial system, and the lives they support, coming to a grinding halt. Is the Prime Minister listening? ~