Indian mobile handset brands are losing out to the Chinese as the market shifts to smartphones. Can they stand up to the challenge? 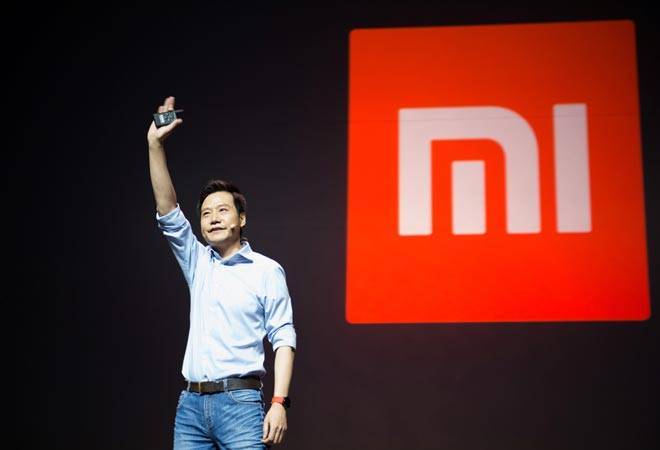 Billboards and placards of Chinese mobile handset brands Oppo and Vivo are omnipresent at Nehru Place, a bustling electronic goods market in South Delhi, dwarfing the presence of rivals like Samsung, Micromax, Karbonn and Lava. "The awareness and demand for Oppo and Vivo mobile phones has risen very sharply," says Balwant Mehta, a distributor in Nehru Place. "These brands also offer better margins to dealers. So every time a customer buys a Vivo or Oppo phone instead of a Samsung or Micromax, the shop owner earns more as well." And it appears to be a similar story across India.

Indeed, a marketing blitzkrieg has catapulted Oppo and Vivo to the top echelons - with a smartphone market share of 9.6 and 12.7 per cent in Q2, 2017 - in a matter of less than 12 months. The gamble of garnering high visibility through high octane advertising over the long term is paying off. Earlier this year, Oppo bagged the sponsorship rights of the Indian national men's cricket team with a bid of Rs1,079 crore for five years. This was more than five times the previous winning bid. Not to be outdone, Vivo retained the sponsorship rights of the Indian Premier League for the next five years with a bid of Rs2,199 crore, a 554 per cent jump in valuation over its own previous bid for the 2016 and 2017 seasons.

The two companies, who share a common lineage -BBK Electronics of China - used to serve as vendors to some of the homegrown brands in India till some time back. The robust growth of these Indian brands between 2012 and 2015 prompted the two firms to enter the market directly. The potential of the market was an obvious attraction. In late 2015, India emerged as the second largest smartphone market in the world overtaking the US in the process.

The rise of Xiaomi, another Chinese brand, in India over the last 12 months has been even more spectacular. The company does not play in the high volume feature phone segment nor does it have a traditional offline sales network. Unlike other Chinese brands, it does not market or advertise its products through conventional mediums. Yet, it has emerged as the second largest smartphone player in India with 15.5 per cent share in Q2 2017 as per Counterpoint Research. Only a year back, it accounted for just 4 per cent of the smartphone market and was not even in the top 5. 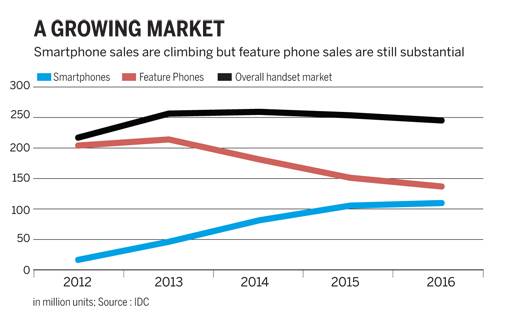 "Two years back, the industry had written us off. A lot of experts had said we will not succeed because we were doing things differently. We were not selling offline and didn't adopt traditional marketing like TV and print ads," says Manu Jain, Managing Director, Xiaomi India. India is now its second biggest market after China.

Indian companies have clearly come up short against Xiaomi's product innovation or Vivo and Oppo's aggressive marketing spends. "Our strategy has always been a 360-degree integrated marketing approach to connect with the youth, which is our prime focus, across all platforms. In India, cricket and Bollywood are two of the most popular platforms to touch our consumers, especially the youth," says Will Yang, Brand Director, Oppo India.

In the second quarter of 2017, Chinese brands-Xiaomi, Vivo, Oppo, Lenovo, Gionee, etc-cornered over 50 per cent of India's 109 million unit annual smartphone market. Only a year ago, their combined might was less than 15 per cent. Indian companies like Micromax, Intex, Reliance LYF and Lava, accounted for nearly 40 per cent of the market. That share has now slid to less than 15 per cent. South Korean electronics giant Samsung though has retained its 24 per cent plus market share at the top of the pie.

Since the Narendra Modi-led NDA government swept to power in mid-2014, there has been a surge of nationalism across the country best exemplified by the meteoric rise of yoga guru Baba Ramdev's Patanjali Industries in the domestic FMCG industry. The scenario in the domestic mobile handset industry is in stark contrast to what is happening elsewhere. Indians are buying mobile phones made by Chinese companies like never before.

There are other reasons for the rather steep decline of Indian handset makers. Most of the companies suffered heavily in the post demonetisation period that saw a substantial decline in cash transactions and offline retail sales. The lack of innovation and R&D capabilities-many Indian firms still buy from Chinese vendors and merely re-badge and sell in India-has probably been an even bigger reason. As more Chinese firms look to enter the lucrative Indian market while existing ones begin to flex their muscles, will the domestic brands be able to quickly get their house in order and fight back? "It will be difficult for Indian vendors to compete directly with China based vendors on marketing budgets. Even at retailers' level to match the margins and spend on below-the-line activities," says Jaipal Singh, market analyst, client devices, IDC India. "Also, the China based vendors primarily cater to the Chinese market, which is four times bigger than the Indian market, thus providing conomies of scale." Feature phones : Not a dead horse

One aspect that differentiates the Indian handset market from all others in the world is the big feature phone segment. The progression from basic entry level feature phones to smartphones has been relatively slow in India. Unlike the US and China, where the market is dominated by smartphones, 136.1 million units of feature phones were sold in India in 2016. The segment has been in in perpetual decline since 2013 when sales had peaked at 213 million units but still accounted for over 55 per cent of all mobile phones sold in India in 2016. As per IDC, in the first quarter of 2017, its share was 52 per cent. Smartphones have been gaining ground but the pace has slowed down in recent times. In 2016, smartphone sales grew by just 5.3 per cent, slowest in five years. Sale of feature phones has also slowed down. Last year, sales declined 9.6 per cent against 16.2 per cent in 2015 and 15.7 per cent in 2014.

"There is a yawning gap in price between a smartphone and a feature phone. So, it will take some time before smartphones stifle feature phones," says Asim Warsi, Senior Vice President, Samsung India Electronics. As China has already become a smartphone market, most Chinese vendors like Xiaomi do not wish to participate in the feature phone market. This opens up an opportunity for Indian handset makers. The quick migration to 4G technology, falling data charges and the need for affordable handsets may offer a scope for resurgence of feature phones and, with them, the Indian brands. "The shift to smartphones has slowed down as they are still priced high as compared to feature phones. Due to higher durability and battery life, feature phones continue to be relevant for most consumers," says Nidhi Sardana Markaday, Business Head, Intex Technologies. "The entry of Reliance Jio with 4G-Volte technology may usher in a new lease of life for them in the form of smart feature phones being created."

Though smartphone prices have also come down, Chinese companies are yet to breach the sub-Rs5000 level, which is the mainstay for all feature phones in the country. Indian companies are trying to drive home the advantage. For instance, Micromax with its latest Bharat Series-a 4G Volte smartphone at Rs 3499. Another driving factor is the deeper penetration of feature phones and connectivity in tier III cities and rural areas. "While China based vendors are not focusing on feature phones, it provides an opportunity to Indian vendors to capture lost share in this segment," says Singh of IDC. "It will not be an easy task though, as prices of components is continuously increasing and bringing in a quality device will be a challenge."

The proliferation of Chinese players in the domestic market may be the biggest trend over the past one year but there are more disruptions in the offing and the market promises to remain highly dynamic. Experts believe there will continue to be widespread changes in size and shape of handsets, screen resolution, cameras and evolution of network, which would offer growth opportunities for both new players and old. A company-Indian, Chinese or other multinational-that identifies potential changes in the market early and innovates, will have a chance to grow fast. "I foresee three disruptions in the market till 2018 and we will play a role in each one of them," says Ashwin Bhandari, CEO, iVOOMi, another new Chinese brand that has entered India recently. "Currently, dual camera phones are a rage but they are all at Rs15,000 plus. The prices will settle below Rs10,000 and there would be phones with not just two but three-four cameras. The shape of the phones will change and there would be no slots in the handsets."

The sense of an intense churn in the offing is universal. Market leader Samsung on June 7 announced a Rs4,915 crore expansion at its mobile handset manufacturing facility in Noida to double capacity to 10 million units every month, or 120 million units annually. Xiaomi also set up its second factory recently in India in collaboration with Foxconn in Andhra Pradesh. The Chinese firm has made no secret of its ambition to take on Samsung's vice-like grip in the domestic market and emerge as the largest player. "Its a large growing market which gives everybody scope to grow. Lets see how it further evolves. We keep track of competition but they do not decide what we do, consumers dictate that," says Warsi of Samsung.

At the same time, Micromax that has suffered the most at the hands of the Chinese-its market share dropped from 16 to 5 per cent-is planning a revival while a clutch of home grown startups may also emerge as serious contenders. "A market which took three years for the consumers to migrate from 2G to 3G, leapfrogged to 4G in just six months. Hence, we are focused on devices that will enable the next phase of smartphone adoption in the country," says Shubhodip Pal, Chief Marketing and Commercial Officer, Micromax Informatics.

The wave of nationalism that is absent in this segment, may manifest itself once any of the homegrown players begin to offer a credible alternative to the Chinese. "The Indian brands are basically trading companies who do not have any R&D and are not capable of countering this surge of products from China. The nationalism wave is real but it is not visible in this industry as there is no alternative," says Mahesh Lingareddy, who founded a two year old Indian IoT startup Smartron that sells smartphones and tablets. He wants to make Smartron the Apple or Amazon of India. "If an Indian product is at par with a Chinese product, the consumer will prefer Indian over Chinese. That is what will tilt the scales in our favour," he says.

Whether a Micromax, Intex or Smartron be able to cash in on the nationalism surge and thwart the Chinese, is a million dollar question.