Crude at $200 a barrel? Perhaps it’s that prospect that has convinced a clutch of Indian businessmen that exploring and producing this commodity that’s getting scarcer by the minute is a lucrative venture. But how many of them will hit pay dirt? Anand Adhikari finds out. Oil: A ticking time bomb

Suite 310, 605-1ST Street S.W. Calgary, Alberta, Canada, is the head office of GeoGlobal Resources Inc., a six-yearold oil & gas exploration startup that is listed on the American Stock Exchange. Last fortnight, GeoGlobal’s share price spurted by over 80 per cent from $2 (Rs 86) per share in early July to $3.75 (Rs 161) per share. The trigger for that appreciation lies in India—more precisely, in the Krishna-Godavari (K-G) Basin on the east coast. 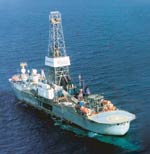 Oil exploration & production: Inviting Indian businessmen
Since its inception in August 2002, GeoGlobal has been on the hunt for oil & gas in India. The company, in partnership with Gujarat State Petroleum Corporation (GSPCL), has yet to earn a single paisa from its Indian operations. In late-July, however, the duo’s efforts finally seemed to be set to pay off, with GSPCL announcing that it has found large reserves of natural gas in the K-G Basin.

GeoGlobal’s story is unique in that, unlike other global majors in India like NIKO, Cairn, Hardy, Santo, Newbury and Petronas, it has no prior experience in oil & gas exploration. It’s also an inspiring story for many in the global marketplace to follow.

To be sure, of late, a number of Indian firms have begun to follow in GeoGlobal’s footsteps by plunging into the highgestation, high-risk area of “upstream oil & gas exploration” for the first time. The reason for their enthusiasm is clearcut: there is plenty of oil & gas waiting to be explored.

Mukesh Ambani’s Reliance Industries (RIL) has been leading the charge with the largest oil & gas acreage of close to three dozen domestic exploration blocks covering an area of about 337,000 sq. km. Till date, RIL has made more than two dozen discoveries, and many more are expected.

A few early birds like Videocon, the Tatas and Selan Exploration have been at it for over a decade now, and the Dhoots of Videocon at least have been raking in the profits.

The fundamental difference in the economic climate in those days in the mid-90s was that oil prices were in the $15-20 per barrel bracket. Such low prices—oil stayed under $30 per barrel till 2003—didn’t exactly encourage players to scale up or new entrants to venture into this sector.

The past four years have brought along dramatic changes, with oil prices hitting an all-time high of $147 (Rs 6,321) a barrel in the second week of July. RIL’s string of gas discoveries in the K-G Basin over this period has also stirred the interest amongst private players.

As a result, a host of players with interests that range from real estate to power to shipping has announced plans to explore and produce oil & gas. Ramashish Rai, Deputy Director General, Directorate of Hydrocarbons, which has been inviting private participation in oil & gas blocks, says corporate interest has been growing rapidly. “We had received as many as 100 bids for a single land block in the recent NELP (New Exploration Licensing Policy) VII round,” says Rai.

Many of those bidders are total rookies in the exploration & production (E&P) arena. Take, for instance, the Mumbai-based realtor HDIL (Housing Develop ment and Infrastructure Ltd), which has been active in the residential, commercial and infrastructure space for three decades but which got listed on the stock exchanges just a year ago. Like its peers DLF and Unitech, HDIL, too, has chosen to diversify away from real estate.

However, whilst DLF has spread its wings into financial services and modern retail and Unitech into telecom, HDIL has chosen oil & gas exploration. Hyderabadbased infrastructure conglomerate, the GVK Group, which has been building airports, highways and power units, has also entered the fray. Others include shipping company Mercator Lines and oil & gas equipment supplier Jindal Drilling. Experts explain that the experience of the existing players has also contributed to the interest of the new entrants. “Videocon and Selan have good discoveries to their credits,” says Rai of Directorate of Hydrocarbons.

It’s all about synergies

Interestingly, almost every new entrant says that its E&P foray is synergistic with its existing operations. In the case of Jindal Drilling, which makes drilling equipment, the integration is evident. “We are looking at shallow water and land blocks that are not too expensive to drill,” says Naresh Kumar, Managing Director, Jindal Drilling.

The company has a long association with public sector giants in the upstream business, like ONGC (Oil and Natural Gas Corporation) and Oil India. “It’s a logical next step for us to forward integrate into oil & gas exploration,” explains Kumar.

Sarang Wadhawan
For other firms, the synergies may be less obvious, but they’re there, insist their promoters. Sarang Wadhawan, Managing Director, HDIL, sees synergies between the energy sector and his core business of real estate.
“Power shortages can play a spoilsport in any large real estate project,” says Wadhawan. A wholly-owned subsidiary, HDIL Oil & Gas, has been floated (although it couldn’t win any blocks in the recent NELP VII).

G.V. Krishna Reddy, Chairman, GVK Group
If HDIL is able to explore and produce oil & gas, it can be utilised to generate power, which, in turn, will light up its real estate projects. Adds G.V. Krishna Reddy, Chairman, GVK Group: “Power is going to be an important commodity over the next 10-20 years. We are also looking at getting into LNG (liquefied natural gas).” The GVK Group has plans to put power capacities of close to 2,000 MW. A diversification into gas can be considered a backward integration.

GVK Energy, a wholly-owned subsidiary of the group, recently got rights for deep water blocks on the west coast in the NELP VII round. Reddy has decided to concentrate on the west coast. “There is no point managing bids at different locations as development requires various seismic studies. It is easy to cover a huge area of over 35,000 sq. km at one place,” reasons Reddy.