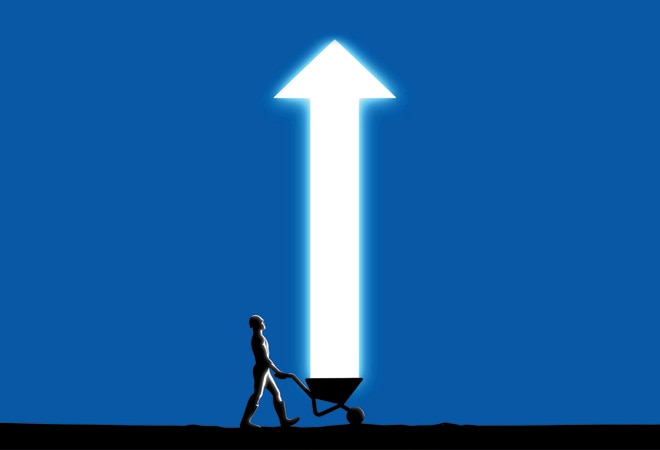 After an unprecedented year in 2020, Indias manufacturing sector is already facing its first major challenge in 2021 - rising raw material prices. Since the economy started opening up in May last year, prices of key inputs such as steel, copper, aluminium, rubber, plastic and cement have gone up sharply.

Depending on the grade, prices of steel have shot up between 24 and 50 per cent. Since August, the average monthly price of hot rolled coil - a benchmark grade of the commodity - has risen by over Rs 14,000 per tonne to Rs 65,044 per tonne in December, a near 30 per cent jump. Similarly, copper prices have gone up by 25 per cent, rubber by 35 per cent and aluminium by 13 per cent. Prices of cement have grown at a more sedate pace, but over a much longer period of time - more than 16 per cent since January 2019.

Most of it is largely due to global factors. A strong rebound in China, the world's second-largest economy and the largest consumer of base metals, created a demand-supply gap, pushing up prices of most commodities. Domestic prices have mirrored the trend, putting pressure on sectors ranging from automobiles and consumer appliances to housing and infrastructure. Most companies had to absorb part of the cost and pass on the rest to consumers at a time when overall economic recovery is still circumspect.

Since January 1, car and two-wheeler companies have hiked prices by 2-5 per cent, while consumer durable firms have increased prices of appliances, including television sets, washing machines, air conditioners and dish washers, by 3-4 per cent.

"We made all efforts to reduce our costs and have deferred price increases for a significant duration, but the quantum of input cost increase is such that we could not have held on for much longer," says Veejay Nakra, CEO, Automotive Division, Mahindra and Mahindra.

Concerns are being raised within the government as well. Minister for Road Transport, Highways, Micro, Small and Medium Enterprises, Nitin Gadkari has cautioned steel and cement companies to not profiteer. He even shot off a letter to Prime Minister Narendra Modi and Minister for Steel Dharmendra Pradhan expressing his concerns on the issue.

"A long-term policy is needed for steel and cement manufacturers... a uniform policy," he said, while addressing an event organised by industry body ASSOCHAM on December 17. "If the price hike had been in the range of 15-20 per cent, it could have been justified, but it is abysmally high. It inflates project costs and makes them unviable."

On January 23, Gadkari went a step further, saying he would permit the use of synthetic fibre and composite fibre bars as alternatives to steel for construction of roads and bridges. "Nearly 40 per cent of steel and cement are used in highway construction. If they dont reduce prices, we will formulate alternative policies," he said. "I am going to settle my issue with them. Now, we are planning to allow synthetic fibre in place of steel."

The hike in prices could not have come at a more inopportune time for consumer-facing industries. Following the un-lockdown phase where most sectors saw better-than-expected sales on account of pent-up demand, the festival season gave more reasons for hope of a full recovery in demand. In December for example, retail sale of automobiles logged its first growth in a month in the current fiscal. Questions on whether this was sustainable in the New Year were already in the air, and companies fear a price hike, howsoever small, may act as a dampener.

"The prospects for January are bleak... it could be a very challenging month," says Vinkesh Gulati, President, Federation of Automobile Dealers Federation (FADA). "Demand has slowly crept up, but there are a lot of uncertainties and these are still challenging times. It would have been better if there was no price hike at this time."

The fear is that there may be more price escalations in future. In its latest report, rating agency CRISIL said domestic prices of steel are still 6-8 per cent below global-landed prices. "Put in another way, there is room to raise domestic prices further given they move in sync with the world trend," it said. "We expect steel prices to remain high in the January-March 2021 quarter with a sequential price hike of Rs 7,000-8,500 per tonne. Consequently, flat steel prices are seen 14-15 per cent higher year-on-year this fiscal." This could mean another round of price hikes, something industries are already bracing themselves for. But nobody is happy about it.

"Between October 2020 and January 2021, we have seen a 15 per cent increase in raw material prices, which means a 5-6 per cent increase in cost of products. We have passed on 3-4 per cent of it and absorbed the rest," says Manish Sharma, President and CEO, Panasonic, India and South Asia. "The trend is towards another potential price hike in April as commodity prices are still rising, which is not a good situation."

Anil Rai Gupta, Chairman and Managing Director of the Rs 10,000-crore Havells Group, believes the impact of price rise will be two pronged - on the margins of companies as well as on consumers.

"After the lockdown, the industry has been quick to rebound and demand has been robust. On the consumption side the forecast continues to be good, but there is a worry that a price escalation may dampen it," he says. "We are trying to absorb it as much as possible, but some part of it will have to be passed on in the coming months."

While global commodity prices are generally high due to strong demand from China, its largest consumer, which recovered from the virus faster and sooner than the others, there are local factors at play as well. Shutdown of India's largest copper smelting factory, Sterlite Copper's plant in Thoothukudi in Tamil Nadu, has created a shortage of the metal in the domestic market, not only impacting prices, but turning India into a net importer.

"While on the one side the country is aspiring to become self-reliant, the illogical shutdown of India's largest copper smelter has now made the industry dependent on imports," said Pankaj Kumar, CEO, Sterlite Copper, while speaking to Business Today in December 2020. "The shutdown of our factory has also pushed up prices of copper. We have maintained since the beginning that there is no basis for the shutdown and we should be allowed to reopen it. It is in the larger interest of the country."

On their part, steel companies argue their own costs have gone up as well due to a steep hike in the cost of iron ore - a key raw material in steel-making. Global iron ore prices have surged by 47 per cent between April and November 2020. In India, it has been exacerbated by a shortage of ore as production took a hit in 2020 due to closure of 21 mines in March 2020.

"Steel prices have gone up in India, but it is in line with global trends. Our costs have also gone up as iron ore prices have increased as well," says V.R. Sharma, Managing Director of Jindal Steel and Power Ltd. "Steel prices affect everybody in the economy and viability of projects depend on it. We need to tread with caution and I do not expect any increase in prices in the next few months"

Unfortunately for real estate companies, the current round of price hike has happened when the first greenshoots of demand became visible after a near seven-year downturn. Real estate firms say buyers are slowly coming back into the market and the sector witnessed an uptick in demand for projects during the festival season.

"Real estate prices are at historic lows, so are home loan rates, while consumers have saved more during the lockdown. That along with pent-up demand has resulted in some recovery," says Pankaj Bajaj, President, CREDAI NCR. "The gap between the cost of a flat and a consumer's affordability has come down to hit a sweet spot, which can potentially usher in an upcycle that can last a few years. Ours is an industry that badly needs it, but high raw material prices threaten to upset the favourable mathematics."

An analysis of the financial performance of 41 cement companies by CARE Ratings shows the operating margin of the industry improved to 26.2 per cent in the first half of FY21, from 22.5 per cent in H1 FY20. This is largely on the back of favourable raw material costs - limestone, coal and petcoke in the case of cement - which fell 20.3 per cent during H1 FY21.

Profitability of steel companies has also improved. CRISIL says large steel mills excluding public sector ones saw a 7.4 percentage point improvement in margins in the second quarter after plunging 6 percentage points in the first quarter of FY21. For the fiscal as a whole, margins would improve by 5.5-6.5 percentage points. "Improved realisation, healthy demand and lower coking coal prices augur well for operating margins of steel mills, especially in the second half of the current fiscal," according to the report. Not surprisingly, the clamour for reigning the industry in by putting a cap on prices or making imports favourable, has increased. It is also making companies nervous.

"Steel companies have been carrying losses on their books for so many years and this (high prices) will enable us to offset those losses," says Sharma of JSPL. "In an open-market economy, nobody can say how much profit a company can make. You can punish us if there are unfair trade practices like hoarding of goods or cartelisation."

One industry's profit is another's loss. The perfect balance between the two is often elusive, but for an economy technically in a recession, high raw material prices could impede recovery.

"We Need to Reach Out to Millennials Globally"