Online Gaming: Show Me the Money

Stuck at home with limited sport and entertainment options, many are taking to online gaming. While companies hope to retain the surge in users, gaming is yet to make big money in India
Rukmini Rao | Print Edition: September 6, 2020 Indians love anything that's free. The number of cashbacks, extended promotional offers and discounting by start-ups bear testimony to this. Online gaming, too, is no exception - most games are free-to-play mobile applications, part of subscriptions (bundled offering by telecom operators to existing subscribers), gaming events and streaming e-sports. Subscription revenues, therefore, are way lower as a percentage of advertising revenues in India.

Globally, online gaming is a $150-billion industry with nearly two billion users across all forms. The gamers use mobile devices, personal computers or gaming consoles - Xbox, PlayStation and others. Games on these platforms are either real money games (RMG), e-sports (tournament games) or casual games played on different mobile devices. 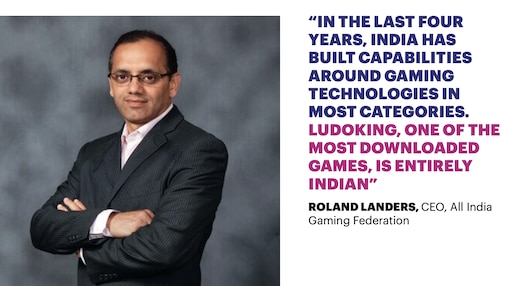 While companies in India are still largely dependent on advertising revenues, alternative models of monetisation are emerging. "This year we are looking at launching a new monetisation model. In addition to advertising, we are creating opportunities for users to pay on the app. They will pay for live sessions, for gifting subscription, which we believe will become a pretty formidable business," says Piyush Kumar, CEO and Founder of sports fan community content platform Rooter.

Bhavin Pandya, Co-Founder and CEO, Games 24X7, which runs Rummycircle.com, explains how things have changed in the last four months. In the days before the lockdown, millions of young and not-so-young Indians were daily hunched over their mobile phones in public transport across the country. While many watched videos, quite a few would be playing online games. Today, with everyone stuck at home, with limited entertainment, sports or outing options, online gaming companies are seeing a surge in users and time spent on gaming platforms. In fact, in the last few months, online gaming in India has seen 80-90 per cent growth depending on the category, compared to the average annual growth of 40 per cent, according to experts. However, despite a large user base, gaming revenues in India are minuscule compared to the US, China, Japan or South Korea. India does not figure in the top 10, while Canada, Italy and Spain with 30-50 million users generate upwards of $2.6 billion. According to Newzoo's 2020 Global Games market report, of the total revenues of $147.5 billion in 2019, 73 per cent came from in-game purchases. Globally, in-app purchases account for nearly 80 per cent of revenues. In India, in app purchases are at less than 10 per cent, while advertising accounts for 90 per cent. Says Raghav Anand, Digital Media Leader, EY, "In India, many companies like Jio, Paytm give bundled pricing, which is very low, while volume uptick is very high. This parity is not going to vanish very soon."

According to boutique investment firm Maple Capital Advisors, India's gaming industry is currently valued at $930 million, and is expected to grow at 41 per cent annually due to the growth of digital infrastructure and a rise in quality and gaming content. By 2024, it is projected to reach $3.7 billion. While real money games have shown substantial growth and profitability, other platforms, too, have demonstrated good unit economics and 10-30 per cent EBITDA margins. In India, online fantasy sports (OFS) companies operate on a platform fee model (10-15 per cent depending on the market and popularity of the sport) for paid contests hosted on the platform. A KPMG report on Online Fantasy Sports puts the total revenue of OFS operators at Rs 920 crore in FY19, which trebled to Rs 2,470 crore in FY20, driven by growth in user engagement and contest entry amount.

Pankaj Karna, Managing Director, Maple Capital Advisors, believes venture capitalists have started making meaningful investments, and it is likely that private equity will enter gaming in a more meaningful way. "We have seen growing investment traction in gaming with over $350 million of investments. With growing Internet penetration, compelling economics, usage statistics and increasing ecosystem of entrepreneurs and developers focusing on this space, we expect good growth in investments. It is likely to at least double in this space in the next 1-2 years," he says. 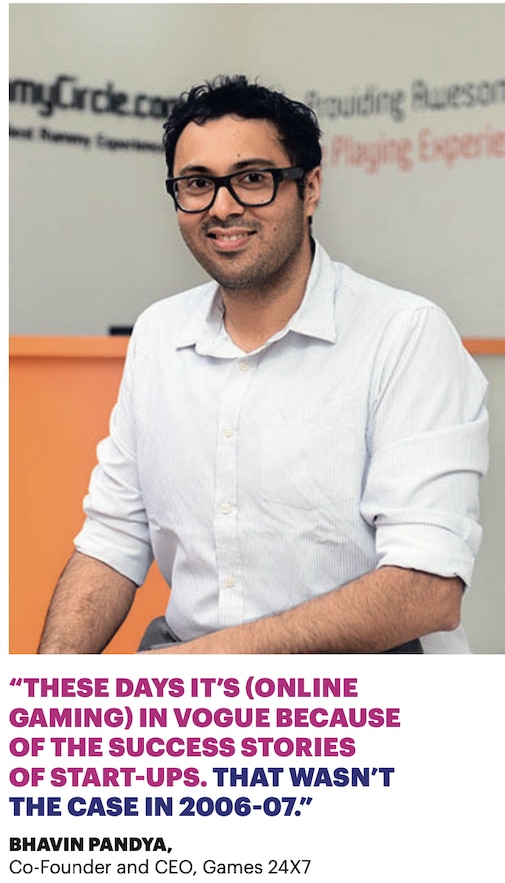 For instance, Rooter, which has a strategic partnership with Paytm First Games, raised a Pre-series A round of $1.7 million from key investors such as Paytm, leAD Sports, Adidas Family-backed Fund, Rockstud Capital, and Founder Bank Capital Anthill Ventures, Venture Catalysts, among others, amid the lockdown in May.

Today India has around 400 gaming start-ups. Out of the 300 million online gamers in India, an estimated 85 per cent are mobile gamers. However, Bhavin recalls the early days when no one wanted to work out of a basement or a garage. "These days it's in vogue because of the success stories of start-ups. That wasn't the case in 2006-07" he says.

It took Bhavin nearly three years to launch its rummy game in 2009. Today developers roll out games in a few months because of talent, capital and maturing game developer ecosystem. Apart from casual gaming, e-sports and online fantasy sports are also seeing a huge surge in numbers. 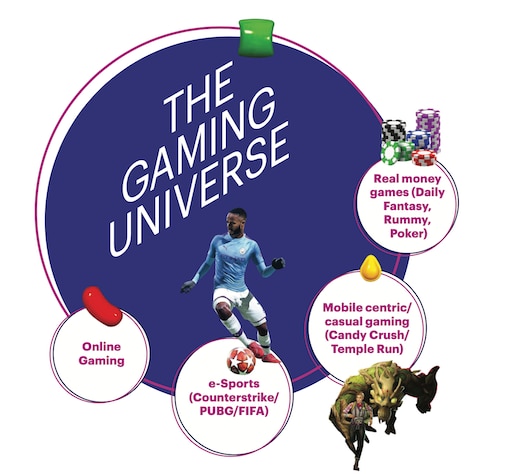 Siddhartha says that this year's first season has already seen over 16,000 registrations. Rooter, which was seeing huge engagement on live sports, surprisingly didn't see any significant dip in user engagement despite no live matches. NODWIN, which also hosts the PUBG Mobile India Series (PMIS) championship for Tencent in India, increased the number of qualifying teams from 228 to 992 this year, with nearly 1.5-2 lakh people registering for PMIS, with a prize money of Rs 50 lakh. On the back of this success, the company is in talks to jointly own the IP with Tencent.

Despite the lack of live sports after the lockdown, fans continued engagement on videos and other topics of their favourite stars, says Kumar of Rooter, which upgraded into gaming and eSports recently. "The time spent by users has gone up 1.8 x because of gaming and sports coming together. The number sessions have gone up by 1.5x and the user base has grown 1.3 x since March," he adds.

The increased penetration of online gaming has had a positive impact on game developer or publisher landscape. Roland Landers, CEO, All India Gaming Federation, says from just a handful of tech companies a few years ago, India today has over 300 companies developing games. "In the last four years, India has built capabilities around gaming technologies in most categories. LudoKing, one of the most downloaded games, is entirely Indian" he says. Experts believe with the current talent, even mobile games development could see increased off-shoring.

While the gaming user base may have grown substantially during the lockdown, the question is, is the momentum sustainable? "We believe once people go back to work and other things start opening, the growth rate might not be sustained and revert to 40 -45 per cent. But, the number of new people on gaming platforms will be significant, with a net 10-15 million users," says EYs Anand.

Gaming companies are going all out to retain new users. Yash Pariani, Founder and CEO, Indian Gaming League, says it would be important to segregate games which target different age groups and schedule the tournament at a suitable time for the masses.

IGL says it saw over 1,000 per cent growth in total views and watch time on its YouTube channel, which broadcasts its daily PUBG Mobile and Call of Duty Mobile live streams and over 3,000 hours of watch time in May. "Since the surge in growth during the lockdown, the aim is to retain users via engagement by offering grand tournaments with high prize pools held over a few weeks," says Pariani.

9stacks, which runs online poker, saw 100 per cent jump in new users and an overall 40-50 per cent increase in paid activity, feels that an uplift of 30-40 per cent of users is here to stay. It has now introduced voice-enabled tables, where players can talk to each other while they play, whereas earlier, it was just a chat feature. "When you consider that feature along with our industry-leading promotions and private tables for users to play only with their friends and relatives, we think we have a recipe for lasting retention beyond the lockdown" says Sudhir Kamath, CEO & Co-Founder, 9Stacks.

It's still early days for gaming in India. The trends are in the right direction. Things will fall into place once the Indian gamer is willing to spend. That will happen as younger Indians get the gaming bug.

Consumption Gets a Bharat Boost