Shop on the Go South Koreans have amongst the longest working hours in the world, with young, upwardly mobile executives often too busy to go shopping for grocery at a traditional store. The UK's giant retailer, Tesco, sought to turn this disadvantage to its benefit. It introduced "virtual stores", which are essentially a display of products on walls of metro stations and bus stops. Commuters, especially the tech-savvy, ultra-busy lot, could scan the QR codes of the products on display with their smartphones, and place their orders even as they waited for their trains or buses. This case study looks at how Tesco "virtually" created a new market based on a country's lifestyle.

In 2011, when domestic sales of the UK's retail giant Tesco slumped, it fell back on its second-largest market, Asia, which accounted for 30 per cent of its total profit. Tesco's success in Asia, and specifically in South Korea - currently its largest market outside the UK - is based on its ability to adapt to the local consumer.

Tesco's expansion into Asia has been an important focus for the company since the late 1990s. Following its acquisition of Thailand's Lotus in May 1998, the company announced a 142-million investment in South Korea in March 1999 by partnering with Samsung to develop hypermarkets. Through its tie-up with Samsung, Tesco made a localisation effort to adapt its Homeplus stores to the local consumer.

The latest example of this localisation was the launch in 2011 of its first virtual store, located in a Seoul subway station, an idea based on the observation that the typical Seoul commuter did not have the time to shop at her nearest brick-and-mortar Homeplus store.

The virtual stores are set up in public spaces, most often in subways and bus stops with high foot traffic and frequented daily by tech-savvy commuters. This is how such stores work:

- They then use their smartphones to scan the QR codes of the products they want to purchase. The posters in the virtual stores are designed to resemble the actual aisles and shelves of a regular Tesco store, making the experience very user-friendly.

- The scanned products are stored in the customers' online shopping basket, who pay online once their order is completed. Homeplus reported that the majority of the orders are placed at 10 am and 4 pm, when people are commuting to and from work.

- Customers schedule a time for home delivery. Same-day delivery is the norm, so that customers can get their products by the time they get back home from work.

South Korea, a country of around 50 million people, is the fourth-largest economy in Asia and the 12th largest in the world. Compared to other Asian countries, South Koreans generally have higher levels of education, higher average household income, and better living standards. Over the past few decades, the country has built itself up with its largest resource - people - and has achieved rapid economic growth through exports of manufactured goods. It is now a major producer of automobiles, electronics, steel and high-technology products such as digital monitors, mobile phones, and semiconductors.

Over the past decade, South Korea has advanced tremendously and has been shaped by constant innovation, technology and westernisation. In today's world, shopping habits and behaviour of South Korean consumers are impacted by several key factors.

Extensive use of technology/connectivity: According to a report by McKinsey & Co., South Korea is one of the most advanced countries in terms of broadband penetration, and has more than 10 million smartphone users. In other words, one in five South Koreans use a smartphone. Additionally, according to Nielsen, households in South Korea are making six per cent fewer shopping trips. When they do shop for products, an increasing number of South Koreans go online.

Long working hours/busy lifestyle: Although the average annual hours worked per person in South Korea is declining, the country still comes out top among OECD countries with 2,193 hours. This is perhaps unsurprising, as the work ethic and lifestyle of South Koreans get shaped at a young age. According to the BBC, South Korean parents spend thousands of pounds a year on after-school tuition on an industrial scale. There are just under 100,000 hagwons or private academies in South Korea and around three-quarters of Korean children attend them.

The introduction of Tesco's virtual stores in subways made use of time spent by commuters waiting for public transportation, allowing buyers to use the little time they have available for grocery shopping. Not only did this change the way buyers shopped, it also increased the potential market for Tesco. These buyers may not have otherwise had time to go grocery shopping between their personal and professional lives, opting to buy take-out instead.

All of this implies that grocery customers in South Korea are more time-poor and less price-sensitive. They value convenience and technology to accommodate their busy lifestyle. Buying on the move: Tesco's virtual stores in subways made use of time spent by commuters waiting for public transportation (Image Courtesy : Lildoremi.org)
Globally, Tesco's customers are price-driven buyers who look for value and/or convenience. According to its corporate website, Tesco's customers care about the following areas: (1) price and value (2) multichannel and convenience, and (3) trust. Typically, therefore, the company's value proposition is to provide customers with the products that they want at a low price. Tesco executes this proposition through multiple channels, including hypermarkets, grocery stores, convenience stores and online. When Tesco first entered South Korea, it offered this value proposition for the local customer: to provide the variety of products that the South Korean customer wants at a low cost in a beautiful store environment.

As the economy progressed and South Koreans invested more time and money into their careers and high-tech devices, Tesco adapted its value proposition to fit its on-the-go customers. By introducing the virtual store, Tesco Homeplus is able to execute its new localised value proposition: provide the variety of products that the customer wants in a convenient location and at a low cost.

In South Korea, it can be argued that Tesco's customer values multichannel options (for example, online and mobile), and convenience much more than price. According to a March 2013 research from MasterCard, around 40 per cent of online shoppers in South Korea used their smartphones to make a purchase in the previous three months.

In addition to the virtual store's strong value proposition, Homeplus has also developed a strong image and experience that mutually reinforce this value proposition. The Homeplus virtual stores attract their customers through their quick, tech-savvy, and cool image. They sell to their customer by offering the value of extreme convenience that the customer requires. And they are able to keep their customers by offering them the satisfying experience of easy-to-use technology, on-time delivery and quality products. Given that the South Korean on-the-go customer places much greater value on convenience than on low prices, Tesco Homeplus may have been enticed to increase product prices through their virtual store channel. However, we believe that Homeplus decided not to increase prices in order to maintain its overall Homeplus value proposition, which hinges on providing desired products at low prices.

This case study highlights important learnings that can be applied, generally, to other businesses:

Customer-based marketing: A "real-world" application of the new marketing paradigm, in which the process starts with the consumer and his or her needs, as opposed to with the product.

Customer segmentation: When you enter a new market/geography, companies need to understand and analyse consumer behaviour trends, including shopping habits and purchasing behaviour, to identify who the valued customers are and how they behave.

Innovative marketing: The way marketing can be used innovatively to target captured audiences (such as commuters waiting for the next train in a station).

Brand Extension: One option that Tesco Homeplus may have considered in order to take advantage of is to create a new brand for the virtual stores that would have remained independent from the Homeplus brand and, therefore, limited the risk to the Homeplus brand by increasing prices. 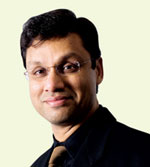 Nirmalya Kumar, visiting professor of Marketing, London Business School
"Despite Tesco's many problems, it has been a leader in developing multichannel solutions"

One of the most dramatic changes in retailing over the past two decades is its rapid globalisation. As a result, what used to be a local, unsophisticated, "mom and pop" business is being transformed into a global and technology-intensive growth sector. In support of this thesis, consider premier global retailing brand names - such as ALDI, Body Shop, H&M, IKEA, Marks & Spencer, Toys R Us, Walmart, and Zara - who are adorning the streets of several countries. They combine their finely-tuned value proposition with superior retailing skills, global sourcing, and access to capital to create value for both their customers and shareholders. Going international is one of the primary growth strategies available to a retailer when its domestic market is saturated.

Despite the popularity of globalisation in retailing, most retailers are still struggling to develop competencies to succeed in global markets. To what extent should the "original" format and merchandise be adapted is a major issue. Walmart learnt this the hard way when its initial entry into China had the wrong merchandise. On the other hand, Mexican customers were disappointed when they did not find enough imported US merchandise in the Walmart stores. Toys R Us has learnt that there are differences in consumption patterns. The Japanese demand electronic toys, other Asian consumers demand educational toys, Europeans favour traditional toys, while American kids prefer television- and movie-endorsed toys.

The Tesco case in South Korea demonstrates that despite the company's many problems, it has been a leader in developing multichannel solutions. With consumers preferring the convenience and selection of e-commerce, traditional brick-and-mortar retailers are challenged to address how to serve this customer profitably. The home-delivery option is much valued by consumers but cannot be as profitable as the traditional store. Therein lies the dilemma. Virtual retail, such as Tesco Homeplus in South Korea, is an innovative concept that has witnessed success in various forms across developed markets. Today, we can be optimistic about the acceptance of new concepts by Indian consumers with the recent success of e-commerce and increasing penetration of smartphones - online shoppers have grown to 35 million from 8 million in 2012, and smartphone users have climbed four-fold to over 110 mn in the same period. A virtual store would offer consumers the 'convenience' of online retail and the 'experience' of brick-and-mortar stores. However, we can expect significant challenges in implementation in India.

The target segment would be very niche - young, urban, middle class, time-strapped, convenience seekers, whose needs are fulfilled by either neighbourhood mom-and-pop stores, or e-commerce sites like BigBasket.com and LocalBanya.com. To reach this niche target consumer with virtual stores would be different in every Indian city. Mass public transport transit areas, such as local train stations in Mumbai, are unlikely to be successful given the high traffic and quick movement, while tier-I city airports may be ideal given the audience and transit time.

The success of virtual retail would also hinge on a strong back-end for order fulfilment and a supply chain enabling timely delivery. An extension by online retailers or organised neighbourhood retail chains such as Godrej's Natures Basket or Reliance Fresh, who have an existing set up could prove successful. However, such a concept may not be viable on a standalone basis. A hybrid model could be a marketplace aggregator who could use the existing kirana stores for delivery.

As the concept is fascinating to consumers, virtual stores could see acceptance largely for top-up or impulse purchases.

How Starbucks survived financial crisis of 2008

How TOMS Shoes makes profit from a cause