The world at its feet

Executive Summary: Until the early 1990s, Brazil's Havaianas slippers were perceived as a poor man's product. In appearance, these slippers, made by Sao Paulo Alpargatas, are very similar to India's ubiquitous 'Hawai chappals'. A sharp drop in sales in 1993 forced the company to revamp the brand's image. Today, while it is still a product for the masses, Havaianas has come to be perceived as a premium brand as well. And Alpargatas is taking it global. This is the story of that remarkable transformation. 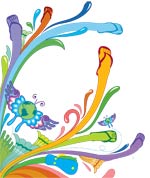 Photo: Illustrations by Santosh
In 1883 two immigrant Argentines, Juan Echegaray, who hailed from Spain's Basque region, and Robert Fraser, a Scotsman whose family was in the textile business, formed a partnership to manufacture low-cost footwear. Little did they know then that Alpargatas, the company they formed, would spawn a business empire and a footwear brand that would become famous worldwide. In 1907, the company set up a unit in Sao Paulo, Brazil. The subsidiary, Sao Paulo Alpargatas, was taken over by Brazilian investors in the 1980s and has become the largest public footwear company in Latin America. In 2011, its net sales rose 15.4 per cent to approximately $1.27 billion while net income, at approximately $152 million, was the highest in its history. Today, the company, renamed Alpargatas, has six manufacturing plants in Brazil and eight in Argentina. It manages a portfolio of eight major brands: Rainha, Sete Leguas, Topper, Dupe, Havaianas, Timberland, Mizuno and Meggashop. Of these, it is best known for the Havaianas brand of "flipflops" or slippers.Launched in 1962, the Havaianas flip-flops are similar in appearance to India's ubiquitous Hawai brand of chappals. Within a year of launch, the simple and cheap sandals were selling like hot cakes, racking up sales of more than a thousand pairs a day. However, as such, there was no marketing strategy for the brand. Alpargatas had not given much consideration to customer perceptions and did not invest in the brand. In part this was because of the difficult economic conditions prevailing in Brazil during the 1980s. As a consequence, the flip-flops were sold to customers in every socio-economic category with no differentiation.

To be fair, the company did not need a strategy at the time; it controlled 90 per cent of the domestic market and was selling nearly 100 million pairs of slippers each year.

However, Brazil's economy began to improve in the early 1990s, and ordinary citizens started to reap the benefits of the resurgence and had more money to spend. Ironically, this improvement also saw consumers deserting the "cheap" Havaianas slippers, which were seen as something worn by maids and construction workers. This development also coincided with the entry of new unbranded competitors in the domestic market.

Consequently, Havaianas's sales suffered, dropping 35 per cent in 1993 to 65 million pairs. The loss in sales forced the Alpargatas management to radically change the way it thought about the simple rubber flip-flops. It was clear that Havaianas needed a marketing push and could no longer survive as just a commodity.

The company revamped the brand by introducing new colours, new packaging and displays and investing heavily in promotional campaigns. Over time, customers came to associate Havaianas with a relaxed and irreverent attitude. This perception was driven by a series of funny advertisements that depicted artistes wearing Havaianas outdoors - at the beach, while shopping, etc. Simultaneously, a media campaign was launched with celebrities endorsing the product. These advertisements caught the attention of consumers and helped reinforce the new brand associations.

The Havaianas range grew from just two models to over 25 (and many more, later), in a variety of colours. While the cheap, commoditised mass model was retained, the new ones were priced five to six times higher. The premium products were packaged in boxes similar to those of shoes. Soon, the slippers began to appear in display windows.

Even as the Havaianas brand regained its dominance over the Brazilian domestic market, Alpargatas began eyeing its Latin American neighbourhood. The company's experience licensing foreign brands such as Nike and Timberland in Brazil, and representing them in other Latin American countries, helped. The proximity and cultural similarities of these markets to Brazil, combined with its knowledge of this regional market, made it logical for Alpargatas to expand Havaianas into the region.

In 2007 and 2008, the company launched the Havaianas brand in New York and Paris, respectively. The brand was positioned at the higher end, as there was an abundance of low-cost competitors. The makeover of Havaianas in Brazil had already catapulted it into the premium segment. Besides, US consumers had greater purchasing power compared with consumers in Latin America.

The company has taken great care to identify Havaianas with the Brazilian spirit. This is in line with what consumers love about Brazil: vibrant colours, youthfulness, sensuality, joy and fun, among other positive characteristics.

Since Havaianas was being marketed as a high-end item in the US, it was restricted to chains such as Saks Fifth Avenue. As sales increased in the US, Havaianas opened its first retail shop in Huntington Beach, California. The sleek 1,250 square foot store featured the brand's largest US selection, with over 150 styles.

Prices started from $16 and went up to $200 for customdesigned Swarovski crystal studded sandals and shoes. The wide price range was aimed at capturing different customer segments with different expectations - from the casual fashion seeker to the 'willbuy-at-any-cost' type. But the entry price point was still $16 to differentiate Havaianas from the lower end market.

The Brazilian company recently revealed plans to launch Havaianas in India and Pakistan, two highly populated countries where it has no presence, and where such slippers are very popular. It is planning to partner with local distributors, as the majority of sales in both countries still take place through traditional retail channels, as opposed to the online route popular in some countries. In June 2008, Bata India sold its Hawai brand to Alpargatas, for a reported $0.9 million.

The internationalisation strategy has not diverted Alpargatas's attention from its domestic customers in Brazil. The company continues to pay special attention to its home market, which also acts as a test bed for new product launches.

An example being a tote bag launched first in Brazil and elsewhere a year later. Havaianas's international recognition has also had a positive effect back home, making domestic consumers proud of its success. The result of all of this hard work is that Havaianas accounts for almost 85 per cent of the sandals sold in Brazil today.

For Havaianas, the future is very much in its present. As long as it remains true to its Brazilian roots, it will continue to sell the idea that is Brazil.