Leasing of high-end products and services is a growing business

Mumbai-based Faiyaz Abdul Rehman Shaikh, a 33-year-old IT professional, wanted to propose to his long-time girlfriend Palak Singhal, and wanted the event to be so fabulous that the memories last forever (and she say yes.) Shaikh approached a city-based private jet and helicopter rental company, Accretion Aviation, and rented a three-seater charter plane for a thirty-minute aerial tour of the city. "The plane started from Juhu, and during the flight I proposed to Palak. This is a once in a lifetime event and it was both romantic and luxurious," says Shaikh. "My fiance was very surprised."

Bengaluru-based entrepreneur Nikhil Sikri wanted to drive a Mercedes for his wedding two years ago. "Investing in one would have cost a lot. It was just for a few days and I did not want to invest such a huge amount. So I rented a Mercedes Benz GLC from a self-drive car rental company. It made much more sense," Sikri says.

From designer apparel, watches, bags, shoes and furniture to high-end cars, super bikes, yachts, private jets and experiences such as a stay at a palace or a heritage bungalow, a lot of what is considered 'luxury' is mow available on lease. "The modern generation wants access to luxury, but does not want to own it," says Sabena Puri, Co-founder and CEO of Stage3, a Delhi-based company that leases out designer clothes, accessories and jewellery. "This attitude is what defines the sharing economy in the luxury industry," she says.

The idea of renting in luxury is not new; men's formal wear such as tuxedos for black tie events have been available on lease for long. However, with technology and online retailing becoming commonplace, luxury renting has become more accessible and convenient, and the horizon has expanded. Necker Island, British business magnate Richard Branson's property in British Virgin Islands (available for $77,500 per night), attracts a lot of celebrities and entrepreneurs, and has even welcomed former US President Barack Obama. 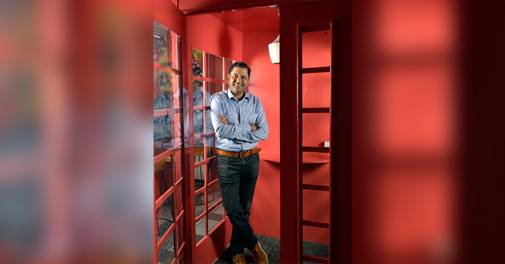 In India, too, private islands and beach resorts are attracting more customers, especially with destination weddings getting popular. "Till about five years ago, this trend was restricted to film stars and high profile business families. However, over the past two-three years, senior executives of companies and small business owners have been opting for beach weddings or renting palaces for destination weddings. This trend is increasing," says Sharat Dhall, Chief Operating Officer (B2C), Yatra.com. Offline luxury rental in fashion, cars or some other experiences was associated with those with business backgrounds. "With technology and online app-based platforms coming in, middle class or upper middle class consumers can also experience luxury," says Yash Malik, Founder and CEO of The LuxePass, a lifestyle app through which people who are not staying at the hotels can also use hotel amenities such as gyms, pools and spas at 25 hotels in Delhi-NCR and Mumbai at present, including Le Meridian in Delhi, The Leela Ambience in Gurgaon and Taj Wellington Mews in Mumbai. Launched in June 2019, it has 2,000 registered users, adds Malik. (Read more about this start-up on Fine Living Made Easy)

Aspirational millennials who want famous brands but are not willing to put in big money are the biggest consumers of luxury on lease. "The new generation wants changes and craves to wear, say, a Ritu Kumar lehenga or a Manish Malhotra sherwani. This is one of the major drivers," says Pranay Surana, Co-founder, Flyrobe, an occasion-wear leasing company.

"Accessories like jewellery are very costly and one may get bored after wearing a few times. Renting gives more options, say, something simple for smaller occasions and complete sets for grand functions," says Chennai-based home maker Priya Thangavel, who has leased jewellery a couple of times.

There is also a desire to be sustainable. Leasing items means higher consumption of the same resources; this is particularly true in the fashion industry. "Luxury apparel is not for everyday use. The garments often stay in the wardrobe after just one use. Eventually, they will go to the landfill. Renting not only saves money but is also a greener option," says a Bengaluru-based IT professional who chose to wear a leased designer lehenga for her sister's wedding.

"The pay-as-you-use model is being adopted everywhere; luxury is also becoming a part of it," says Malik of The LuxePass. Globally, the luxury market grew 5 per cent in 2018, to an estimated Euro 1.2 trillion, with positive performance across most segments, according to Bain Luxury Study, published by Bain & Company for Fondazione Altagamma, a trade association of Italian luxury goods manufacturers. The report also says that one of the mega trends will be "post-ownership" which will see a "paradigm shift in consumption favouring access over ownership (for example, rental, second-hand market)". While the trend is spreading in India, too, the luxury rental sector is highly fragmented and difficult to place a value or size on. But what remains unchanged is that in India, fashion, cars, jets and now yachts are the mainstay.

Luxury fashion on lease is one of the most thriving segments, and has grown to such an extent that it is disrupting the mainstream fashion industry, say industry experts.

"Designer wear can start at Rs 50,000. In the rental model, it is available for around Rs 2,000. This helps democratise fashion," says Puri, who started Stage3 in 2016 along with fashion designer Rina Dhaka and Sanchit Baweja.

With the festival season having started, the segment is abuzz with activity. "The festival calendar and fat Indian weddings provide a lot of dressing up occasions. Also, unlike the western market, we do not have to hold a lot of inventory as the cost of alterations in India is low compared to the western market," explains Puri. She adds that their company is also drawing customers from movies and Web series, production houses, TV anchors and many celebrities.

"Our biggest customers are not millennials; but they want to remain anonymous unlike millennials," says Varun Ramani, Director and Co-founder of Bengaluru-based luxury bags rental start-up Ziniosa. Their biggest movers are brands such as Michael Kors, Coach and DKNY. Summer vacations, marriage season and festive season see double the business, says Ramani. "We get about 1,400 customers a month on an average," he adds. An increase in private consumption is also driving yacht and private jet leasing. Though this remains a niche segment, "with events like destination weddings becoming more popular, the business is picking up. Bookings for private jets are on the rise," says Sachit Wadhwa, Co-founder of Bookmycharters, a Mumbai-based aggregator platform for charter air travel and yacht rental. "Five years ago, only B2B customers used to take private jets on rent. But today B2C customers and first time flyers are on the rise. From 80 per cent, the B2B segment came down to 70 per cent of our overall revenue last year. Leisure customers now constitute 30 per cent of our revenue," he says.

With an Uber-like model using which yachts, jets and helicopters can be booked with a few clicks, by some estimates the market is growing 50-70 per cent year on year. "While luxury yachts are being rented out for leisure, private jets and helicopters attract customers that include businessmen, companies and politicians," says Rahul Muchhal, CEO of Mumbai-based Accretion Aviation. While first-time and upper-middle class customers are driving business in the domestic market, HNI Indians are exploring further afield, like renting footballer Cristiano Ronaldo's yacht for about Euro 180,000 a week.

Jets and yachts are new on the to-have list, cars are an old favourite. This is a global trend: the luxury car rental market is projected to reach $22.5 billion by end-2022, growing at a CAGR of 14.5 per cent, according to market research firm Analytical Research Cognizance. In India, however, the response is mixed, say market watchers. "Our luxury car segment is growing 20 per cent," says Rajesh Loomba, Managing Director of Delhi-based Eco Rent a Car, adding that 10-15 per cent of revenues, close to Rs 42 crore, comes from renting luxury vehicles. "We are getting a lot of middle and upper middle class customers who want to lease luxury cars such as Mercedes-Benz S-Class or Jaguar XE for a day or two, while those with higher incomes are renting luxury vehicles for longer periods, say, a month or two," he adds. The other side of the story is that maintenance costs are high for luxury and super luxury cars. While agreeing that there is a demand for such cars, Varun Jha, Chief Marketing Officer and Head of Demand, Zoomcar India, says: "The revenue from them won't match the maintenance, so it does not make a viable business." This may be the reason why Zoomcar has reduced its luxury car segment in many cities.

Travel has also been an integral part of a luxury experience and that hasn't changed. "Indian customers are now more aware of luxury rental and experience. We are getting more requests from rich Indians - to watch the northern lights in Norway or to experience wildlife like the great migration in Tanzania. Five years back it was very rare," says Dhall of Yatra. As demand increases, players have opened dedicated channels for luxury experiences.

In June, rental home aggregator Airbnb expanded its rental options to include some high-ticket accommodation options. The new tier, called Airbnb Luxe, has about 2,000 homes across the world available at $1,000-plus a night. These are thoughtfully designed massive private homes with scenic views and top-of-the-line amenities. On offer are castles in France, historic villas in Tuscany, The Fleming Villa in Jamaica (where Ian Fleming wrote his novels), among others. According to the company, last year, the number of bookings for listings worth at least $1,000 per night increased more than 60 per cent. 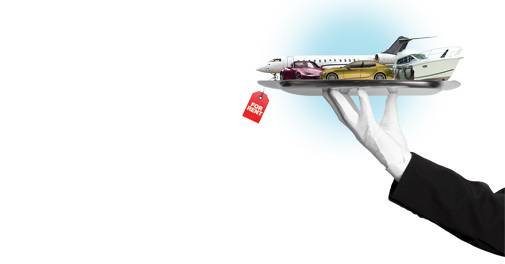 To tap this market, Yatra launched Privy at the end of last year, an exclusive travel programme with advisers for individual clients. "Luxury is on the rise and customers are ready to invest extra to get the vacation of their choice. Even when package deals come at a much more affordable rate, many travellers want customisation. Individuals are also opting for alternative accommodation, villas and resorts to have a great stay experience," says Dhall.

Many rental players are currently start-ups and are experiencing the initial boom in sales. "We are witnessing over 300 per cent growth in revenues and 8x growth in online traffic. At present we have 125,000 registered customers on our platform, and more than 200 mainstream designers on board," says Puri of Stage3.

The companies are also attracting funding. For instance, Bengaluru-based luxury bike rental platform Wicked Ride has secured $8.98 million (about Rs 61 crore) in June last year in a fresh funding round led by venture capital firms Sequoia Capital and Accel Partners. Eco Rent a Car, which has a fleet of 250 in the luxury segment, plans to raise Rs 75-80 crore this year to expand to nine other cities and increase its fleet size to 30 per cent in luxury cars in another year.

Scaling up could be a challenge if funding is limited. "Many companies that got funding a couple of years ago are not able to scale up as they are not able to get the second level of funding," says Satish Meena, Senior Forecast Analyst, Forrester Research. "Luxury rental is even more niche (in the rental business). It will take a lot of time for the space to pick up pace in India." But industry players are optimistic. "This is a sunrise industry," says Muchhal of Accretion Aviation. "We are not only expanding our business in the coming years, but are also building the market, and are ready to face the challenges." If the optimism is well placed, then there will be more for less.

K.T.P. Radhika is a freelance journalist based in Chennai