Internet users go all out against telecom players to ensure everyone gets equal rights in the virtual world. 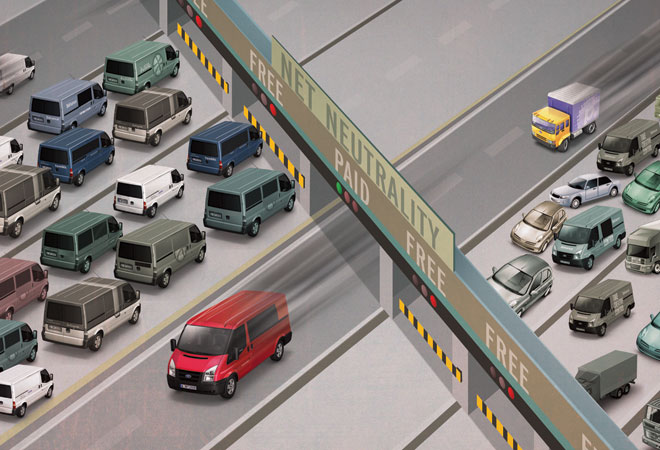 The gloves are off. The fight between telecom operators and supporters of Net neutrality - the principle of equal access for all content on Internet networks - is out in the open. Worse, it's getting uglier.

The battle, at its heart, is about the pressure on telecom companies from over-the-top, or OTT, players which use telecom networks to offer services such as WhatsApp and Facebook, denting their revenues from voice and SMS. OTT refers to applications and services provided over the Internet.

So, in search of a new revenue stream, some telecom companies offered customers free access to content of entities that agreed to pay them for this special treatment. It is this preferential treatment that is raising the hackles of Internet users.

Though the issue had hit headlines even when services such as Skype were launched and the Voice over Internet Protocol (VoIP) versus voice telephony debate generated a lot of heat, the latest round of this ideological war started in India in December 2014. The trigger was the Cellular Operators Association of India's (COAI's) complaint to the regulator, the Telecom Regulatory Authority of India (TRAI), against OTT players, especially messaging app WhatsApp, in which it accused them of causing a loss to mobile operators. In response, TRAI floated a consultation paper on March 27 seeking views on Net neutrality.

Some seven lakh petitions have already been sent to TRAI. Its recommendations will be examined by the Telecom Commission, the highest policy-making body in the Department of Telecom (DoT), along with suggestions from a Net neutrality committee within DoT, before a policy on the matter is drafted.

Telecom companies, led by market leader Bharti Airtel, have been playing defensive so far while the other group, which includes OTT players, Internet activists and start-ups, is vociferous and accusing telecom companies of indulging in unfair and discriminatory practices.

Nearly 10 days after TRAI's consultation paper, Airtel launched its 'Airtel Zero' service that offers free access to mobile apps that sign up for the platform. There was an instant backlash, so much so that the popular e-tailer Flipkart, which was planning to tie up with Airtel, backed off.

"The Internet is fundamentally a democratic platform and we believe that for the best possible health and growth of the Internet there needs to absolute equal access and no discrimination of any kind on data rates for different apps, either for companies or for consumers," says Mukesh Bansal, Head of Commerce, Flipkart.

Telecom companies defend their moves. "People have misconstrued zero-rating (toll-free) services. They are like 1-800 toll-free numbers where a person reaches out to a brand or company at zero cost as the company pays for every call. I believe those who have jumped on to the Net neutrality bandwagon will be quick enough to jump off it when the issue subsides," says a senior executive of a leading telecom company.

Even as the world tries to come to terms with the issue, the Indian government is first trying to define Net neutrality. "Everybody has his own definition. To have a debate, first and foremost, we must define it," says Sanjay Kapoor, Chairman, Micromax Informatics. 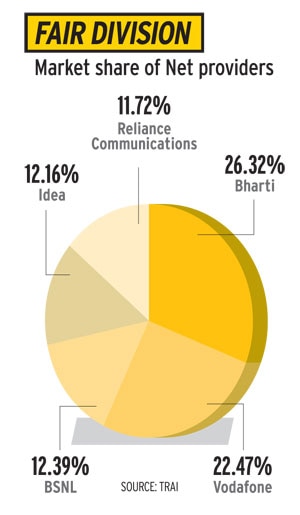 However, for telecom companies struggling with falling revenues, this is little relief. As per TRAI data, revenues from calls - on both GSM and CDMA networks - have stagnated or fallen over the past several quarters. In case of GSM, monthly call revenue per subscriber shrunk from Rs 72.53 in June 2013 to Rs 69.35 in September 2014. In SMS, the fall was from Rs 3.99 to Rs 3.75. However, revenue from data more than doubled, from Rs 10.02 to Rs 20.48 per subscriber per month, during the period.

Rajan S. Mathews, Director General, COAI, says telecom operators fully support Net neutrality but the present brouhaha has created confusion between Net neutrality and zero-rating services like Airtel Zero. "The cost of production may be Rs 30 per newspaper. But because of advertising revenues, newspapers are willing to sell it for Rs 2 to Rs 3. Take this concept to the Internet. An application such as Google or Facebook may say it will pay operators as many users do not have access but would like to learn and understand. If users benefit, why is it a concern?" he says.

In fact, the US Federal Communications Commission (FCC), which recently ruled in favour of Net neutrality, has exempted zero-rating products from new regulations. On the other hand, regulators in Slovenia and the Netherlands have banned the practice of zero-rating in certain forms.

However, activists say that large application developers or websites with deep pockets will gain from preferential zero-rating services and newer online companies will find it difficult to create a market and compete. 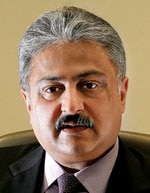 'Everybody has his own definition. To have a debate, first and foremost, we must define it,' says Sanjay Kapoor, Chairman, Micromax Informatics
Reliance Communications (RCom), for instance, has tied up with Facebook for its Internet.org initiative to provide free access to a small part of the Internet. Till April 15, a total of 38 websites and apps were part of the initiative. Critics say this will make it difficult for rival apps to cater to RCom users. Of course, several websites backed off after a storm in social media. Zero-rating platforms, say critics, will slow innovation.

"Cable TV is the best example. In India, some packages allow access to certain channels at concessional rates. If you look at the programming, it is not very innovative. In the absence of Net neutrality, the same will happen in case of Internet applications," says Arun Mohan Sukumar, Senior Fellow at Centre for Communication Governance at National Law University (NLU). "If Flipkart had signed up for Airtel Zero, many people would have had no incentive to look at Snapdeal or any emerging ecommerce company," he says.

Airtel, however, says that more than 150 start-ups, mostly smaller ones, have shown interest in Airtel Zero. "No site, whether on the toll-free platform or not, under any circumstances is blocked, throttled or provided any form of preferential access," says an Airtel statement.

While the Net neutrality principle says companies should charge consumers only once for Internet access and not discriminate between content providers, the rise in data usage is forcing companies to invest heavily in networks. This is why they feel their hands are being tied up.

"When demand for data rises, we have to invest more. I have to put up more towers, expand customer care and invest in infrastructure," says Mathews of COAI. For this, tariffs have to rise. The other option is to charge OTT players who are benefiting from Internet networks without paying anything in return. In fact, some services, for instance WhatsApp, are trying to shift to the subscription-based revenue model. This is where those who support telecom companies say that if WhatsApp is allowed to charge for voice services which compete with voice services of telecom players, why can't regulations like interconnect charges apply?

"The national telecom policy says provide affordable Internet. Just because someone can pay does not mean operators can continue to increase tariffs. There are a number of people who cannot afford it and so can benefit from the subsidised rates," says Mathews.

Another bone of contention between telecom and OTT players is the imbalance in the current system. Under the telecom licensing regime, voice and messaging services can be offered only after obtaining a licence. While telecom operators are subject to regulatory requirements and fees, OTT players can offer the same services at a fraction of the cost that the former bear.

"The crux of the argument is that while on the cost side everything from spectrum prices and equipment is decided by the government, there is no subsidy on it. But when it comes to revenues, regulations are imposed. That is the contradiction," says Hemant M. Joshi, Partner, Deloitte Haskins & Sells LLP.

Several countries have recognised this and asked OTT players to pay for using telecom networks. The French telecom regulator has asked Skype to register as a telecom operator. In Germany, VoIP players such as Viber and Skype follow the same rules as telecom service providers.

Even in the US, whose pro-net neutrality stand is now a global reference point, the issue has not been fully resolved. Telecom major AT&T has sued the Federal Communications Commission over the Net neutrality laws passed earlier this year.

In India, there is a third view, one which believes that free competition will take care of the issue. The market here is fairly divided between five companies. So, if one player follows predatory practices, its competitor will capture the market by following the principles of Net neutrality.

The debate's basic premise is whether and how much the government allows telecom players or Internet service providers to differentiate on speed, access and price. For instance, a telecom company may prioritise an app for a price, to be paid by either customers or the app owner. The additional revenues will go into funding the network expansion.

Telecom companies say Internet is already tiered in many ways. Take mobile devices. Some smart phones can store 30 apps while others can store just 10. Consumers are also using multiple technologies - 2G, 3G or 4G - based on their needs. "Will Net neutrality rules take care of these disparities?" asks a senior executive working with a telecom company. 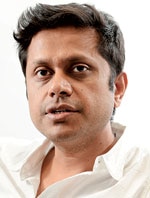 'There needs to be equal access and no discrimination on data rates for different apps,' says MUKESH BANSAL, Head of Commerce, Flipkart.
Another argument is that if you allow players such as Apple to decide which apps can be used on their phones and which are kept out, why should you not allow the same to telecom companies?

NLU's Sukumar says the fight is not over as telecom lobbies have been quite powerful since the 80s. "India needs a strong Net neutrality law, coming from Parliament, not just rules and regulations, otherwise it is going to be difficult," he says.

The issue is much larger than what is being presented and will sooner or later embrace other battles, for example the taxi segment, where radio taxis have to be registered while app-based services may manage to bypass most regulations.

However, in telecom, one thing is clear. The DoT will be walking a tightrope while balancing the high expectations of millions of Internet users and interests of telecom companies.

Are telecom cos hurting consumer interest?

Debate: Should the Rupee be fully convertible?