As Good as It Gets

No one is surprised by the great leap upwards Leena Nair, 43, has made, rising from Executive Director, Human Resources, at Hindustan Unilever Ltd (HUL) to a global role as Senior Vice President for Leadership and Organisation Development at Unilever.

She already holds the distinction of being not only the first woman, but also the youngest member to be inducted on the board of HUL, in 2007. In her new capacity, she will continue to drive her agenda of bringing more diversity and inclusion to the workplace, as well as work on building talent and developing future leaders globally.

She will shift to the London headquarters of the company in January 2013 and report to Doug Baillie, Chief HR Officer, Unilever.

"This is an endorsement of the versatility of Indian talent," says Ashutosh Khanna, Partner at global executive search firm Korn/Ferry International. "It shows that Indian managers are relevant and ready to take on complex and global roles."

Nair, who has repeatedly figured in Business Today's annual 'Most Powerful Women' list, gives her colleagues at HUL all the credit for her success.

"I'm fortunate I have been hugely supported in all my initiatives," she says.

A gold medalist from XLRI, Jamshedpur, she has risen up the ladder at HUL, working during her early years, at three different factories - in Kolkata, in Ambattur, Tamil Nadu and Taloja, Maharashtra. In her current capacity she and her team were dealing with 96 trade unions across the 40 manufacturing locations HUL has.

"I am really proud and happy that we did not lose even a single day in any strife during my tenure," she adds. "We have tried to integrate the family of every worker."

When she joined HUL, women comprised only two to three per cent of the workforce there. Today, 30 per cent of employees are women. Even in senior positions of general manager and above, female representation is 25 per cent. She has taken many initiatives to bring more women into HUL, including the 'Career by Choice' programme, which specifically targeted women who had taken a break from work for personal reasons. "India has at least 1.5 million talented women who have opted out of work," she says. "We have rolled out many initiatives to try and bring them back."

Developing future leaders is also central to her vision. She has been leading the 'Incite' programme at HUL which encourages employees in the leadership team at the company to spend time with top industry leaders to understand how they interpret and respond to different developments. "This has had tremendous impact," she says. "Many people have been inspired and have blogged about their experiences."

The number of Indian managers taking up global jobs has been growing in recent years, some of them taking up top positions. Unilever has appointed Harish Manwani as its Chief Operating Officer, while Rakesh Kapoor has been made global CEO of Reckitt Benckiser. In all, over 200 managers from HUL now work for the global Unilever. 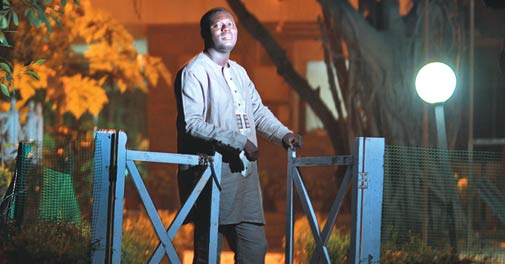 Almost a third of all medicinal drugs sold in developing countries are spurious, says the World Health Organisation.

This may frighten some, but BRIGHT SIMONS, 31, founder of the Ghana-based mPedigree Network, was smart enough to see a business opportunity in it. His company has developed a coding system that allows consumers to check the authenticity of medicines they buy.

Drugs made in India circulate widely in Africa, and Simons has forged tie ups with 21 pharmaceutical companies, including Themis Medicare, Ajanta Pharma and VS International, to print a code on the medicine packs they export to seven African countries. mPedigree assigns a unique code to each pack.

Consumers send this code back to mPedigree via a free text message, which instantly replies letting them know whether the medicine is genuine or not. Nor does this coding significantly increase costs. He now plans to introduce the technology in the Indian market too.

"Indian volumes are much bigger. We are in discussions with large pharma companies," he says. SUNEET TULI, 44, is co-founder of Datawind, the Canada-based company that made the Rs 2,500 tablet computer Aakash, the cheapest tablet in the world.

Tuli's first effort to manufacture the tablet was anything but smooth. IIT Rajasthan, which had been mandated by the government to work with him, had serious problems with the final product.

But now, with a new partner in IIT Bombay, Datawind has produced Aakash 2 which will be delivered to the HRD Ministry at Rs 2,263 apiece and to Indian students at a subsidised price of Rs 1,131.

Forbes magazine recently included Tuli in its list of 15 "classroom revolutionaries" who are using innovative technologies to reinvent education. Tuli dreams of a day when all of India's 220 million students will have their own tablets.

Highly religious, he often polishes devotees' shoes during his regular visits to gurdwaras. "Both my grandmothers and my mother wept when I was born," says SARITA NAYYAR, the US-based Managing Director, of the World Economic Forum (WEF). They were disappointed a son had not been born.

"Maybe the reason my sister and I progressed was because we didn't have a brother," she adds. Yet she names her mother - and her husband - as the two people who have helped and influenced her the most.

After schooling and college in New Delhi, and an MBA from IIM, Ahmedabad, Nayyar moved to the US following her marriage. Her career spanning nearly three decades includes an 18-year long stint at Kraft Foods, where she rose to Senior Vice President. India remains close to her heart.

"We need to focus on many issues here and move beyond the numbers," she says. Myntra, India's largest e-commerce player in the fashion and lifestyle category, has now made its first acquisition. It has bought out New York-based SherSingh.com, an online private label selling sports lifestyle apparel, for an undisclosed amount.

SherSingh.com, however, will remain a separate entity. Founded by MUKESH BANSAL and Ashutosh Lawania in 2007, Myntra, which has tie ups with over 500 brands in the country, clocked revenues of Rs 120 crore in 2011/12 and is targeting the Rs 500-crore mark this year.

Almost all e-commerce companies are currently losing money in their rush to add new customers, plus the discounts they give and their delivery expenses. Myntra is no different, but hopes to break even by September next year.

"The acquisition will add four to five per cent to our topline," says Bansal. "When the private label business becomes 10 to 20 per cent of our business, it will have a substantial impact on margins."

Myntra will also launch its own private label business shortly.