Trouble brewing
Gurdeep Singh Chadha - "Ponty" to those who nod at and fear him - is not an easy man to know. Many say the tax raids on Chadha's 25 offices and houses in Delhi, Lucknow and Moradabad, which yielded a reported Rs 100 crore, if not more, are an indication of his political affiliations. His 4,500-acre Wave City in Uttar Pradesh - just one of many real estate projects - has gone from strength to strength under Mayawati's government in the past five years. His sugar businesses in Uttar Pradesh and Punjab have grown 106 per cent in the last four years, according to his company's website. Such growth would be impossible to achieve without deep political interweave, especially in UP, where sugar is a major election issue.

Wave Infratech, the real estate arm of Chadha's Wave Inc. group, has denied reports that cash was seized from a mall owned by him in Noida, UP. Wave Infratech says that group companies have been paying taxes regularly and meeting other statutory requirements.

Wave Inc., set up 49 years ago by Chadha's father, Kulwant Singh, started out as a small sugarcane processing business. Today, besides sugar factories, the group owns multiplex cinemas, paper mills, bottling plants, power plants, and real estate projects from Hyderabad to Mohali. Chadha, who is disabled in both arms, is among North India's most powerful liquor barons. He has distilleries in UP and Punjab, and the Mayawati government has granted his group sole distributorship for liquor and three sugar mills.

Alongside whispers of his deep political ties across party lines, from Punjab Pradesh Congress President Amarinder Singh to Samajwadi Party President Mulayam Singh Yadav, is the buzz that Ramesh Pokhriya l Nishank was removed from his post as chief minister of Uttarakhand on grounds of corruption after mega hydropower projects were awarded to Chadha's company.

"It almost seemed like laws were drafted to favour this man," said a source in the bottling industry. Wave is one of Coca-Cola's nine bottling franchisees. Chadha, the story goes, can bend the law not just for multi-crore projects, but also for lesser things. When Rs 1 crore went missing from his Jalandhar office in 2005, Chadha's clout ensured that police worked non-stop, and the culprit, a security guard, was caught within 24 hours.

As he has risen to wealth and influence, many of his former friends have become foes, including some close family members. He and his brothers have serious disagreements about his style of business. His rise began when Yadav was chief minister of UP - it was the Samajwadi Party chief who inaugurated the Wave multiplex in Lucknow.

But when Mayawati stormed to power, Chadha won favour with the Bahujan Samaj Party government. And now, with early indications of a regime change in Lucknow, raids on Chadha territory do not seem surprising.
-Shweta Punj and Anilesh S. Mahajan 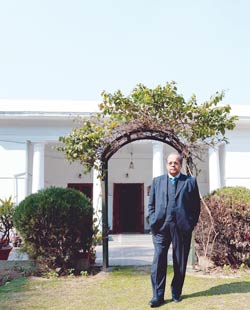 Asok Kumar Ganguly, Former Supreme Court Justice
Historic Swansong
Two days after he and a brother judge handed down a blistering verdict in the Centre for Public Interest Litigation & Others vs Union of India & Others case, cancelling 122 telecom licences and severely indicting a former minister, now a jailbird, Justice Asok Kumar Ganguly was at peace in his study at home, behind a desk piled with papers and books, listening to Rabindra Sangeet on a laptop. It was a sunny Saturday afternoon. The quiet Ganguly had turned 65 the day before: perhaps that explained the slice of cake that came with the tea. He had just retired from a judicial career that has won him huge respect and admiration. Earlier, in his farewell speech, he had thanked his orderly, whose job was to help him into and out of his judicial robes and hold his chair, and said that vestige of colonialism irked him. He had had a very busy final month: his name was on 27 judgments in the four weeks ending with the 2G sledgehammer. Now the driveway to his Lutyens bungalow was deserted. At the end of February he will repair to Kolkata, where he has an ancestral home, and where his son is a practising lawyer and his daughter teaches English. An honest to goodness life indeed.
-Chaitanya Kalbag 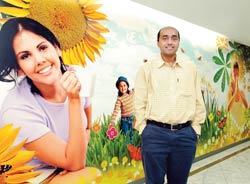 Gopal Vittal, Director, Special Projects, Bharti
New connections
Changes are afoot at the top of Bharti. Atul Bindal, who until recently headed the domestic mobile operations of the country's largest telecom service provider, is leaving after over a decade, to head the Asia and Africa operations of Silicon Valley doyen Vinod Khosla's Khosla Ventures. Gopal Vittal, on the other hand, makes his way back to Airtel after three and half years, as Director, Special Projects, quitting Hindustan Unilever, where he was Executive Director, Home & Personal Care. In his previous stint at Airtel, Vittal was the Chief Marketing Officer.
-Kushan Mitra 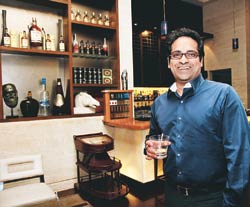 Shailesh Rao, New VP, Twitter
Tweet dreams
Having set up Google's India business in 2007 and leading it for four years, Shailesh Rao, 40, is leaving the global search giant and moving back to the United States. Twitter, the instant messaging service, has hired the Kellogg School of Management alumnus to set up its international business. Twitter, which is popular in India with an estimated five to six million users, has had difficulties in expanding the commercial side of its operations. However, a recent $300 million investment by Saudi Prince Al-Waleed Bin Talal and Rao's entry are expected to change things.
-Kushan Mitra