Akhilesh Yadav, UP President, Samajwadi Party
The Son Also Shines
Winning 224 seats out of 403, the Samajwadi Party (SP) under Akhilesh Yadav , 38, has achieved a bigger victory in the Uttar Pradesh assembly elections than it ever did when his father, the venerable Mulayam Singh Yadav, was alone in charge. In two decades of existence, the SP's previous best was 143 seats in the 2002 assembly polls. Though the senior Yadav continues to head the party, it is Akhilesh, as its state level president , who was the face of the recent electoral campaign.

Akhilesh has already put his own stamp on the party. To shed the perception of the SP being a party rife with criminals and musclemen, he insisted on denying tickets to people like D.P. Yadav - a strong candidate from western UP - who had criminal records. Instead, many professionals, including doctors, engineers and former IIM Ahmedabad professor Abhishek Mishra, were given tickets. Where earlier SP election manifestos had railed against computers, the one for the recent poll included, at Akhilesh's insistence, a promise to provide free tablets and laptops to students who completed Class X and Class XII respectively. Last year, Akhilesh also commissioned surveys to understand the problems of his state, unheard of in the SP earlier.

"Akhilesh is a very approachable person and has the capacity to communicate with different people at their own levels, from the most poor and rustic to the most sophisticated," says Sunil Singh Yadav, National President, Samajwadi Party students' wing, one of the Yadav scion's key aides. Fond of soccer and Western music - his favourites include Metallica, Bon Jovi and Guns N' Roses - Akhilesh has studied engineering, first at Mysore University and later at the University of Sydney, Australia. He entered electoral politics in 1999, contesting a Lok Sabha by-election from Kannauj.

Those close to him claim that a turning point in Akhilesh's political career was the defeat of his wife Dimple when she contested a Lok Sabha by-election from Ferozabad in 2009. The soul-searching that followed led to many changes in party strategy. Having started his campaign last October with a 200-km 'cycle yatra' from Noida to Agra - the SP's election symbol is a bicycle - Akhilesh covered around 10,000 km addressing over 800 rallies, travelling much of the time in a converted van he called a 'kranti rath' (revolution chariot).

But Yadav so far has not given any indication of how he intends to attract more business to the state. Industry has long avoided UP because of its poor infrastructure, especially power, and weak law and order situation.
-Manu Kaushik Pratik Pota, CEO, NourishCo Beverages
Pratik Pota has been named CEO of NourishCo Beverages - the JV between Tata Global Beverages and PepsiCo India. But his ascension has been clouded by a rash of high profile exits: his predecessor Punita Lal has gone on a sabbatical, while Varun Berry, CEO, PepsiCo India Foods, has quit the company. Pota is a quintessential start-up man who has made a career out of initiating start-up projects. At Unilever earlier, he was part of Project Shakti, when it was being put together from scratch in 1999. Just as it was taking final shape, he quit in end-2001 to enter the then nascent telecom industry, joining Airtel. "Those were heady days when incoming calls became free and Reliance and many others joined the race," says Pota. He recently launched Tata Water Plus, a nutrient-enriched water brand. At PepsiCo India, he was the man behind the lemon drink Nimbooz. He also revived the Mountain Dew brand. His next aim? "I want people to get so excited by what they do at NourishCo that I can claim some bit of their shower-time," he says.
-Shamni Pande Chhavi Rajawat, Sarpanch, Soda, Rajasthan
Eleven Indians figure in the 2012 list of the Forum of Young Global Leaders, an independent not-for-profit foundation, associated with the World Economic Forum. These are people under 40 who the Forum believes represent the future of global leadership. BT spoke to some. "Firms that innovate and invest in new execution capabilities are still delivering strong growth," said Alok Kshirsagar, Director, McKinsey & Co.

Pradeep Sindhu, Founder, Juniper Networks
Pradeep Sindhu has every reason to smile. Juniper Networks, the networking company he founded in 1996, clocked revenues of $4.4 billion in 2011. Earlier, he spent 11 years at Xerox's fabled Palo Alto Research Centre. Says this army officer's son and a 1974-batch IIT Kanpur alumnus: "I am more of an engineer than a manager. I love tinkering with things, not managing companies. As an entrepreneur, one has to realise that the best thing you can do for your company is to not run it." Sound advice in such entrepreneurial times. Sindhu is still a huge votary of the IITs, but is dismayed by the reservation quotas. "We have to encourage our best and brightest all the time," he says.
-Kushan Mitra 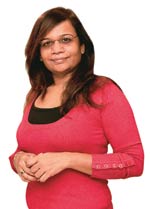 Punitha Arumugam, Advertising Professional
After 13 years with advertising agency Madison Media, Punitha Aarumugam is moving on. Rumour has it that she will shortly be heading the agency and advertiser relations division of Google India. Both Arumugam and the Internet search giant, however, declined to comment. Arumugam, who has been in the industry for 20 years, worked for Ogilvy & Mather and Initiative Media before joining Madison in 1999. She became Group CEO in 2005, handling a host of blue chip clients. "I have learnt from the people I have interacted with, not the area of work," she says. Digital advertising in India is still small - Rs 770 crore in 2010 - but is growing faster than the print and TV segments.
-Manu Kaushik

*The print version of this article referred to Pradeep Sindhu as CEO, Juniper Systems. It should have read Juniper Networks.