It is an honour from his Alma Mater, but Anand Mahindra, 53, Vice-Chairman & Managing Director of Mahindra & Mahindra, calls it “a recognition of the India growth story, and of Indian entrepreneurialism in general”. 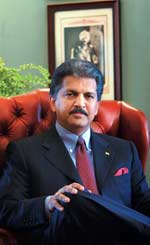 Anand Mahindra
It is an honour from his Alma Mater, but Anand Mahindra, 53, Vice-Chairman & Managing Director of Mahindra & Mahindra, calls it “a recognition of the India growth story, and of Indian entrepreneurialism in general”. A Harvard Business School (HBS) graduate (Class of 1981), Mahindra was recently a recipient of the 2008 HBS Alumni Achievement Award for leadership. Mahindra had an impressive list of business leaders for company: John Doerr, Partner, Kleiner Perkins, Caufield & Byers; Jeffrey Immelt, Chairman & CEO, General Electric Company; Meg Whitman, National Co-Chair for McCain 2008 and former CEO of eBay; and James Wolfensohn, Wolfensohn & Co. LLC.

On life in HBS, Mahindra says: “HBS was the perfect training ground in two significant ways—first, it taught you humility because you had to compete in a classroom with 90 of the brightest young minds from the world of business. And secondly, the three case studies per night schedule, was unrivalled in its ability to build a capacity for very hard work.” After two gruelling years of that routine, the real world seemed like a vacation, he quips. Little wonder then, Mahindra has single-handedly, over the years, changed the company profile from a jeep and tractor producing firm to a multinational with utility and multiutility vehicles as well as passenger cars. 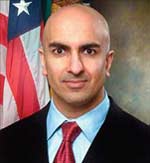 Neel Kashkari
Man of Gold?
Indian-American Neel Kashkari, 35, is about to become one of the most powerful men in the world. US Treasury Secretary Henry Paulson has elevated Kashkari, his Senior Advisor and a former Goldman Sachs banker, to head the $700-billion rescue effort for financial institutions. Critics are slamming the US administration on the selection for “putting the fox in charge of the henhouse.” While heavy metal lyrics of bands such as AC/DC dot his high school yearbook, it remains to be seen if Kashkari’s hands are really made of gold. 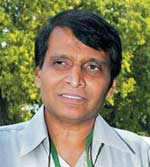 Suresh Prabhu
Goodbye, politics
When this power minister in Atal Bihari Vajpayee’s Cabinet was asked to resign in 2002, the reason was unusual. Suresh Prabhu, 55, was seen as too honest to hold high office. The Shiv Sena MP has now decided to bid adieu to politics. “It is not a sudden decision. I have been thinking about it for some time,” Prabhu told BT in Chennai at an award function. Though mum’s the word on future plans, the upright CA might resume the practice he gave up for politics in 1996. 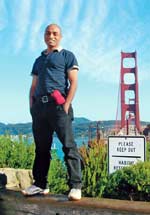 Sanjeev Sinha
A Japanese odyssey
He is the first person to get into IIT from the desert town of Barmer in Rajasthan, but Sanjeev Sinha, 35, now has the Land of the Rising Sun as his oyster. He is the Founder-President of the 300-member strong IIT Alumni Association in Japan. Sinha, former Director, New Business Group, UBS Investment Bank, Japan, this year founded a firm—Sun and Sands Advisors—to provide consultancy for cross-border businesses between India and Japan. “Indo-Japanese relations have not picked up in the last few years though there is a lot of potential,” he laments. To draw on that potential, Sinha is putting together a project with funding and technology from Japan for new hospitals in India. “With a bit of Japanese language, India can be ideal destination for Japanese patients,” he says. 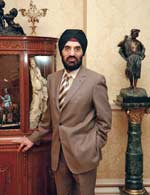 Kartar lalvani
Spice of life
This nri entrepreneur swears by everything healthy. Thanks to that, Kartar lalvani, 76, the Founder-Chairman of Britain’s nutraceutical major Vitabiotics, recently won the 2008 Ernst & Young Entrepreneur of the Year special award for the London region. Speaking to BT from London, he says: “It’s a great feeling to have won this honour and more so, because I am an Indian.” With a global turnover of £150 million, Vitabiotics sells its products across 100 countries. What’s the USP of his flourishing business? “Scientific innovation,” he says promptly.

Lalvani enjoys reading, photography and, of course, cooking. His latest venture is a new Indian restaurant, Indali Lounge, at 50 Baker Street, dedicated to the art of healthy Indian dining. “The idea is to deliver healthy and wholesome culinary delight bursting into delicate aromatic flavours,” says the food connoisseur.