The US Secretary of State, John Kerry, got a glimpse of Indias infrastructural problems when his convoy was stuck in traffic for almost two hours in New Delhi owing to heavy rains.

The US Secretary of State, John Kerry, got a glimpse of Indias infrastructural problems when his convoy was stuck in traffic for almost two hours in New Delhi owing to heavy rains. Kerry was here to attend the second Indo-US Strategic and Commercial Dialogue. He had to cancel his scheduled visits to three religious places in the national capital, but managed to make it to IIT Delhi to address its students. "You guys all deserve an award for getting here today. I dont know if you came in boats or amphibious vehicles of some kind but thank you so much for making the effort," he said, opening his talk. KISHORE BIYANI, Group CEO, Future Group (Photo: Rachit Goswami)
Future Group's CEO, Kishore Biyani, announced at an event in Mumbai that the group's online retail arm Big Bazaar Direct will be shut down. "I have attempted e-commerce four times in my life. We opened and shut Future Bazaar. We will close Big Bazaar Direct within a week," he said. Biyani plans to focus on the group's strength, physical retail, till they figure out a feasible online model. According to a financial daily, the group plans to add 3.5 million sq. ft of retail space in a year. The group's flagship company, Future Retail, operates hypermarket chain Big Bazaar and supermarket chain Food Bazaar. It also operates home retailing format Home Town and consumer durables chain eZone. B.K. GOENKA, Chairman, Welspun Group & DIPALI GOENKA, CEO & Jt. MD, Welspun India
Troubled times continue for Dipali and B.K. Goenka's Welspun Group. After Target Corp. severed ties with them and withdrew 750,000 sheets and pillowcases manufactured by the company from its stores, Wal-Mart and other stores, too, are reviewing the quality of Welspun's products. According to Target, the sheets and pillowcases that Welspun claimed were of Egyptian cotton, were actually made from lower-quality cotton. The company has announced the hiring of an external auditor to review its supply chain systems and processes. A.M. NAIK, Group Executive Chairman, L&T
A.M. Naik was in the news lately for his philanthropic gesture. The Group Executive Chairman of L&T has decided to give away 75 per cent of his income to charity. "Charity is a personal desire. In my case, giving has continued for three generations. My grandfather and father did not have money so they lived their lives for poor people," Naik told a financial newspaper. He is slated to step down from his role in a year and has announced S.N. Subrahmanyan, Deputy Managing Director and President at L&T, as his successor.

In the Big League 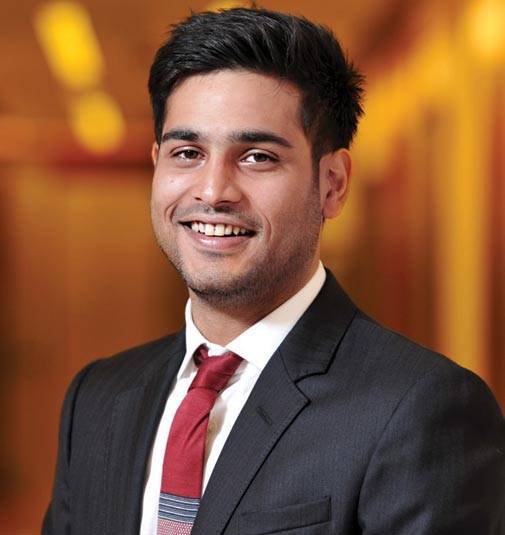 JAI ANMOL AMBANI, Additional Director, Reliance Capital
Reliance Group Chairman Anil Ambani's son Jai Anmol Ambani has been appointed as Additional Director on the board of Reliance Capital. He will become the full-time Executive Director at the company's forthcoming annual general meeting. "The last two years have given me great learnings about the financial services business. I look forward to using this experience for scaling up our businesses and contributing towards their growth and progress," he was quoted saying in a PTI report. The 24-year-old, a management graduate from the UK's Warwick Business School, has been training at Reliance Capital since 2014.
Published on: Sep 03, 2016, 4:48 PM IST
Posted by: Gurpreet Kaur, Sep 03, 2016, 4:48 PM IST