Peope who made news last fortnight

BJP President Nitin Gadkari
Sorry Business
BJP President Nitin Gadkari, 55, who rose rapidly in politics is now staring at the possibility of an equally rapid downfall. The alleged dubious funding of his company, Purti Power and Sugar Ltd, has put him in a spot. There is a mistaken impression that Gadkari - whose colourful shirts in particular set him apart from the typical khadi-clad politician - is one more of a growing tribe of businessmen who have entered politics. In fact, it is the other way around - he entered business only after his political career had taken off.

Hailing from a middle-class family in Nagpur, - the headquarters of the Rashtriya Swayamsevak Sangh (RSS) - Gadkari plunged into student politics while in college. By age 35, he had become general secretary in the BJP's Maharashtra unit. He played a crucial role in the party's victory in the Nagpur Municipal Corporation polls in 1992. "That was a turning point. The RSS was impressed," says a BJP insider. Gadkari became a favourite of the RSS.

When the BJP-Shiv Sena coalition came to power in Maharashtra in 1995, Gadkari was made minister for public works. He is credited with completing a network of 55 flyovers in Mumbai, apart from big projects like the Mumbai-Pune Expressway. "He was known as the 'flyover minister'," says Seshadri Chari, former editor of RSS mouthpiece, Organiser, and now BJP member. Gadkari was also an enthusiastic exponent of public-private partnership and build-operatetransfer projects during his ministership - long before these terms became fashionable to use. He established the Maharashtra State Road Development Corporation through which funds were raised from the open market.

After the Congress-NCP government came to power, he became the leader of the opposition in Maharashtra legislative council. In 2004 he became state BJP chief, and five years later, with the RSS's active backing, national BJP president.

"His capacity to experiment with new people within the party is remarkable," says Chari. Gadkari created as many as 50 cells in the party to look into various issues, from external affairs to water management. "Never before did the party have so many cells," adds Chari.

But Gadkari's performance as chief has been mixed at best. In most of the assembly polls since he took over, the BJP has failed to show any unexpected improvement.

Nor has he shown any exceptional acumen in dealing with the rebellions in some state units. In the meantime his business forays, started a decade earlier with the launch of the Purti Group, have been drawing more and more questions. The group started with sugar farming and production. Later, Gadkari set up a host of companies, including Purti Superbazar, a retail chain of supermarkets, Purti Agrotech, a packaging unit for farm produce, and others, and also moved into generation and distribution of power. However, Gadkari quit Purti more than a year ago while heavily diluting his stake as well.

Gadkari's recent woes started when he was accused of land grabbing. Though that charge did not stick, media reports followed, alleging a long trail of dubious shell companies, round-tripping and so forth in Purti. Some major investments and large loans, for instance, had come from construction firm Ideal Road Builders (IRB), which had won many contracts when Gadkari was Maharashtra's PWD minister. Worse, reports of Gadkari's former driver, accountant and other close aides becoming directors in more than two-dozen companies which invested in Purti raised bigger questions. Gadkari has denied all wrongdoing and demanded a probe. But sources indicate the damage has been done and he is unlikely to get a second term as BJP chief from January 2013. 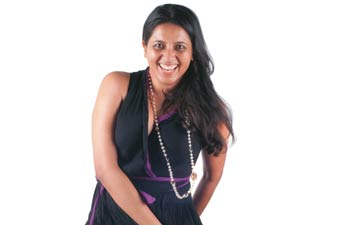 Suchi Mukherjee, Founder and CEO, LimeRoad.com
A New Homepage
After working in London for 17 years with some of the world's biggest brands such as Skype, eBay and Gumtree, Suchi Mukherjee, 37, has come back home to New Delhi. The mother of two is now busy setting up her dream project called LimeRoad.com, an online platform for lifestyle shopping. She does not mince her words. "India is a great service economy, but we are not building the fantastic consumer products that users out there can actually use," she says. She has big plans for LimeRoad. Mukherjee studied in Delhi and taught Development Economics at St. Stephen's College, then worked at rating agency ICRA - where she realised her passion for finance - before moving overseas.

Michael Chertoff, Co-founder, Chertoff Group
Sounding the Alarm
He was a federal prosecutor in the trials following the 9/11 terrorist attacks. Later he was Secretary of Homeland Security in the George W. Bush administration. Three years ago, Michael Chertoff, 58, started the Chertoff Group, a global security advisory firm. His mission: to advise governments and global corporations on how to manage risk and to protect them from various kinds of threats, including online ones. Chertoff says he is in discussions with government officials and companies for opportunities in India as well. Many companies, Chertoff says, do not realise how vulnerable they are to cyber attacks. "There have been intrusions of official databases in India in the last couple of years, be it with criminal intent or to steal intellectual property," he says. "Small enterprises may not be as well equipped to handle cyber attacks as a nuclear power company, but if they increase protection by a modest amount, they can avert 70 to 80 per cent of attacks."

Karl Fowler, Founder and CEO, Opus Media Group
Magnum Opus
It is half a metre long, with 852 pages and weighs a whopping 37 kg. It was put together by around 75 people working for over four years. The Official Formula 1 Opus, said to be the biggest book on Formula One racing ever produced, was recently released in India, which also marked the entry of the UK's Opus Media Group into this country. Opus has forged a partnership with RK Global, a financial brokerage firm, for its India operations. Karl Fowler, Founder and CEO, Opus, who attended the release, says: "About 75 per cent of the content has never been seen before or was commissioned exclusively for Opus." The eight-page gatefold has been shot by legendary motorsports photographer Darren Heath. The gallery section includes a Polaroid photo shoot using the largest functioning Polaroid camera in the world. Monisha Kaltenborn, Team Principal, Sauber F1 team
Terrific Drive
Her heart still beats for India, though she grew up in Vienna, to which her family shifted when she was eight. Monisha Kaltenborn, 41, Team Principal, Sauber Formula One (F1) team, who attended the recent Indian Grand Prix (GP), was born in Dehradun and can even speak Hindi. She initially wanted to become an astronaut, and though that dream stays unrealised, she is the first woman ever to become the head of an F1 team. Asked about the team she says: "As you go higher, the steps get smaller but are more difficult to achieve." Was it the same for her personally? "Our sport is a male dominated one," she admits. Married, with two children, she lives in Switzerland. Unfortunately, her team failed to win any points at the Indian GP, but that did not seem to unduly bother her. "I will always have fond memories of my home country," she says."