Eat, Drink, Expand
When you own some of the country's top lounge bars and restaurants, where do you head for a noggin and a bite yourself? For Jay Singh, Co-founder of JSM Corp, it would be Trishna in Mumbai and Bukhara in Delhi. The 43-year-old franchisee of wildly successful brands such as Hard Rock Caf and F Bar rocked around the world before settling down in India almost two decades ago. Now, besides taking Hard Rock Caf to Chennai and Colombo by March 2011, Singh is ready to bring in more exotica. He has launched California Pizza Kitchen, inventors of the now ubiquitous BBQ chicken pizza. Next up is Trader Vic's, with Singh signing up the California-based creator of the famous Mai Tai, the quintessential Tiki cocktail. Any wonder that Singh exudes confidence. "We stand a good chance of winning in the long term."

Haute off the catwalk 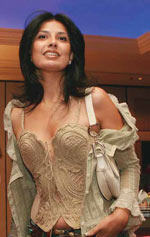 Ritu Beri
She first wooed the stylish Parisians with her rich Indian motifs, and then went on to head a French fashion house (the first Asian designer to do so). And now, the French have bestowed on Ritu Beri the prestigious Ordre des Arts et des Lettres (Order of Arts and Letters), an honour previously bestowed on the likes of Bob Dylan and Satyajit Ray. Beri, a protg of French embroidery king Francois Lesage, is overwhelmed. "It's a dream come true," she says. Beri, who counts Yves Saint Laurent, Hermes and Christian Louboutin among her favourite designers, is now ready to be more choosy and self-indulgent in the work she does.

All the news that's FT to Print 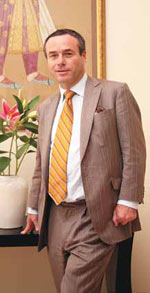 Lionel Barber
When the Financial Times revamped its design in 2007, the campaign tag line read "We Live in Financial Times", a line that resonates with editor Lionel Barber. The pioneer of the integrated newsroom says, "Our journalists are not only comfortable working in print but also across video, blogs, podcasts, etc." Adapting to new media is the survival secret for print today. Equally, quality decides whether content gets a premium price. Barber, 55, was in Mumbai to address a CII session on the newspaper business. 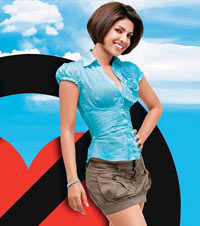 Priyanka Chopra
Glossy heroine Priyanka Chopra, 28, is either a tech geek or super savvy about staying in touch with fans. With close to 7,00,000 followers on Twitter and Facebook, and about 60,000 visitors to her website www. iampriyankachopra.com, you would think she had enough on her hands. But no, she has now signed on UTV Interactive to launch voice blogs, voice chats and an official YouTube channel where fans will be allowed a sneak peek into her life. "I access everything through my mobile phone while driving or between shots," she says, adding, "I believe this partnership is an important addition to my overall digital presence." Salivating fans aren't complaining.

Sanjay Aggarwal
Carmaker Mercedes-Benz India has shown a marked rise in sales. What's more, it has sold over 10 SLS AMG supercars in India, which doesn't sound like much but the money would buy a thousand Nanos. Managing Director Wilfried Aulbur also tells of how he recently delivered over 50 Mercs to a group of entrepreneurs in Aurangabad. All this sounds like reason to celebrate, so why is Aulbur quitting? No comments, he says, but will stay on in India albeit not in the auto industry. Married to an Indian, the German is clearly in love with the country too. 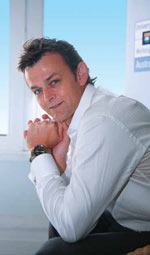 Adam Gilchrist
As jokes went, Kingfisher really had no place for anyone but Vijay Mallya and his air hostesses. But now enter Sanjay Aggarwal, 42, as CEO. With a reputation for being a turnaround man after SpiceJet reported profits for 2009-10 during his stint there, Aggarwal will now have his hands full at Kingfisher - he has to bring down debt and losses, at Rs 6,000 crore and Rs 1,834 crore, respectively. Clearly, a turbulent flight ahead.

Business is catching
{mosimage}Whether Adam Gilchrist, 39, gloves a catch or slams a six, it is as much about strategy as about flair. No surprises then, that touring here as Ambassador of the University of Wollongong (UOW), he has reeled in IT company MphasiS for a partnership in research, recruitment and training. This is not Gilchrist's only Indian business link. Besides various product endorsements, he is also an investor in Tropical Forestry Services (TFS), a company that grows sandalwood in north-western Australia for export to India, one of its biggest customers. "I am here to build strong business relationships," he says, "but it takes time, passion and an understanding of the culture."