Franck Dardenne, General Manager, LVMH
Worth Watching
Franck Dardenne, 39, General Manager of the Indian unit of LVMH Watch and Jewellery - renowned for its luxury watches including the Tag Heuer brand - wants his company to focus more on women. He launched the Link range of luxury watches in India at the beginning of this year, whose design was inspired by a bracelet shaped like the letter S. Every piece is hand crafted. Tag will also launch the Aquaracer brand of waterproof watches for women in India at the end of the year. Though he has been in India for only 18 months, Dardenne has grown keenly intereted in the country. He has begun learning Hindi and does a good deal of travelling across the country with his Japanese wife. His favourite Indian destination is Kerala. His favourite Hindi movie? Dilwale Dulhaniya Le Jayenge, which stars Shah Rukh Khan, Tag Heuer's brand ambassador. Tony Chi, Lifestyle & Hospitality Designer
In Humble Fashion
Tony Chi calls himself as a humble guy, though his designs are hardly humble. Indeed they are known for their unique, luxurious look. Recently, realty major and private equity investor Ireo and global hotel chain Hyatt roped in Chi, who divides his time between New York and Buenos Aires, to do the interiors of their new luxury residences in Gurgaon. The project will cost Ireo around $700 million. Chi calls Gurgaon a "city of the future". Chi has designed more than 700 restaurants in his three decade long career, some of which, such as the Harley-Davidson Cafe in New York, various Hyatt projects in Chicago, Osaka, and Sydney, and restaurants for the Mandarin Oriental Hotel in Hong Kong, are globally renowned. This is Chi's maiden project in India. What drives him? "I live like there is no tomorrow,"says Chi. Jackie Chan, Actor & Director
A legend Seeks Peace
Named Chan Kong Sang when he was born 59 years ago in Hong Kong, all Jackie Chan initially wanted was to be a stuntman in the movies. Five decades on and scores of films later, the pioneer of the action-comedy genre wants to be known as an actor - in the same league as, say, Robert De Niro. The action hero, who did in fact begin his movie career as a stuntman, was in India to inaugurate the Chinese Film Festival 2013. Chan says he wants more cultural collaboration between India and China and prays for "love and peace" among all people and countries. 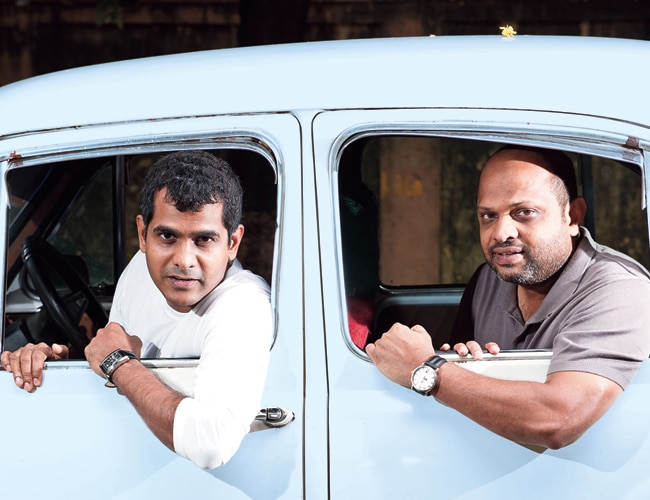 Santosh Padhi (left) & Agnello Dias Founders, Taproot Photo: Rachit Goswami/www.indiatodayimages.com
Lion's Share
The party at the Taproot India office in Mumbai is still on. The relatively new ad agency won four gold 'metals' at this year's Cannes Lions, along with one silver and one bronze. "We are the first Indian agency to win four golds at Cannes in the same year," says Santosh Padhi, Chief Creative Officer and Co-founder of the company. Paddy - as he is known to his team - and partner Agnello Dias won their first Cannes Lion last year in the film direction category for the ad film I am Mumbai. This year the four gold metals came for their ad campaign on farmer suicides - in different categories. The same campaign also won a silver in art direction. The creative duo, who started Taproot in 2009, have been consistently in the limelight, especially for their Pepsi (Change The Game) and Airtel campaigns (Har Ek Friend Zaroori Hota Hai and Joh Tera Hai Woh Mera Hai). They were also a sought after acquisition candidate for large advertising networks, till Japanese ad network, Dentsu, bought a 51 per cent stake in the agency last year for around Rs 140 crore. Prakash Iyer, MD, Kimberly Clark Lever
Teachings from the Tea Bag
In his recently launched book, The Secrets of Leadership, Prakash Iyer dwells on the lessons even a tea bag can teach. "Just as the tea packaged in the tea bag matters the most, what makes you a good leader is the value that you drive into your organisation," he says. Currently Managing Director of Kimberley Clark Lever - which makes Huggies Diapers - Iyer maintains his book distills his learning over a 25-year career with companies such as Hindustan Unilever and PepsiCo. How does he plan to transform the business he currently runs? "By telling my people how we can win in India, a country where 25 million babies are born," he says 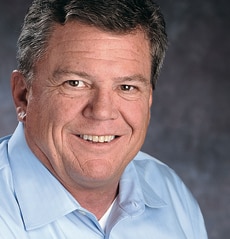 Chris Koziol, President & GM (Interaction Management), Aspect Software
Importance of Being Social
The popularity of today's social media is something companies have started to fear. "Companies can no longer rely on social monologue. They have to shift to social dialogue," says Chris Koziol, President and General Manager of Interaction Management, Aspect Software. "There is a lot of risk if they don't respond to grievances expressed by customers in social media forums," The $450 million company creates customised contact management centres for companies around the world. On a recent trip to India, addressing a convention of BPOs, he added: "It is time companies started integrating social media posts into their contact centres and managing them like traditional phone calls." He maintains only Aspect provides an integrated solution that lets companies analyse, track and route social media chatter.