Check in Anywhere
He joined SITA, the leading global air transport technology provider, as a sales manager about 18 years ago and since then has worked in every important function in the company, be it sales, marketing or finance. A year after taking over as President of India, Middle East and Africa operations, Hani El-Assaad recently made his first visit to India to meet his team and expand SITA's presence in the country. The $1.5-billion SITA has tied up with Airports Authority of India to help equip 25 Indian airports with a technology it has developed - a common-use passenger processing system. "At present, most airports assign a specific number of check-in counters to each airline. This technology allows check-in for any airline at any ticket counter." he says. The system is already functional at 13 airports, such as Ahmedabad, Jaipur and Udaipur. El-Assaad, who is based in Lebanon, is also an avid sports buff. Vladimir Dubovskiy, Founder, Unstoppable Photo: Nilotpal Baruah/www.indiatodayimages.com
Start-up Godfather
His start-up is called Unstoppable, but the term could well apply to Vladimir Dubovskiy himself. All of 26, he began by co-founding a start-up incubator he called The Unreasonable Institute. Not satisfied, a year ago he launched Unstoppable, to promote start-ups further. Early in March, the company held its first event in Bangalore, a four-day 'Start-up Festival' that celebrated the city's rise as the start-up capital of India, and also helped entrepreneurs network with a cross-section of government officials, investors, businessmen and academics, among others. Dubovskiy, currently living in India, insists his company is not another event management firm: "It is a branding company for entrepreneurs and for cities," he says. Dominic Brand, Worldwide Marketing Director, Forevermark Photo: Vivan Mehra/www.indiatodayimages.com
Shine On
South India is the biggest market for diamonds in India, with Mumbai and Delhi close behind, says Dominic Brand, Worldwide Marketing Director of Forevermark, a De Beers Group diamond brand. Brand, in Mumbai recently for an international jewellery show, believes India holds enormous potential for his company. "By 2020, four markets will have 80 per cent share of world diamond consumption - the US, Japan, China and India," he says. An incurable romantic, he likes to recall how he proposed to his wife. On a weekend trip with her before they married, he pretended to feel ill and left her to go back to the hotel room. When she went to check on him later, he held up a Forevermark diamond ring and popped the question. 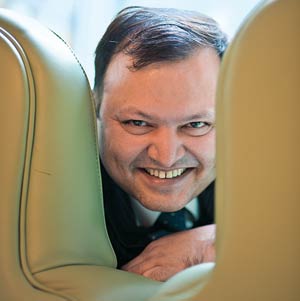 Neeraj Chauhan, CEO, ChangeMyTyre.com Photo: Vivan Mehra
Look What Is Selling Online
After stints at Global Infonet, which he set up as a greenfield information technology distribution venture, and eSys Technologies, another IT distribution company he co-founded, Neeraj Chauhan took the road less travelled and set up an online tyre retail outfit. He may not have had to go too far to find its name - ChangeMyTyre. com - but the company goes to the extent of delivering the tyre you want at your doorstep, or at an authorised fitment centre. You can find all the major brands on the site, compare prices, and get a bit of a discount on most of them. It is just like shopping online for IT tools, the world in which Chauhan still has a foot, through InflexionPoint, another IT distribution company he heads as President. 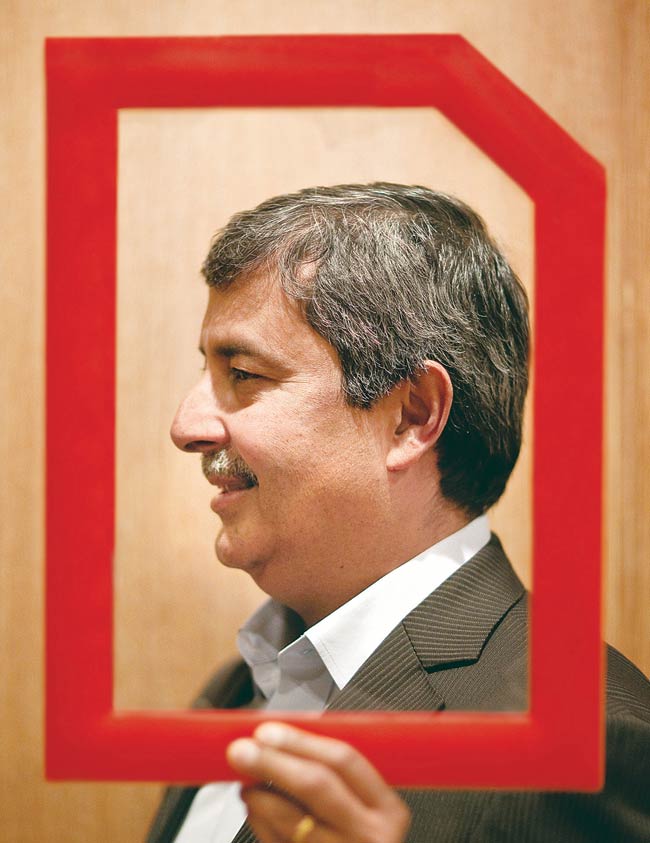 Sanjay Mehrotra, Co-founder, President and CEO, SanDisk Photo: Aditya Kapoor/www.indiatodayimages.com
No Flash in the Pan
In 1976, midway through his engineering course, Sanjay Mehrotra moved from BITS, Pilani, to the University of California, Berkeley, US. After post graduating in 1980, he joined Intel but quit to co-found SanDisk - along with Israeli engineer Eli Harari - in 1988. SanDisk, which manufactures data storage solutions - flash drives, memory cards, and more - recently held its silver jubilee. During a rare visit to India on the occasion, Mehrotra, who was born in Kanpur and grew up in Delhi, said: "India is a very exciting market for us and one of the fastest growing. The growth of the mobile and digital imaging market in India bodes well for a company like ours." How does the shift to the cloud affect him? "Flash is strongly gaining ground in the cloud, in data centres and in enterprise applications because of its high performance and value proposition of having a small footprint and high reliability," he said. "It is a big growth opportunity for us. As mobile devices become more powerful, they will need more local storage too."