Thierry Fremaux, General Delegate, Festival de Cannes <em>Photo: Shekhar Ghosh/www.indiatodayimages.com</em>
Cannes-do Spirit
He watches about 1,700 films in the three months before the Cannes Film Festival to decide which of them should be screened there. Only about 50 make the cut. "My job is to say no," says Thierry Fremaux, General Delegate of the festival, a designation which hardly conveys the fact that he is the one who runs the show. He was in India recently as part of French President Francois Hollande's delegation. This year, he may find himself watching many more Indian films than usual - his festival has chosen India as the guest country for 2013 and will welcome a huge Indian film delegation to mark 100 years of Indian cinema. His favourite Indian film makers include Satyajit Ray and Guru Dutt. Frmaux plans to be in Goa next year for the Indian international film festival. "When I came to Cannes, I found that Bollywood cinema was not there. Then, we picked Devdas (2002). It was a unique film for the audience at Cannes," he says.
Dearton Thomas Hector Adam Lawrence/Deputy Master, The Royal Mint Mehdi Barkhordar/Chairman, MMTC-PAMP IndiaPhoto: Shekhar Ghosh
(G)old Days Return
The Royal Mint's gold sovereign coins will now be produced in India again, nearly a century after this country stopped doing so in 1918. They will be minted at MMTC-PAMP India's newly-built refining and manufacturing plant in Haryana. Mehdi Barkhordar (right), Chairman of MMTC-PAMP India, claims it is the most advanced precious metal facility in the world, with an annual refining capacity of 100 tonnes of gold, 600 tonnes of silver and minting capacity of 2.75 million pieces a year. Says Adam Lawrence, Deputy Master, The Royal Mint: "India is the largest market for gold. We are offering Indian consumers the choice to buy a genuine gold coin that is available in over 100 countries today."
Manu Kaushik Davor Pisk, COO, Syngenta AG
Rice Loving Swiss
Davor Pisk wants Indian policymakers to focus more on rice - from research and development of the seed to helping farmers find suitable and competitive markets. The Chief Operating Officer of Swiss chemical and agriculture company Syngenta AG recently met officials at the Ministries of Agriculture as well as Chemicals and Fertilizers. He believes Syngenta's Indian chapter will be able to do more business in integrated farm solutions, where it will provide not only seeds but also technology and crop production products. During his visit, Pisk also gave the Indian Council of Agricultural Research the Rice Bowl Index - a diagnostic tool jointly developed by Syngenta and the Frontier Strategy Group that provides insights and information about Asia's food security system.
Anilesh S. Mahajan Don Tapscott, Author, thinker, business consultant Photo: Vivan Mehra/www.indiatodayimages.com
Open Mind
Don Tapscott wears many hats - he is a bestselling author, a researcher and a business executive. But the Canadian is best known as a top management thinker. He was in India recently to launch the CMO League, a first-of-its-kind exclusive club for top marketers. He lists four principles for an open world - transparency, sharing, deciding what the new boundaries will be for institutions, and accepting that power is now distributed "through the people and not over them". Tapscott says India has been the biggest beneficiary of the opening up of boundaries. "India has now gone through a natural progression. It is no longer about labour arbitrage but about capabilities. You see the same thing happening in China with manufacturing."
Nandagopal Rajan 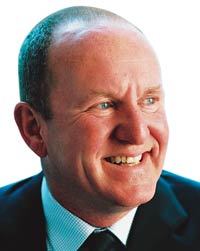 Ian Livingstone, CBE Gaming entrepreneur and bestselling author
Game for More
"India has a history and talent for making business software. Now, it has to channelise its passion for playing games into the business of creating them. There has never been a greater chance," says Ian Livingstone. Widely considered one of the founding fathers of UK's gaming industry, Livingstone founded the iconic games company Games Workshop in 1975 and soon launched the legendary Dungeons and Dragons in Europe. Subsequently, he was associated with the launch of the Lara Croft: Tomb Raider, and was in India to promote the latest version of the game. While the gaming industry is estimated to grow to $90 billion by 2015, in India it could be worth Rs 3,000 crore by 2014.
Nandagopal Rajan 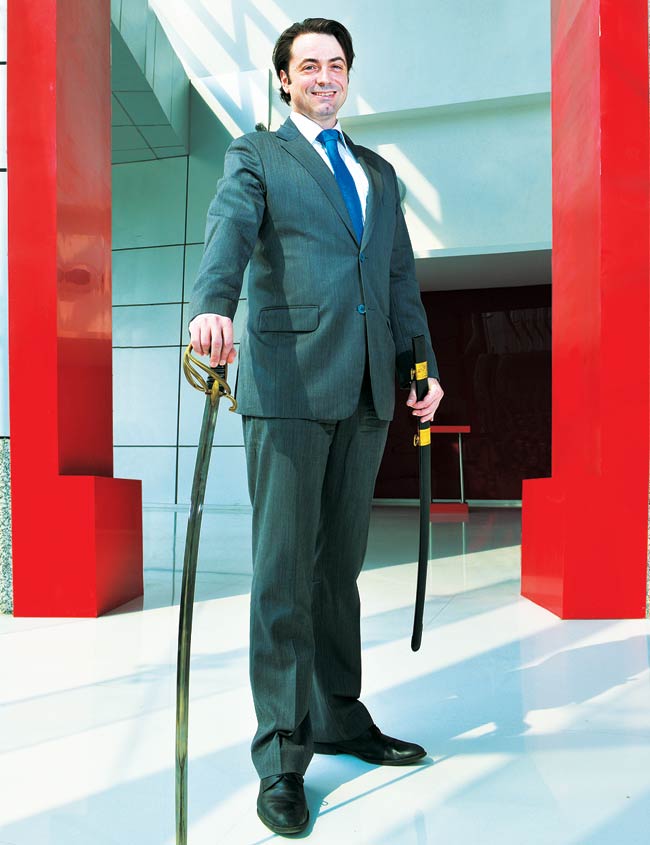 Joachim Murat, Managing Director, Morpho IndiaPhoto:Vivan Mehra/www.indiatodayimages.com
Tech Prince
His company won the contract to provide the technology for the first phase of India's Unique Identification (UID) or Aadhaar programme. Morpho, the leading French biometrics solutions provider, remains the preferred choice for the second phase too, which began in October 2012. Joachim Murat, who heads Morpho's India operations, believes Aadhaar is unlike any other identification scheme in the world. "In the first phase, which began in 2010, around 200 million Aadhaar cards were issued. In the second phase, we are expecting this number to increase to 700 million," he says. Murat also happens to be a descendant of Napoleon Bonaparte and is ninth in line to the title of Crown Prince of Naples.
Manasi Mithel 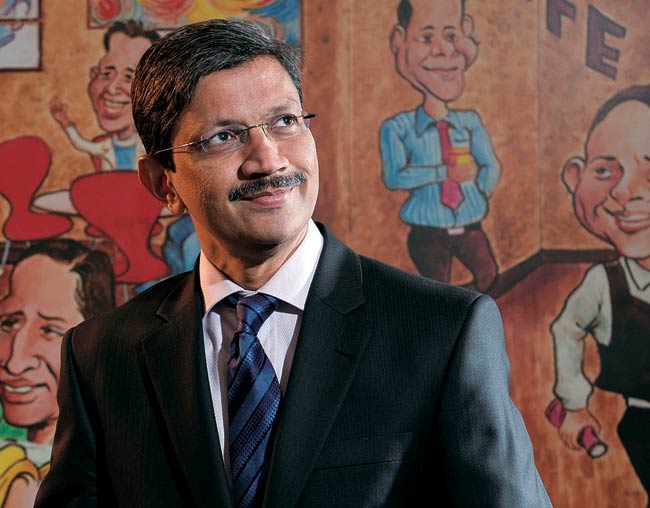 Somasundaram P.R., Managing Director, India, World Gold Council Photo: Nishikant Gamre
Golden Opportunity
Somasundaram P.R., a former banker, takes over as the new Managing Director of the World Gold Council in India at a time when the government is struggling to contain the ever-growing demand in the country for the yellow metal. Somasundaram believes the recent hike in import duties is a short-term measure and the long-term trend for gold will stay positive. "The hike is understandable as the government is struggling to manage its finances. But we will have to strike the fine balance between the government, the consumer and the manufacturer, as we also have to consider that the industry provides livelihoods to a lot of people."
Mahesh Nayak