Prominent people who made news

Ajit Singh, Civil Aviation Minister
New pilot from the heartland
The new Civil Aviation Minister Ajit Singh has a self-deprecatory sense of humour. The 72-year-old president of Rashtriya Lok Dal (RLD) laughs when asked about his vision for the struggling aviation industry in the two-anda-half years left of the United Progressive Alliance's current term, since the question assumes he will retain his job for the entire period. His record goes against him. The longest Singh has lasted in his three previous stints as Union minister was a little less than two years as agriculture minister a decade ago - a worrisome portent for the aviation industry.

"Financial distress," is Singh's take on the immediate challenge facing airlines. Even IndiGo, India's most profitable airline, is struggling. "There is no way the government can help any private airline; each one has to come up with a viable business plan," says Singh, setting boundaries for policy options, which may exclude a state bailout. But Singh does talk about reducing airlines' cost structure by suggesting to the governments of Maharashtra and Delhi that they lower tax rates on aviation turbine fuel (ATF).

Air India, of course, is another matter. Singh says the government will support the ailing national carrier. Looking beyond bailouts, he talks of the airline industry's importance in enhancing the country's connectivity. He says the aim should be to integrate smaller towns better into the air traffic grid. What should Singh do to get things moving? G.R. Gopinath, Chairman and Managing Director, Deccan Charters, says Singh's success will depend on his "ability to influence people around him", adding: "He'll have to get others on board."

Singh's political career began in 1986. Son of former prime minister Chaudhary Charan Singh, who built a significant support base among farmers in large parts of north India, he gave up a career as a computer engineer in the US to join his father. Piggybacking on his father's legacy, Singh, who studied at Indian Institute of Technology, Kharagpur, and Illinois Institute of Technology, Chicago, has managed to retain a tight grip on the Jat vote in western Uttar Pradesh. A seven-time winner of Lok Sabha elections, Singh represents Baghpat, an agricultural region 40 km east of Delhi.

"The surprising thing is that, although he is the antithesis of his father, he is successful," says Som Pal, now in the Congress, the only person to have defeated Singh in a Lok Sabha election, on a Bharatiya Janata Party ticket in 1998. "It is entirely his father's legacy," adds Pal of Singh's electoral success.

Singh's entry into the UPA in December 2011 has a lot to do with his party's ability to act as a force multiplier for the Congress in the upcoming assembly elections in UP. "RLD's impact is when it combines with others," says Professor Badri Narayan, of Govind Ballabh Pant Social Science Institute, Allahabad, adding: "Singh does not want to do bigger things; he is not ambitious." The industry can only hope for a miracle.
-Sanjiv Shankaran 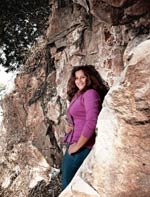 Sudha Natrajan CEO, Lintas Initiative Media
Familiar terrain
Sudha Natrajan, who has just been promoted as the CEO of Lintas Initiative Media, is known for her ability to multitask. Natrajan seamlessly moves between several roles: apart from her professional responsibilities, she is an amateur cyclist and a mother. She can comfortably strike up conversations with "a Swede or a Bihari rickshaw puller… I am genuinely interested in people and have this ability to connect with them instantly". How does she do it? Her high-energy levels and her interest in her work keep her going: "I am not a clock watcher and I really do not need too much sleep," she says. Her first job was with Parle Products in Mumbai. In 1994, she began her long innings with Lintas as an accounts manager based in Chennai
-Shamni Pande

Ilene H. Lang
Closing the gap
Ilene H. Lang is President and CEO, Catalyst, a New York-based research and advisory organisation, which helps companies identify capable women and elevate them to higher positions in their respective workplaces. How does India fare on this score? "Though a fast-growing nation, India still has fewer number of women business leaders, though there are a few prominent ones," says this mother of three. If asked why women should be leading corporations, her prompt response is: "Why not?" "I always answer a question with another question," she adds.
-Dearton Thomas Hector 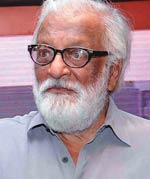 Bal Mundkur
Trailblazing Meteor
In Marathi, 'Ulka' means meteor. The man who set up Ulka Advertising, which had a meteoric rise in its early years and is now called Draftfcb Ulka Advertising, passed away on January 7. Bal Mundkur, 86, is remembered by friends and colleagues as a man of great charm and sharp wit. "Bal was a giant among ad men, one who built an institution that has continued to blaze a trail well after he got out of active management," says M.G. Parameswaran, CEO and Executive Director, Mumbai, Draftfcb Ulka. Mundkur was also a crusader for various causes - from building a hospital to helping set up Asia's first Museum of Christian Art in Goa - apart from being a keen chess player.
-Dearton Thomas Hector 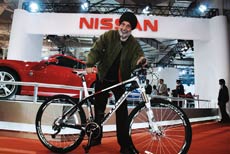 Shiv Inder Singh
Easy rider
If there was an exhibitor who stood out among the 1,500 or so who showcased their wares at the recent Auto Expo in Delhi, it was Shiv Inder Singh, 62. His company, Firefox Bikes, imports and sells luxury bicycles. So, what was he doing at an Auto Expo? "This event is all about mobility and cycles, though they may not have engines, also carry people from one place to another," he shot back. This Indian Institute of Technology, Delhi, graduate has made a success of his venture despite starting at the ripe age of 56, in 2005.
-N. Madhavan

George Soros
Advising inaction
George Soros, 81, the legendary investor, philanthropist, and expert on world currencies, feels the ongoing Euro crisis is more threatening to world prosperity than the crash of 2008 because "if the common currency broke down, it will lead to the break up of the European Union itself ". Soros, who was in Hyderabad in January, spoke at the Indian School of Business. His success mantra in today's markets: "Unless you can anticipate events correctly, it is better to do nothing than to keep losing money."
-E. Kumar Sharma