Even as India increases the scope of the Equalisation Levy, the US has initiated a probe against 10 countries for imposing taxes on digital services. This could effectively mean India, like many others, could face US reprisal, going forward 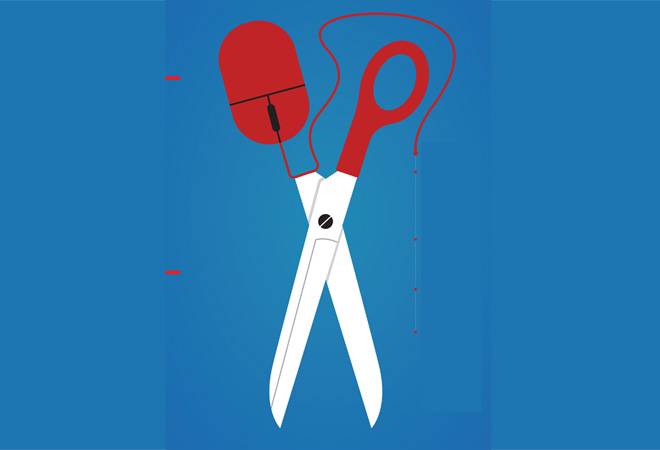 The United States recently threatened France with a 25 per cent tariff on goods imported from the country if the latter went ahead with its 3 per cent tax on digital services provided by foreign-based tech companies. It had slapped a 25 per cent tariff on import of French wine last year for the similar reason, forcing the French government to defer the implementation of its digital services tax by almost a year (from January 1 to December 31, 2020).

The US, home to many tech giants at the receiving end of the digital tax planned by France and other countries, is leaving no stone unturned to ensure that its technology companies don't end up being the worst hit. Barely a month ago, it had pulled out of talks on finalising a framework to tax digital companies, besides initiating probes against 10 countries, including India, which have levied or plan to levy taxes on digital services. India recently expanded the scope of the Equalisation Levy, or digital tax, to the sale of goods and services in the country by overseas e-commerce firms.

Responding to US allegations, the Centre has said the tax is neither discriminatory nor extra-territorial, and is consistent with Indias commitments under the World Trade Organisation and global taxation agreements. However, with no consensus on the contentious issue, there could be another round of trade war between countries, especially between the US and European countries.

The Equalisation Levy was introduced for the first time in 2016 as 6 per cent tax on revenues earned by non-residents from online advertising and related services. The burden of this tax eventually fell on local firms advertising on these platforms. In March, the government expanded the scope of this levy to include the sale of goods and services in the country by overseas e-commerce operators. The transactions will be taxed at 2 per cent if businesses earned more than Rs 2 crore. The new provision is applicable from April 1, 2020. Globally, the rate of digital tax varies from 1.5 per cent (in Poland and Kenya) to 15 per cent (Paraguay). In Europe, the tax rate varies from 3 per cent (France, UK, Spain) to 7.5 per cent (Hungary).

The need to tax digital companies - the likes of Amazon, Google and Netflix - arises because these companies collect digital revenues from countries where they do not have significant business presence, which in tax parlance is referred to as permanent establishments. These are new-age companies, which can use virtual infrastructure to operate in another country.

Countries across the globe have felt the need to tax revenues generated by such companies in a particular jurisdiction. Talks began in 2018 under the aegis of the Organisation for Economic Cooperation and Development (OECD) to formalise a framework on what and how to tax revenues earned by such companies in a country in which they have no physical or significant presence. But an abrupt US decision to pull out of the negotiations, involving 137 countries, and threats of retaliatory action against those levying digital taxes have hit the 2020 deadline. For India, it creates enormous uncertainty, since the country has always been at the forefront of adopting the concept of taxing foreign digital companies. It is now subject to a probe initiated by the US.

While tax experts and government officials have called it a bullying tactic, some are also confused by the US dilly-dallying on the issue. Akhilesh Ranjan, Former CBDT Member, and Principal Chief Commissioner of Income Tax, International, says: "The US is a bit confused. They are not able to decide what they want to do. The proposal, the unified approach that is being discussed, are all based mainly on a US proposal. It was the US which talked about these ways." What baffles Ranjan is the fact that though the US has withdrawn from the talks twice - the first being in December 2019 - it continues to attend the meetings. "So, does that mean that because of the presidential election in November 2020, they are not able to take a decision at this time?" he asks.

Experts hope once the presidential election is over, the US government is likely to make its stand on the issue clearer. OECD Tax Director Pascal Saint-Amans has even issued a statement that meaningful dialogues on a consensus on digital taxation can only occur after the US elections. Mukesh Butani, Founder, BMR Legal, also thinks any meaningful multilateral talks will happen only after the US elections. He, however, thinks the guidance given by the OECD that there will be a consensus on digital taxes by the end of 2020 is now a distant dream.

The main reason for the US developing cold feet on digital taxation is its apprehension that the same will hit American tech giants the most. Even though there is no consensus yet on what and how to tax the digital economy, many countries have already implemented or plan to implement such a tax. In the absence of a consensus, the rate and scope of the tax varies from country to country.

Unlike in India, where the 2 per cent Equalisation Levy is applicable on a host of e-commerce operators selling goods and services worth Rs 2 crore or more in a year, most European countries have levied or plan to levy taxes mainly on big tech giants with global turnovers of $840 million or more in a year. Such a high threshold for turnover means most large US corporations will fall in the tax net.

Says Sunil Arora, Tax Partner at chartered accountancy firm ASA & Associates: "If I was the US, I would have reacted in the same way. I am not saying it is justified, but given that I am the worst affected because I own the Amazons and Googles of the world, there has to be some reaction."

He, however, admits that it (the retaliation and arm twisting) is not good for the future of the talks. "This action of the US (to pull out of the talks) is unilateral and I don't think it will find much support among other countries."

So, what happens if the OECD fails to break the impasse on digital taxation?

Himanshu Parekh, Partner and Head, Corporate and International Tax, KPMG in India, says if the US does not agree, each country will come out with its own unilateral measure like what India recently did. "It will create a lot of tension as far as global trade is concerned," he says.

The nature of the digital tax, at least the way in which some countries have formulated it in the absence of a global framework, is such that it feels more like a consumption tax than an income tax. And if no solution is arrived at, countries may use it as an import tax. Akash Karmakar, Partner in law firm Panag & Babu, says digital tax has ceased to be a tax in the true sense of the word, it's more of a tariff. "The illogical part of the digital tax is that it is deliberately targeting companies that are outside the country," he adds. He, however, hopes that all 137 countries could get into a discussion with the US and try to convince it that it is in the best interest of the latter to agree to a global framework on digital taxation.

These developments are significant for India given its decision to expand the scope of the Equalisation Levy, despite the fact that no such provision was part of the Finance Bill presented with Budget 2020.

The announcement was followed by the US decision to probe 10 countries, including India, for introducing such a tax. Finally, the US pulled out of OECD talks.

Do these developments then make India's case for taxing non-resident digital companies weaker? Irrespective of the fact that most experts believe the government's decision to expand the scope of Equalisation Levy is a not well thought-out move, it may still escape the US ire.

The reason is its wider scope and much lower threshold. Unlike in other countries such as France and the UK, where the focus of the tax in digital services only, in India, the tax will be levied on both goods and services.

Mukesh Butani of BMR Legal says the investigation initiated by the US on India's digital tax falls under the US Trade Act, which gives its government power to impose retaliatory measures against each country that is discriminatory for American business enterprises. "But if you look at the India levy, it is not discriminatory. India has not imposed the tax on US companies. It has also not imposed this tax (only) on large technology giants. The threshold for the Equalisation Levy in India is very low (Rs 2 crore)," he says.

Akhilesh Ranjan agrees. "The Indian tax is very broad-based and has a very low threshold."

Experts and government sources say the Centre is not unduly perturbed by the US investigation, though it delayed the notification of the law, keeping in mind the US threat. There is almost unanimity among tax experts that India could have waited for the issue to be resolved at the multilateral level before expanding the scope of the tax.

Besides, the suddenness of the move has also not gone down well with businesses. "India has always been criticised for (tax) uncertainty and this only added fuel to the fire. If you could have given companies something to think about, they would have submitted their objections, they could have worked out something or at least would have some indication of what was coming," says Arora of ASA and Associates.

The new 2 per cent levy on the sale of goods and services that have no permanent establishments hereis believed to have been an afterthought by the government, and desperation to find ways of generating revenue. The government had collected around Rs 900-1,000 crore from the 6 per cent Equalisation Levy. With a much wider scope of the tax, the figure is expected to be higher.

Meanwhile, the government will keep an eye on the talks at the OECD level, hoping the US shuns its antagonistic approach and agrees to resolve the issue at the earliest.