Facts to keep in mind when shopping for a new car

The auto expert equips you with all the right facts to keep in mind when shopping for a new car. 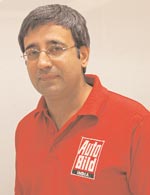 Yogendra Pratap, Editor, Auto Bild India
Premium cars is the domain of the Germans and amongst them it is Audi, BMW and Mercedes that have but closed out this battleground. Others like Porsche, Jaguar and Land Rover are all but fringe players with mainstream manufacturers also trying to move in and make a mark in this exclusive group. Others who have already made a mark in some other fields like motorsport or through some iconic cars which were not necessarily premium, like Mini, are also trying to get a foot in, because not only does this segment rule aspirations but also the bottomline.

Each of the premium brands built their name and heritage through some attributes which have traditionally translated to the entire range. In the case of Mercedes it was always comfort and refinement while BMW took it to the other extreme and stood for the pleasure of driving - epitomising sportiness. 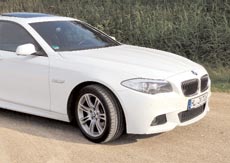 New BMW 3 Series
Audi tried to bridge the gap by straddling the two extremes and producing cars on embodying the cutting edge of technology. Volvo on the other hand stood aloof and concentrated on safety. However as demands from cars get increasingly similar from different parts of the world, cars are also converging in terms of not only shape and size but also design, technology and ethos.

Mercedes has turned totally sporty with the A-class while the new 5-series from BMW has one of the softest suspensions seen on a BMW in decades. While the current X1 is crisp with a sporty (read 'requiring huge effort') steering, the new X1 will have a much smoother and softer ride with a steering which is easy to turn even when at a standstill. Volvo still makes the safest of cars but seems to have lost its monopoly on safety.

Interiors of the Audi A8
So how does one choose a premium car if the boundaries between brands is fading, technologies are getting similar and features and the value-for-money proposition seems to be similar? The golden rule of premium car buying is to buy the latest - for it will incorporate the newest in not only the technology that is available but will also have the wow factor associated with the new offering. And to compete in this closed group the product is usually better than the rest in the market. Gone are the times when one had to wait for the car to be a success on the road before making a buying decision.

Each car model in the premium space has a life cycle of about seven years and is handed a mid-life refurbishment between its third and fourth year. The best is to buy the car at the start of its life cycle and if it is towards its end, then you should be able to get a good deal on the car.