Skyfall is being touted as the most successful James Bond film in the 50-yearlong run since the inception of the franchise.

Bond at his best
It's time for fans of the 007 franchise to gear up for a whopper release. Skyfall is being touted as the most successful James Bond film in the 50-year-long run since the inception of the franchise.

Following its preview by the international media, the film has received unanimous praise and is predicted to rake in more than $1 billion at the box office. Experts have appreciated the stuntsmanship in the movie, and are of the opinion that they're some of the best ever seen-the dramatic opening sequence itself has been reported as Oscarworthy.

Add to that the winning combination of Daniel Craig and Javier Bardem in good guy-bad guy roles and some stellar direction by Sam Mendes. With a soundtrack by British darling Adele, it seems we're all in for one action-packed treat. HEAT IT UP
If there's anyone who could put a spin on global warming, it's Cuban-American singer Pitbull. The international superstar's forthcoming album entitled Global Warming has been highly anticipated. Recorded from all around the globe, it will make a worldwide released in November. Among other tracks, the album will feature Back In Time from the action comedy Men In Black 3, his new single Don't Stop The Party, and the international hit Get It Stared with latina goddess Shakira. The follow-up to Pitbull's critically-acclaimed album Planet Pit, this socially relevant title ought to get his message across loud and clear. The man has a way of making us listen, and going by his track record, this time ought to be no different. Book adaptation: Life of Pi
It's been seven years since Ang Lee wowed audiences and oscar bugs alike with his direction on Brokeback Mountain. He seemed to have dipped in the years after, but with the impending release of Life of Pi, that's all about to change. Based on Yann Martel's decorated 2001 novel of the same name, the film is carried on the shoulders of newcomer Suraj Sharma playing the role of Pi aboard a life boat where he's given company by a handful of wild animals including, a Bengal tiger. All in 3D. 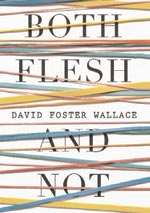 Both Flesh And Not
Racking up hype through the internet, David Foster Wallace's upcoming title is a compilation of 15 essays. The collection will include what many consider to be Wallace's masterpiece, and is sure to be a page-turner. 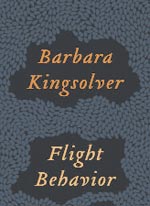 Flight behavior
Barbara Kingsolver 's new novel details the awakening of its 29-year-old protagonist, where she abandons her mundane life for a self-destructive affair with an unlikely young man.