How to make a lasting impression in shortest possible time

How to make a lasting impression in the shortest possible time.

Shamni Pande
Let me start with an anecdote I heard from Josy Paul, Chairman and Chief Creative Officer at advertising agency, BBDO India. Almost a decade ago, Paul, then head of an agency called RMG David - which later merged with Bates - was pitching for LG's mobile phone business. His team was made to wait for two days before being given 10 minutes with K.R. Kim, who then headed LG in India.

When they entered, Kim did not even ask them to sit. Paul knew he had to make an impression instantly. "I started by saying, 'I have two words which can solve any problem, be it with your child, with your spouse…,'" he says. But he did not give away what those two words were. Paul eventually had Kim pounding his fist on the table in rage, saying: "Tell me, I want to know right now." At this stage, Paul relented. The two words were: 'Let's talk', and they won him the account. 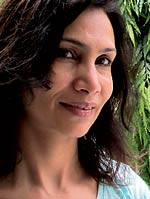 Shamni Pande
These are the times of snappy tweets, short 'txt' messages, 10-second ad spots... you get my drift. It is essential to grab attention, and do so quickly. Journalists, for instance, are now under enormous pressure to convey the latest news faster than ever before.

To do so calls for maintaining not only a wide network of reliable sources who provide information on the trot, but also of analysts who can give succinct interpretations of a development in 10 minutes flat. People in other professions too face similar pressures.

Thus 10 minutes is sometimes all you will get to make your biggest career move, or clinch a vital deal. How do you utilise them effectively?

Here are some tips to help you start:

Sort of, sorted: You lose your audience when you punctuate your sentences with fillers such as sort of, you know, like, and so forth. These meaningless expressions dilute the impact of your words. Avoid them, and focus on the key points you need to make. There are also ways of enhancing impact, such as voice modulation and the appropriate use of humour. But learning these takes time and training.

Speak with passion: Good speakers are those who speak with a lot of feeling. They do not engage in verbal pyrotechnics. Many do not even try to be witty. They draw attention because they communicate clearly, and make you feel they care about what they are saying.

"It is very important to feel something and then say it," says Paul. Every sentence should have a cogent thought behind it, or convey important information.

Live in the moment: People who grab attention are those who are not burdened by baggage. They tend to be very here-and-now. They connect promptly to developments around them, which enables them to respond to evolving situations fast.

Add value, differentiate: There is no need to be flashy. Take Sangeeta Gulati, Chief Financial Officer at education solutions provider Educomp Solutions. Gulati, a no-frills person, recalls the time she had just joined Educomp. She could not understand why the company's then financial controller was having protracted lunch meetings and getting into complicated procedures to just open a letter of credit with a bank. When she, by sheer chance, happened to enter the lift one day along with Educomp's chief Shantanu Prakash, she asked him if she could give that elusive letter of credit a shot. He assented, she succeeded, and the rest, as the saying goes, is history.