Banking for the Future 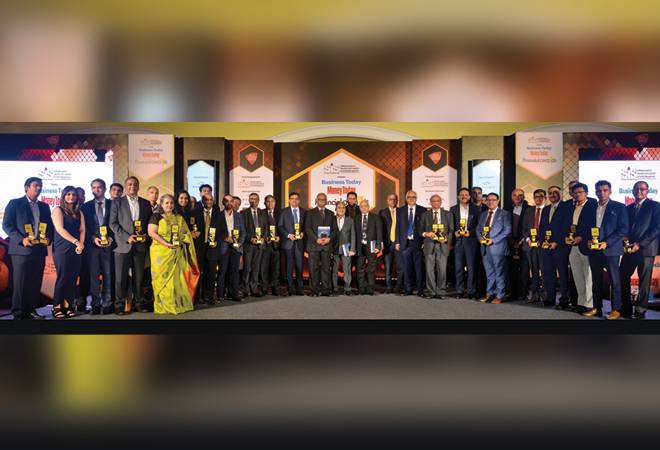 In the end, it was a tie for the title of the Bank of the Year at Business Today-Money Today Financial Awards 2020. State Bank of India (SBI) and private sector major HDFC Bank jointly bagged the award. HDFC Bank won for the sixth year running, while for SBI, it was the second time. HDFC Bank also bagged 'Best Large Bank' and 'Best Fintech Engagement' awards. SBI was also awarded for being 'Best in Rural Outreach'.

Delivering his keynote address on 'New Vistas in Indian Banking', Gandhi said retail credit demand will continue growing as India moves towards becoming a low inflation economy. "Going forward, India will have low inflation. Naturally, interest rates will also come down, so will returns from savings instruments. This is what is making people borrow more and enjoy goods and services now rather than investing in savings instruments. Many countries have followed that pattern. It is now happening in India," he said.

Perfios won the best fintech award in value-added services, while Paymate and NeoGrowth won in payment and lending categories, respectively.

The Best Small Bank award was conferred on Bandhan Bank, the Best Mid-Sized Bank was IndusInd Bank and the Best Foreign Bank title was given to JP Morgan India. The 'Best Innovation Award' went to ICICI Bank.

Even as lending by fintech players is minuscule compared to lending by commercial banks, the magnitude will grow. Gandhi said demand for loans will keep growing as individuals now prefer credit over allocating money in savings instruments that are fetching low returns.

Among other trends in the economy, investors will keep moving to riskier instruments such as equities and mutual funds. As for micro, small and medium enterprises (MSMEs), they are also shifting to fintech players. "New business models are emerging. They are gathering data from alternative sources and helping MSMEs access funds," said Gandhi, adding that banks will not give large loans. "With rising NPAs, banks are being forced to be limit credit disbursal. Big corporations will have to approach capital markets for large funding," he says. Meanwhile, Gandhi doesn't see India getting back to double-digit credit growth. Credit demand from services has slowed. It is one of the key reasons for low credit growth. According to the RBI, growth in bank credit dropped to 8.5 per cent in January compared with 13.5 per cent in the same month a year ago.

The BT-MT Financial Awards were sponsored by SIS.

When Equities Are on Sale