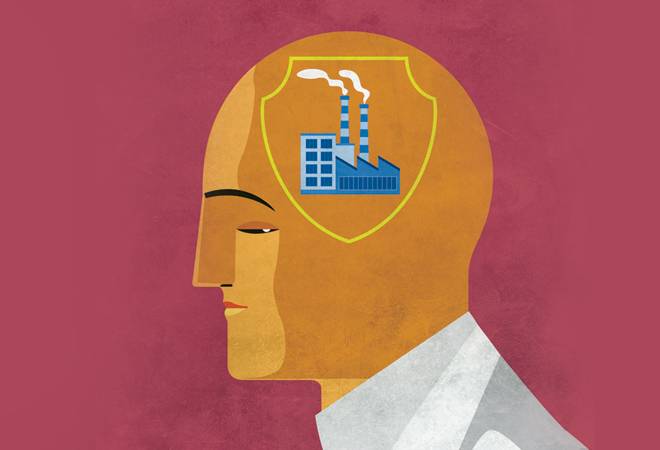 Leakage of methyl isocyanate (MIC) from the chemical plant of the Union Carbide India (Ltd), in Bhopal in 1984, was one of the worst industrial disasters of the world. According to estimates, 8,000 people died within two weeks of the accident, and 8,000 or more have since died from other gas-leak-related diseases.

Industrial accidents happen every year all over the world. There are ways in which countries and organisations can prepare themselves to minimise these occurrences, and respond to them effectively, should they occur. While the terms accidents, emergencies and disasters are often used interchangeably, they are not the same. An accident (industrial) is a sudden and unexpected occurrence (in the industry), which interrupts the orderly progress of the work and has the potential to cause harm to people, assets, the environment or reputation. An emergency is an accident which, if not addressed rapidly, can deteriorate and become a disaster. A disaster is an event that disrupts the functioning of a system (be it an industry or a community) and causes human, material and economic or environmental losses that exceed the community's or society's ability to cope with using its own resources. So, while the most critical aspect of emergency is the "time" element, the most important criterion in a disaster is "local capacity".

Industrial accidents range from accidents in chemical factories to shipwrecks causing oil spills in oceans. They can happen in all segments of industry like petroleum, petrochemicals, mining, nuclear, construction, shipping or transport. Their nature varies based on the type of industry, nature of the disaster and the type of environment where the disaster happens. Oil and chemical spills occurring during transport of hydrocarbons and other chemicals form a particular stream of chemical accidents. Natural disaster-induced industrial accidents or NATECHs, such as the Fukushima nuclear power plant accident after the 2011 tsunami in Japan, is also gaining increased attention these days. Similarly, cyclones often cause shipwrecks and oil spills across the world. Earthquakes have impacted industries from chemicals to refineries. The changing climate is expected to increase hydro-climatic extreme events further, which may, in turn, cause significant increase in industrial accidents, unless addressed proactively.

Thousands of people die every year from completely preventable incidents inside industrial premises. A few trends that have the potential to impact the number and the gravity of industrial accidents that could occur in the future:

Increased automation: Some experts say the Fourth Industrial Revolution has already set in, and the future belongs to automation. Human beings will be increasingly displaced from workplaces and instead be replaced by Artificial Intelligence (AI) and intelligent robots. 'An Oxford Martin School Study in 2013' predicted that 47 per cent of jobs will be replaced by automation by 2030. The explosive growth of AI, improved performance of robots and the arrival of Covid-19 have accelerated the trend, and the predicted changes may now happen as early as 2025.

Increased automation will have its impact on industrial accidents. The No. 1 cause of industrial accidents is human error. So, when the number of activities undertaken by human beings reduces, so will the chances of having such incidents. Secondly, when there are lesser number of people on the premises, any accident will cause fewer casualties or fatalities.

3D printing and distributed manufacturing: Three-dimensional printing (or 3D printing), wherein objects, such as machine parts or building components, can be printed is a relatively new technology, which is becoming immensely popular. It is expected that one day we will no longer need massive assembly lines for manufacturing of goods and the logistics supply chain to distribute them around the world. Instead, many things can be printed and assembled inside the convenience of your home or most things that you wanted could be printed at a location closest to your home. For example, having a 3D car-printing facility in every car showroom where one could work with an engineer and sales person to design and customise the vehicle and then have it printed locally is very much conceivable. Such distributed manufacturing will significantly reduce the scope and scale of industrial accidents in the future.

Internet of Things and Big Data analyses: Two other technologies driving the fourth industrial revolution are Internet of things (IOT) and Big Data analyses. In IoT, virtually every piece of hardware in the world, from a household fridge to a car to a commercial crane to a petrol station, are all linked to the Internet and is sending real-time data into it, like what cellphones are doing now.

Big Data analysis, in contrast, is the approach of harnessing the massive amount of data available, currently facilitated by the digital revolution. Trends and patterns, which can be used to make useful conclusions are derived out this massive amount of data. For example, by analysing the number of times the word "flood" appeared in tweet feeds in a region, data analysts are able to forecast the timing, trend and location of impending floods. So, when every piece of machinery in every vehicle, ship, airplane and industry is connected to the Internet and is constantly sending information to it, Big Data analyses can often predict the possibility of failure much ahead of even the most skilled supervisor on the ground.

When IoT links every piece of equipment, new lessons are learned and efficient practices can be sent back to these machines within microseconds.

Updating current practices and training thousands of technicians around the world could take a year to complete and, in the meanwhile, similar accidents may re-occur in multiple places.

Better trained workforce: While automation will take over a majority of jobs, especially on the shop-floors, changes will also happen in the work of personnel who are left behind. The previous practice of people having a life-time of jobs will change and instead every employed person will be "super skilled" to do the task he or she is hired to do. This will be the norm. People, therefore, will have multiple jobs within their working lives and will be forced to continuously seek and update themselves with new knowledge so that they can remain useful at the workplace. When you translate this concept to the industrial jobs that have a potential for accidents, the situation where the employee is better trained and is up-to-date on modern developments will clearly have an edge in reducing such accidents.

Globalisation of manufacturing: A trend that has been going on for the past few decades is the shifting of large-scale manufacturing to developing countries, even when the consumer base remains global. While the primary objective of such shifts is to take advantage of the lower costs of workforce, they may also lead to industries operating at lower safety standards than what was possible in developed countries. There are other industries, such as mining, which by their very nature, are set up wherever raw materials are found. As significant quantities of petroleum and other natural resources are found in developing countries, there are many mining and upstream hydrocarbon industries in these countries. Not all industries in the developing countries have identical standards; the organised sector typically has better standards.

This may be changed in the future and industrial accidents may get increased attention in global conventions in the coming decades. The Sendai Framework on Disaster Risk Reduction (SFDRR, 2015) already factors in technological hazards in addition to natural hazards in its framework.

Artificial Intelligence (AI) and Robotics: As the field of AI matures and robots become more robust, one should expect that a significant proportion of emergency response at corporate offices will shift to AI and at the frontline will shift to robotic operations. A human manager may be highly stressed if a number of people die in an accident and (particularly) when the manager may have direct or indirect responsibility for such occurrences. The judgement of the manager may be impacted during such situations. Also, human managers will need to stop working after 12 or 18 hours to ensure they receive sufficient rest and recuperation, the absence of which may also lead to errors in judgement. AI systems are able to process large quantities of data, coming through multiple media in real time, without any stress.

Satellite and Drones: AI and Robotics are not the only new technologies which will be deployed during disasters. Satellites are already being used to track oil spills and slicks on both onshore and offshore facilities and locations. Drones would play a very important role not only in detection and monitoring of emergency situations, but also in the emergency response undertaken of deploying the equipment closer to the field and the actual firefighting or dispersant-spraying acts.

Social media and communication: When the Bhopal incident happened in December 1984, there were no social media, smartphones or even cable TV networks with 24/7 newscasts. So, the news of the disaster took days to reach the rest of the world, and the gravity of the full tragedy was never recognised for weeks. Today, a similar incident would be in social media within minutes, and the whole world will know of the scope and spread of the situation in real time. This brings in many positive elements of local accountability and global response to any kind of disaster.

Collaborative emergency response faculties: There are international systems, such as United Nations Disaster Assessment and Coordination, for providing global response for natural disaster management. Most countries have their own systems, including trained personnel and equipment to respond to a natural disaster such as floods or earthquakes. However, there are no such global systems for industrial disasters. While oil industries have come together and formed collective systems such as "Oil Spill Response Limited" in Southampton, UK, where equipment and expertise for fighting oil spills is always available as a stand-by, such systems are not available for other industries.

In future, one should expect that global systems for industrial emergency response, with expertise, equipment and protocols for responding to natural disasters, will emerge. This will ensure that industrial disasters, wherever they happen, are dealt with using similar procedures and technological prowess.