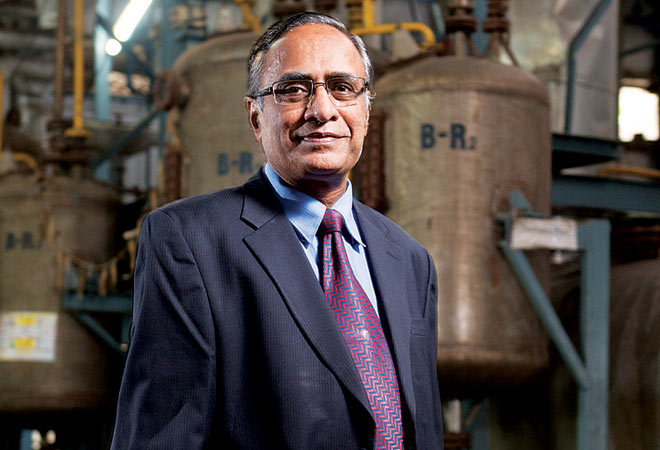 Anand Ladsariya, 57, is a known face in the angel investing community. Since 2007, the founder and Managing Director of Everest Flavours has invested Rs 6.5 crore in 60-odd companies, including OYO Rooms, GreenDust and Speakwell. A first-generation entrepreneur, Ladsariya started his entrepreneurial journey as a trader in menthol and peppermint oils in the early 1980s as a 25-year-old. The surge in demand for these oils - used in toothpaste, pharmaceuticals, balms, tobacco products & confectionery - over the past three years, especially from China, has helped the company make big gains.

KEY FACTS
After starting trading operations in 1983, he opened a factory in Mumbai in 1986 that could produce 50 tonnes of menthol crystals. In 29 years, that capacity is now up to 2,500 tonnes.

Having started with the domestic market, the company ventured into exports in the 1990s. To mitigate the fluctuating prices of mentha leaves, Everest decided to sell one-third of its produce to Singapore-based Tien Yuan Chemical on the basis of a fixed-formula under a long-term contract. "In 1984/85 we used to import from Tien Yuan; after 1986/87, they started importing from us," says Ladsariya. "Selling one-third of our produce under a fixed formula helps us mitigate risk." Adds C.L. Shih, MD of Tien Yuan Chemical: "Our three-decade-old relationship with Everest has been a win-win situation for both of us." What are the challenges? "The Chinese slowdown has already impacted us with volumes falling 10-15 per cent," says Ladsariya. In terms of future plans, he says his focus will be on value-added products. "We have started manufacturing blended oil. It will improve margins and increase profitability." Ladsariya hopes the rise in global consumption of consumer products could help grow Everest's top line by 10 per cent and profits by 15 per cent over the long term.