When English industrialist William Hesketh Lever launched the iconic laundry soap, Sunlight, in 1884, the idea wasn't just to popularise a sense of hygiene in Victorian England. The founder of soap manufacturer Lever Brothers said he also wanted to relieve the women of England from the monotony of washing clothes. Lever believed an enterprise could be successful only if it was sensitive to the needs of members of society. "To make cleanliness a commonplace; to lessen work for women; to foster health and contribute to personal attractiveness, that life may be more enjoyable and rewarding for the people who use our products" was the intention behind introducing Sunlight, he said. It was a mission statement that soon spread beyond English shores. Within four years of the launch of Sunlight in England, a large container with crates of soap bars embossed with the words "Made in England by Lever Brothers" hit the shores of Kolkata harbour.

Sunlight was followed by other iconic soap brands such as Lifebuoy, Pears and Vim. "W.H. Lever could foresee a consumer market in India, when it hardly existed," says Nitin Paranjpe, CEO of the Rs 26,000-crore Hindustan Unilever Ltd (HUL), the Indian unit with roots to the enterprise Lever started. But the Indian market hasn't been easy. HUL's journey here has been closely tied with the ups and downs of the country's history. For example, soap sales suddenly plummeted in 1930 when the Swadeshi movement was at its peak and Indians were boycotting imported goods to protest against colonial rule.

One option was for Unilever to stop doing business in India. But the company dismissed the idea and instead decided to start manufacturing in the country. The first soap factory of Lever Brothers was set up in Sewri in Mumbai in May, 1934 after Lever Brothers India Ltd was incorporated in October, 1933. "We would gravely be at fault did we not have the courage to adjust our policy to new conditions, and the confidence in our ability to do so," said Andrew Knox of the Overseas Committee, Unilever, in London in 1931.

Today, HUL is the biggest consumer goods company in India with a massive portfolio extending all the way from toothpaste to tea. Its products are found in millions of retail outlets across the country. But that's a long way from the time it first set up shop in the country. For years, it was mostly synonymous with selling hydrogenated vegetable oil under the brand name, Dalda, in the iconic green and yellow packaging. In 1930, Lever Brothers acquired a Dutch company, Margarine Unie, the makers of Dalda, in England. By then, Margarine Unie was already exporting Dalda to India. Its Indian entity was called Hindustan Vanaspati Manufacturing Company. An old kirana store with a Dalda ad. HUL has millions of retail outlets across the country
Hindustan Vanaspati Manufacturing Company and Hindustan Trading Unit continued in India as separate units of Lever Brothers. All these entities were merged under the Hindustan Lever Ltd umbrella in 1956. In 2007, the company changed its name to Hindustan Unilever.

Paranjpe says one of the biggest turning points in the history of HUL was the price control policy in 1973. The government had imposed price controls on several manufactured products, including soap and vanaspati, in an effort to curb inflation. As a result, the company had no choice but to sell its products below cost price, which led to massive losses for the first time. In order to combat price regulation, the then Chairman of the company, T. Thomas, decided to introduce a common man's soap, named Janata, to persuade the government to lift price curbs on all soaps. Goods being moved out of the Mumbai factory
The strategy paid off and the government scrapped the controls. Thomas wrote in a document to mark 75 years of the company that if price control had continued for some more time, the company would have suffered mounting losses and Unilever would have considered ways of pulling out of India as it had done in some African countries. "During the price control regime we had a choice of walking away, but we decided to engage with the government. If you are committed to the long-term, you will have resolve and resilience," says Paranjpe.

The next big challenge for HUL was the government's drive in the 1970s, when many multinational companies were asked to divest their majority stake in India. Some, such as Coca-Cola Company and Shell Petroleum, walked out. But HUL decided to tread the more difficult path of working with the government. 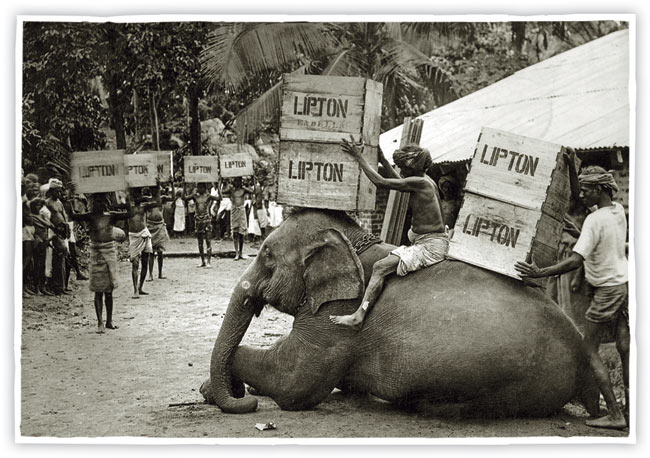 Lipton Tea crates being carted on elephants. Distribution methods have come a long way since then
It convinced the government to allow it to retain its 51 per cent stake in the company by promising it would ensure that 60 per cent of its turnover would come from investments in the core sector and 10 per cent of its export would constitute items from the priority sector, such as agricultural products. "We exported products such as seeds, fertiliser, animal feed etc which were not our core areas," says Paranjpe. "We got into these businesses as they were relevant to the India of that time."

The biggest watershed for HUL was the liberalisation of the Indian economy. The scrapping of regulatory frameworks allowed the company to expand into new areas through mergers and acquisitions. In 1993, Tata Oil Mills Company (TOMCO) merged with HUL in one of the most high-profile events in India's corporate history. Paranjpe admits the shift towards catering to the aspirations of the new Indian has not been easy. The company's over 10 per cent dip in profits in 2009 was a wakeup call. "We realised that we needed to keep innovating and evolving in a more discontinuous way. We had to think keeping the consumer at the centre and evolve as per his or her needs." An old Dalda packaging unit. The iconic product was a popular cooking medium decades.
After the government threw open India's economic doors in the early 1990s, HUL gave its product portfolio a contemprary touch and launched new brands. In 2011 alone, it launched 30 new brands. A product like Ponds, for instance, which for decades was a super-market cold cream brand, was given a face-lift with high end age-block products such as Ponds Age Miracle priced at Rs 2,500.

"India has evolved and the aspirations of the people have changed. India is part of a globally connected world, and we also had to change," says Paranjpe. 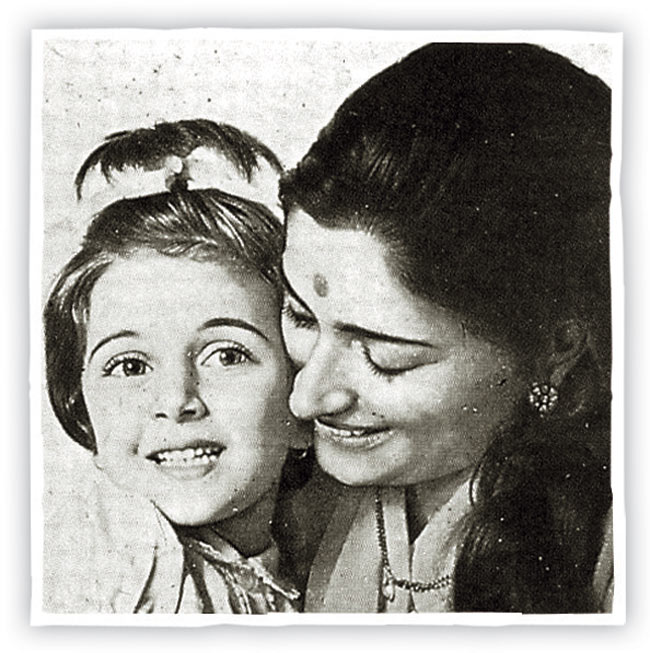 A Pears ad. The soap was a huge hit with children across the country
The company noticed while urban India was becoming global and was happy to spend on premium products, aspiration levels of rural India had also changed. "A consumer in smaller markets wants to use a shampoo and a conditioner as much as the urban consumer wants to," says Paranjpe. He says he was surprised to see a bottle of Comfort fabric conditioner in a house in a small Andhra Pradesh town. An old Sunlight ad
Robust growth in personal care and food products prompted the parent company, Unilever Plc, to offer $5.4 billion at the end of April to increase its stake in the Indian subsidiary to 75 per cent from 52.28 per cent. It is the global company's biggest deal in more than 10 years and the largest single investment in the Indian consumer goods sector. So, where does Paranjpe see HUL five years from now? "I am trying to develop a business model which focuses on sustainability. I want to decouple it from resource use and re-couple it with societal growth." India has evolved and the aspirations of people have changed. India is a part of globally connected world and we also had to change: Nitin ParanjpePhoto: Rachit Goswami/www.indiatodayimages.com
Though times have changed, 129 years later, Paranjpe's strategy still echoes the philosophy of the founder, W.H. Lever.
Tags: HUL | Hindustan Unilever | Oldest multinationals in ndia

Castrol in India: Reaping the fruits of its resilience