DHL understood what students wanted - and made a business out of it.

Students can buy prepaid cards and use them at any DHL outlet to send applications <em>Photo: Rachit Goswami</em>
Suprotip Ghosh
Studying abroad is a dream that comes true for thousands of young Indians each year. But first, there is the hassle of applications. While part of an application is usually submitted online, there is no getting around sending paper documents. And yet, until 2003, there was no affordable, fast and reliable way to do this.

Some 80,000 Indian students went to the United States in 2002, according to logistics company DHL Express . They sent documents through either the government-run postal service or local courier companies of varying dependability. "When we saw the need for a service to cater to the needs of university students, we launched University Express," says R.S. Subramanian, DHL's country manager for India.

The service, developed for the Indian market, lets students send applications for as little as Rs 890 apiece. This is not business as usual for DHL, a Fortune 50 company oriented towards big business. Other than the 300-gram Express Envelope, most of its products, such as the Jumbo Box, are designed for large shipments. Few students can afford the Express Envelope, which costs nearly Rs 4,800 for next-day delivery to a destination in the mid-western US.
"It is tough for a student to afford DHL in a country like India," says Anil Gautam, head of sales in the business unit that runs University Express and DHL Express Easy Student (the two services are being integrated worldwide) in India. 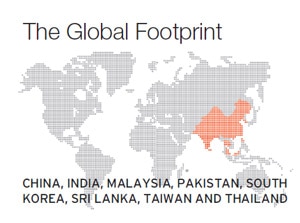 DHL's relative reliability and provision for tracking made the complicated application process easier. It also made DHL's logistics expertise affordable for students. New packaging - a rigid, waterproof envelope - was designed as a part of the innovation. To take on the unorganised competition, DHL had to deliver within the week at worst, and do it consistently, says Gautam.

Initially, DHL planned to sell coupons of different denominations through various outlets. The coupons could be used at DHL pick-up points to send packages to universities in different parts of the world. But after it launched the service, the challenges became apparent. Students sometimes lost coupons, which could then be misused. Many studied in a city other than their home town, so the coupons had to be recognised across the country.

DHL then launched a prepaid card, which could be topped up, and used to buy Easy Student services at any DHL outlet. To curb misuse, swiping the card would send a code via SMS to a registered mobile number, which would be used to authorise the transaction.

The numbers suggest the innovation has worked in India. This year, says Gautam, growth in the segment is in the high twenties, according to initial estimates.

Given China sent even more students abroad than India, it made sense for DHL to offer this innovation there, too. According to 2013 data from the US-based Council of Graduate Schools (CGS), China accounts for about 29 per cent of international graduate students in the US, while India accounts for one-fifth.

If anything, the need in China is greater. In 2009, while an Indian post office served 21 sq km and 7,175 people on average, its Chinese counterpart covered 177 sq km and 25,000 people. Chinese local courier companies, too, were not always reliable. The profile of Chinese students and the way they sent applications was similar to India, says Hong Kong-based Yung C. Ooi, who heads DHL Express's marketing communications in the Asia-Pacific region.  "University Express was a good example of our colleagues in India being close to the market," he says. He adds that the student service, launched in China in 2006, is doing well.

Besides China and India, DHL caters to students in Malaysia, Pakistan, Sri Lanka, South Korea, Taiwan and Thailand. It sees students as a growing market, and seeks to catch customers young. CGS notes that while applications from China declined slightly last year, they are still substantial -194,029 Chinese students went to the US in 2012, according to the Institute of International Education, an independent non-profit. Applications from India are up 20 per cent from last year.

The overall international cargo market is growing too. According to a May 2012 CRISIL report, DHL is the market leader. The report notes that document shipping is expected to grow at 12 to 15 per cent a year, and commercial goods shipments at 30 to 35 per cent. A recent ORG-MARG survey estimates that the industry will grow 20 per cent a year over the next five years, to Rs 50 billion.

So it looks as though DHL, like the students it serves, has plenty of potential for growth.