Siemens switchgear developed for India is bringing electricity to consumers in a growing number of countries.

<em>Photo: Rachit Goswami</em>
Mahesh Nayak
An RMU, or ring main unit, is a switchgear assembly used to distribute power to consumers. Originally developed in Europe for medium- and low-voltage distribution, Siemens's RMU was designed for 24 kilovolts (kV) distribution networks. But Indian networks are 12kV, so the company had to develop a special RMU for India. This was a challenge, as switchgear mechanisms are complex. Siemens's India team made it simpler and about 100 kilos lighter. It also made it around 40 per cent cheaper than what was sold earlier, and adapted what was an indoor product in Europe for outdoor use here. There are many markets besides India where RMUs have to be installed outdoors, so Siemens plans to launch the Indian RMU in more markets. The product already brings power to consumers in Bangladesh, Nepal and Sri Lanka.

This RMU is among the 31 products Siemens has developed for the Indian market as part of its SMART - Simple, Maintenance-Friendly, Affordable, Reliable, Timely - initiative. 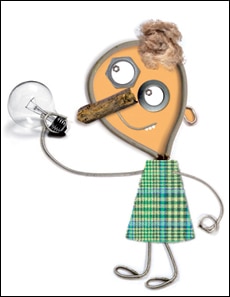 SMART, launched in 2008/09, illustrates the saying "Necessity is the mother of invention". A decade ago, Siemens in India imported products developed in its home country, Germany, or stripped them down into low-cost adaptations with inputs sourced domestically as much as possible. Some international competitors had similar strategies, too. But the trouble started when Indian companies with burgeoning global ambitions started doing the same thing. This rising competition spurred Siemens to change how it did things in India.

Sunil Mathur, Executive Director and Chief Financial Officer of Siemens India, says: "If we had to compete with Indian players locally, we had to be able to design, develop, manufacture, engineer and sell products in India." Being locally competitive, he explains, also helps compete with Indian manufacturers globally. So Siemens increased manufacturing in India, and adopted a bottom-up approach instead of adapting German products. That is how SMART was conceived. The initiative addresses low-end and disorganised markets, worth some 21 billion euro (Rs 1.6 lakh crore) in India alone. Siemens now has 11 R&D facilities focusing on products for India. It also has 23 factories here, up from 10 five years ago. Its products are high-performance and cost-competitive. Armin Bruck, Managing Director & CEO at Siemens India , says: "We are clear that design for India must be from India, in India. Our SMART portfolio offers both, an existing solution that can be adapted to local conditions or completely new solutions."

He adds that SMART meets customers' needs at optimal cost, and helps Siemens enter new market segments. SMART's contribution to order intake grew from five per cent in 2009/10 to 10 per cent in 2010/11 and 15 per cent in 2011/12. The initiative enabled Siemens to cut costs by 30 to 35 per cent.
Manufacturing in India was not the obvious way forward for Siemens. The Indian R&D team struggled to convince its German counterpart, which was initially resistant to the idea of even using local materials. But the German team gradually came around and started generating SMART ideas. Eventually the Indian team pitched ideas, too. From an original five or six members, the SMART team at its factory in Goa has grown to 120 people developing products, of which 15 are in R&D.