I tried to end my life, there was nothing to live for. We had nothing, no wealth, just a very small house. I had to get out of that life: Kalpana Saroj
I took a deep breath and listened to the old bray of my heart.
Sylvia Plath

It is not easy to follow Sylvia Plath's example, more so when the heart brays for entrepreneurship. Compared to the security and comfort paid employment provides, embarking on a start-up is fraught with risk. Being a woman makes the task doubly difficult. Circumstances, situations, the disapproving vibes of those who surround her can all combine to prevent her from even making a beginning. If she is financially strapped, if her family is not supportive, if she has young children to look after, it gets harder still.

Nerves of Steel
Kalpana Saroj is not a typical corporate executive. Born into a dalit family in Maharashtra's Akola district, she was married off at the age of 12 to a 22-year-old man in Mumbai. Her in-laws abused her, and her marriage failed within months. She returned to her parents and attempted suicide, but survived. "I tried to end my life, there was nothing to live for," she recalls. "We had nothing, no wealth, just a very small house. I had to get out of that life."

Saroj came back to Mumbai in the late 1980s. She initially worked at a hosiery unit, and then dabbled in construction, real estate and social work for the next decade or so. "I knew I had to do something in life," she says. In 2001, workers of Kamani Tubes, a maker of copper tubes where she was a board member, approached her for help to revive the sick company. The company had a turbulent history. It was set up in 1960, closed down in 1985, reopened in 1988 under a workers' cooperative, and was declared sick in 1995. Saroj took charge of Kamani at a time when the company was buried under Rs 116 crore of debt and 140 lawsuits. The challenge was formidable.

"The work seemed impossible to many," she says. Between 2001 and 2006, Saroj went about settling court cases and negotiating with lenders and the government to get interest and penalties waived. In 2006, she took over Kamani Tubes when IDBI Bank, which was monitoring the restructuring process, invited bids for the company. Since then she has relentlessly worked toward expanding the company.

"It has been like walking on the edge of a mountain," says Saroj, now the chairman of Kamani Tubes. Today, Kamani is a Rs 300-crore company and Saroj now rubs shoulders with industry and government leaders. Saroj is looking to expand the company's manufacturing capacity from 100 tonnes to 3,000 tonnes and will start making steel rods within a month. "I want to take the company to new heights," she adds. It's difficult to convince the world about what your heart says: Gazalla Amin
Flower Power
When Dr Gazalla Amin decided to grow lavender flowers and make a business of it in 2004, her family and friends criticised her for the shift from medicine to entrepreneurship. "Women were never associated with entrepreneurship in Kashmir, only with NGOs (non-governmental organisations).

And NGOs in Kashmir have a bad name," says Amin. "It's difficult to convince the world about what your heart says."

Amin fought the feudal mindset and invested her savings, about Rs 8 lakh, in a farm to grow and process aromatic plants such as rose and lavender. How did she manage to stay motivated? "I realised that negativity came from quarters that didn't matter at all in the journey of my business. Departments and people who mattered in the business supported me."

The initial days were difficult. "Everyone would assume I was from an NGO. It was difficult to convince people that I was a businessperson," says Amin.

She has come a long way since then. She has turned entrepreneurship into a "respectable profession for women" in the valley and become one of the faces of women empowerment. Her company, Fasiam Agro Farms, has been growing at eight per cent annually. "My aim was to come out with a world-class product. Kashmir Lavender has become a global name," she adds. 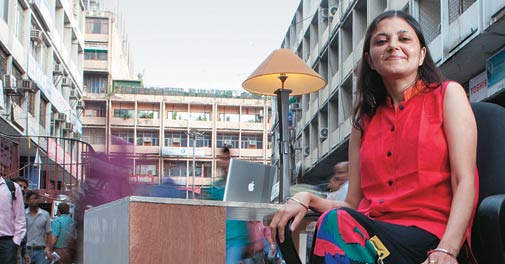 Fleximoms rolled out as an independent company only last year. Chahal incubated it for nearly two years under Saita Consulting, a consulting firm that she and Vasudeva founded in 2006 to advise on small and medium businesses.

Fleximoms works with 300 companies. "There are a lot of companies that want to connect with this demographic," says Chahal. 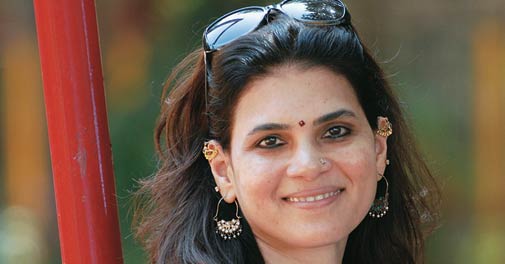 We wanted people to spend money in villages. Home stay is a new concept in India. It takes time to create awareness: Rashmi Sawant
Not Just About Money
Rashmi Sawant, 33, is one of those who did not let financial challenges intimidate her. A post graduate in tourism, Sawant worked with many travel companies before deciding to chart her own course. But she did not want to be just any other tour operator, offering packages to honeymoon destinations or selling travel plans for hill stations or shopping carnivals.

"We wanted people to spend money in villages," says Sawant. So, in 2005, she founded Culture Aangan to promote rural tourism through village home stays in Rajasthan and Goa. She has invested about Rs 30 lakh so far in the Mumbai-based company. After seven years in business, Sawant expects to make a "small profit" this fiscal year. "Home stay is a new concept in India. It takes time to create awareness."

Against the Tide
When Ishita Swarup decided to become an entrepreneur in the early 1990s, her father, a government employee, told her clearly: "I will not support you." At the time, Swarup was earning a monthly salary of around Rs 7,000, and business was considered a dirty word, especially for women. (See also, Short-Changed, Pg 136). That didn't deter her, however. Her first venture was business process outsourcing company Orion Dialog, which she later sold to Essar group's Aegis BPO. She also had to fight a patriarchal mindset. "I was often asked whether I was handling my father's business," she says.

The financial crunch pushed Swarup to work harder and smarter. She put all the money she earned back into the business and kept costs as low as possible. Her current passion is 99Labels. Launched in 2010, 99Labels is an online shopping site that sells luxury brands at discounted prices. Info Edge, which owns job portal Naukri.com, has invested Rs 28.5 crore in the company so far. "Unlike my first business, we don't make money. But that's not unexpected," says Swarup. "Growth has been fantastic."