Wearable devices are moving from niche to mainstream

Smart bands and smart watches are the most popular, but there are also smart glasses, smart bracelets, smart shoes, smart socks, smart rings and pendants and much more.

The tipping point for wearable tech, moving it from niche to mainstream, was perhaps the blaze of publicity with which Google Glass arrived in April 2013.
Nidhi Singal

A wristband for diabetics whose colour changes as their blood sugar levels rise, reminding them to take their insulin shot; a jacket with a mini-solar panel sewn into its back, enabling users to recharge their devices - these were among the array of futuristic items on display at the second annual exhibition of wearable devices in Berlin in late September this year.

Barely three decades ago, when computers were large and heavy and still occupied fixed locations, who would have imagined a day when most of their features would become clothing accessories? The biggest tech innovations after 2010, when the iPad made the tablet ubiquitous, have all been in the wearable technology segment. The sheer range and variety of tech togs - as they are called - has been staggering: smart bands and smart watches are the most popular, but there are also smart glasses, smart bracelets, smart shoes, smart socks, smart rings and pendants and much more. And experts maintain the technology is still in its nascent stage. 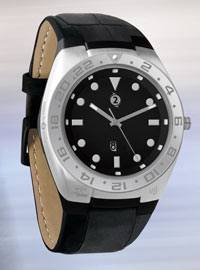 WATCH 2 PAY: A smart watch, it enables contactless card payments. It has been approved for payments by MasterCard and includes a MasterCard Paypass card (which looks like a SIM card and is pre-inserted in the watch). Payment can be made by simply holding up the watch in front of any terminal where such cards are accepted.
The first attempt at wearable technology, however rudimentary, can perhaps be traced back to the 17th century, when a ring, which also included an abacus, was devised. In the modern era too, the trend began well before the personal computer or the mobile phone, with the watch-cum-calculator invented in the mid-1970s. The affordable Casio model, in particular, developed some years later, became quite the rage even in India, especially among the young. The 1990s saw the advent of Bluetooth, which, among other uses, enabled receiving and answering mobile phones wearing a headset - or with a small device clipped to the ear - provided the phone was somewhere in the vicinity. 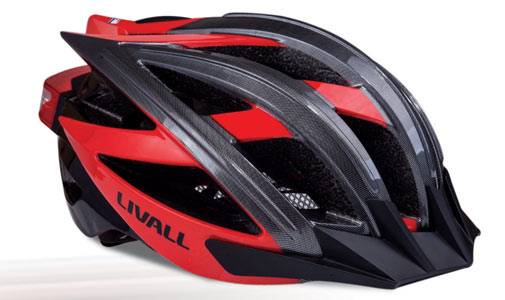 BLING HELMET: A smart cycling helmet, it has built-in Hi-Fi Bluetooth speakers and a microphone that allows cyclists to make and answer phone calls without taking their hands off the handlebars. It also features a walkie-talkie function for cycling team members to communicate with one another.
In 2007, Sony Ericsson (the joint venture has since been taken over entirely by Sony) designed the MBW-100 Bluetooth watch, which notified the user about incoming calls and messages and network connection status. "Bluetooth headsets were around for a long time before wearables became a buzzword," says Daniel Matte, Wearable Technology Analysis Service, at global tech company Canalys. Since then, smartwatches, adding more and more features as they improved, have proliferated, with Samsung, Sony, Motorola, Pebble and - above all - Apple, jumping into the fray. Apple Watch and the enhanced Samsung Gear S2, in particular, have made significant design improvements over their predecessors. Apple Watch may not have been launched in India yet, but the Motorola 360 is a good bargain at Rs 15,999. MORPH DIGITALDUDZ: A mask or a costume worn on special occasions, especially Halloween parties, it has a smartphone fitted which can be used to create eerie, clownish effects, such as a continuously rolling eye or beating heart.
Fitness trackers began a year earlier, in 2006. That was when Nike teamed up with Apple to launch the Nike+iPod sports kit, in which a wireless chip embedded in the shoe recorded the distance covered, calories burnt and more, on the iPod the user carried. Another pioneer in this segment was Fitbit, which launched its eponymous Tracker in 2008, providing similar data, including the time the user spent sleeping. Fitbit has since followed up with numerous upgrades and variations, bearing names like Ultra, Zip, Force, Charge and more, the early clip-on tracker metamorphosing into a band, and adding more features such as heart rate monitoring. Many companies have since followed suit, with China's Xiaomi drastically lowering the price - while most such bands cost over Rs 5,000, Xiaomis Mi Band has been available from May this year for Rs 999.

BRAGI THE DASH: An MP3 player with in-ear headphones, it also tracks fitness and monitors heartbeat.
The tipping point for wearable tech, moving it from niche to mainstream, was perhaps the blaze of publicity with which Google Glass arrived in April 2013. Resembling a pair of spectacles, it was anything but. It was a complete wearable computer, with an optical head-mounted display, with control buttons on a touchpad by the side, plus a camera for both still photographs and videos. Ironically, Google Glass suspended production earlier this year, though the company continues work on the prototype. It also recently acquired a patent for a process by which it automatically tightens or loosens the glasses' arms depending on what the wearer is doing. Sony, as well as Japanese printer maker Epson, have also launched similar headgear - the HMZ-T2 and Moverio BT-100, respectively - providing a variety of entertainment, including console gaming. 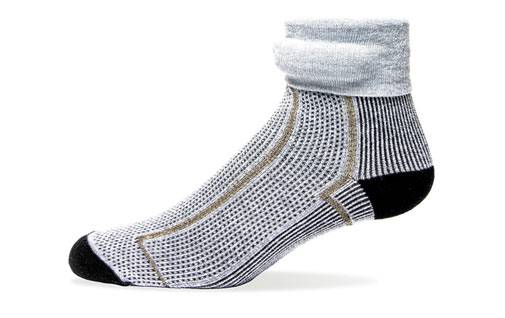 SENSORIA FITNESS SOCKS These are for runners to monitor their foot-landing technique, with pressure sensors informing them in real time when they are doing it wrong and thereby helping avoid foot injuries. It won an innovation award at the CES 2015.
The Indian contribution to wearable tech has so far been limited. In May 2013, Bangalore based 2mpower Health Management Services, founded by Mohammed Hussain Naseem, launched GetActive, a pedometer which measures the wearer's daily activity and provides a record on a dashboard. In a crowdfunding coup, RHL Vision Technologies founded by Rohildev N., also in Bangalore, raised $200,000 from 1,600 people to launch Fin in March 2014, a thumb ring that turns the palm into a gesture interface. Hyderabad-based Lechal has designed shoes for the visually impaired, which lets them know whenever they depart from a pre-selected route. How these have performed in the market, however, is unclear. Among established companies, S. Mobility Ltd, which makes the Spice brand of mobiles, did launch a dual-SIM smartwatch for Rs 4,999 in August 2014, but it does not compare too well with the global biggies.

The global wearables market stood at 26.4 million shipments in 2014, according to IDC's Worldwide Quarterly Wearable Device Tracker, and is expected to increase to 72.1 million in 2015. Volumes are expected to rise at a compound annual growth rate of 42.6 per cent for five years starting 2015, reaching 155.7 million units in 2019. So far the market has been dominated by fitness bands, of which seven million were shipped in the first three months of 2015, according to Canalys, which estimates its growth at 150 per cent over the corresponding period the previous year. Next come smartwatches, where Canalys expects 20 million Apple Watches alone to be shipped in 2015. In coming years, experts expect many more varieties of wearables, spanning the gamut from security gadgets to gaming devices to payment and education facilitators.

AURORA HEADBAND: Worn before going to bed, it facilitates lucid dreaming.
But there are challenges. "To date, consumers have typically failed to see the value of wearables beyond traditional activity trackers," says a report on the subject by market research firm, Gfk. "There is a fairly widespread perception that wearables are gadgets for a geek niche." It also highlights that the multitasking smartphone is the standard against which wearables will be judged. "Whereas smartphones are now a normal part of life for millions of people globally, wearables are yet to achieve this status," it adds. 'The challenge is to provide an integrated healthcare solution, an ecosystem to keep the users engaged as people do invest in fitness bands and drop off after sometime', says Vishal Gondal, founder and CEO of Goqii
The limitations of size and weight that wearables face - since those using them have to feel comfortable - also constrain the strength of the batteries they carry. Smartwatches, for instance, have to be charged very frequently, since their batteries have limited capacity and every bit of activity - every notification of a text, call or email - causes a vibration which drains them. Again, for many, the display is too small for comfort and hard to read by daylight.

JUNE: A smart bracelet, it monitors sun exposure and tells the user when to apply sunscreen.
With fitness bands, the problem is often a flagging of user interest. "The challenge is to keep users engaged," says Vishal Gondal, founder and CEO of California-based Goqii, a personalised fitness coaching service. "People do invest in fitness bands but drop off after some time. It is not hardware alone that will drive growth. We also need to provide integrated healthcare solutions." Goqii, as well as others like Fitbit, is trying to do just that by tying up with corporate houses and holding sessions on office premises to increase employees' awareness of health issues.

The use of wearables to monitor health and fitness, especially that of the ill and the aged, can only increase. In the case of a fall or an accident or a sudden deterioration of health, a wearable - by triggering an early alarm and thereby bringing in quick assistance - can make all the difference. Entire businesses, such as insurance companies, could also use wearables to track health data and thereby provide better customised plans. "The early use cases focused largely on fitness, but now there are many pilot implementations relating to healthcare taking place, mostly in the US," says Kenneth Liew, Senior Research Manager, Client Devices, IDC Asia Pacific. 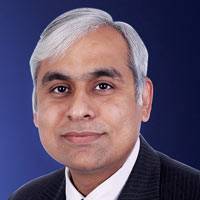 Liew of IDC believes the next wave of wearables usage could also be in making and tracking payments. Customised wearables, woven into shirts, trousers, hats and even inner wear for specific purposes, could also follow.

And the next big leap? It could well be smart implants, primarily for specific health purposes, where the user would not even have to go to the trouble of putting them on or removing them.