In the battle of the plus size phones, and pitted head-to-head against Samsung Galaxy Note 4, the Nexus 6 is a great deal. 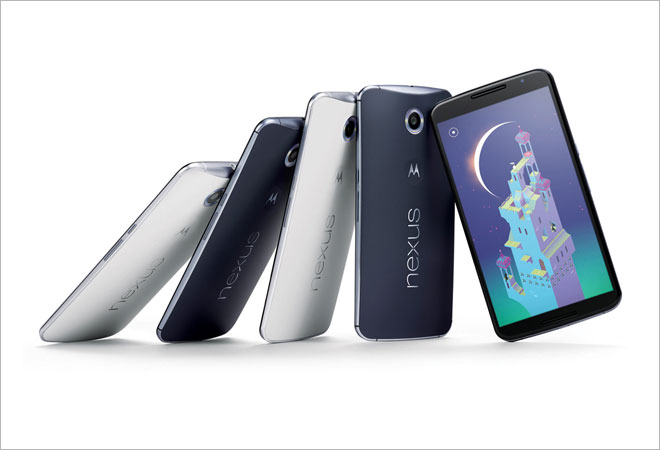 Nexus 6 is Google's giant screen play for which the global search giant has worked with Motorola. No wonder its design looks identical to Motorola's Moto X 2nd generation. The Nexus 6 has got a six-inch quad HD display with 1440x2560 pixel resolution and 493 pixel per inch density. Everything seemed bright and crisp on its screen. There is an aluminium frame running around the edges. The rear panel is a busy one - it has the camera lens with a circular LED flash followed by Motorola's M logo and Nexus branding. The rear panel is non-removable and the SIM slot is placed on the top. The Nexus 6 has been designed in such a way that it doesn't feel too broad or heavy (at 184 grams). While I could navigate through it using one hand, I feared dropping it.

It packs in the latest high-end specifications: 2.7 GHz quad-core processor built on Qualcomm's Snapdragon S805 chipset, paired with 3 GB of RAM. This is good enough for the phone to multitask with ease and handle heavy graphic games and multi-tab browsing. The text appears crisp and clear, which enhances the reading experience. Running on Android Lollipop, the interface looks different and refreshing. So do the icons. From the lock screen itself, I was able to launch the dial pad or the camera app. Swiping down the notification bar gives access to instant settings and also shows battery percentage, settings icon and user profile icon. Entering the guest mode allows you to lock down private data such as photographs. More profiles can be added to the phone. There are three folders on the home screen - Google, Create and Play. The capacitive keys for home, back and multitasking have got geometrical designs: circle, triangle, and square, respectively.

The 13 MP camera with dual LED flash in the ring works well. You will need some time to get the hang of the camera interface. The camera locked the focus instantly and the still images were good. My review unit had 32 GB internal storage, of which 25.98 GB was user accessible. But it doesn't support expandable memory card. The Nexus 6 lasted me a day on a single charge when used carefully. But it did heat up when used for heavy graphic apps for longer duration.

BAG IT OR JUNK IT: A solid piece of hardware with Google's latest Lollipop operating system
RATING: 4/5
PLUS: Display, design, price
MINUS: Heats up, bulky

Mapping apps offer much more than what you know