The desktop is still king when it comes to work situations that need lots of processing power.

Nandagopal Rajan
There is no doubt that we are now in the post-personal computer era. Phones and tablets have become the primary Internet devices globally. We use the PC only when smaller devices cannot do a particular job. So, where does that leave the good old desktop? Is it dead? Not quite. The desktop segment in India is still growing, though at a slower rate than before. No doubt, this is in contrast to the trend across the developing world, where the desktop is slowly losing the game to smaller, more portable devices. 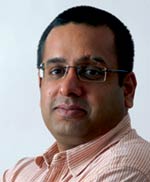 Nandagopal Rajan
Companies like Acer, however, still see a good market in India, both in the home and enterprise segments. The desktop is gaining momentum in Tier-II and III markets, says Saji Kumar, Product Management Director, Acer India. "With only 10 per cent of the population having access to the Internet so far, we see tremendous scope for this category to grow in virgin territories where the first time user base is huge," he adds.

Sure, it is a very different story in the larger cities. A family - or an individual - which wants a device to just access the Internet, or play a game or watch a movie once in a while, might settle for only a tablet. The advent of cheaper tablets and smartphones that can satisfy most of the primary needs of an entry-ormid-level computer user has contributed immensely to this change in consumer behaviour.

There is also an increasing trend of enterprise-level tablet adoption, but how much this will impact the sales of desktops and work stations has to be seen. Big players such as Intel have almost ignored desktops lately. An exception is Advanced Micro Devices (AMD), which launched a new processor hoping it would enthuse "PC builders, mainstream gamers" to upgrade their infrastructure.

Yet the desktop is still king when it comes to work situations that need lots of processing power. If you are working on animations, or video editing, or even engaged in top-end gaming, a mobile device will not be up to the task.

You will need the services of a wellgrounded desktop, with the best possible configurations, terabytes of storage and fans that keep the machine cool during the rigorous workout. Even the best laptops - let alone phones and tablets - shiver in fear when faced with these tasks. Yes, laptops and tablets may soon do all of these, but by then there will be more processes which will need an even more powerful machine.

To survive, though, the desktop will have to evolve. It has already begun doing so. There is the All-inone (AIO), for instance, which fuses the central processing unit (CPU) behind the screen, often a touchscreen.

The AIO has made the PC more portable and manageable. Most AIOs do not have great processing power, but then you also have the iMac and HP Z1 - which are AIOs - but can carry out most enterprise-level tasks without breaking into a sweat. The Z1, for instance, can be upgraded or serviced in minutes, thanks to its tool-less chassis design, reducing down times like never before.

The desktop is also becoming a hub for the plethora of smaller devices in our homes. It charges them when needed, facilitates software upgrades, stores backup files and does all the hard work when asked to. You still need to turn to the 'old faithful' to download an extra-large file. Many of our households could very well opt for a neater and sleeker AIO when the current desktop has worn itself out. The new machine will be a connected one, wirelessly feeding the large screen TV and the small screen devices with content. In fact, connected to a larger screen, it might even replace the TV altogether.

Yes, there is no killing the desktop. It may become a niche device, but it is certainly not going to become extinct.