After a decade and a half, the former SEBI head has penned an interesting account of how the capital market regulator evolved during tumultuous times.
Ajit Ranade | Print Edition: March 24, 2019 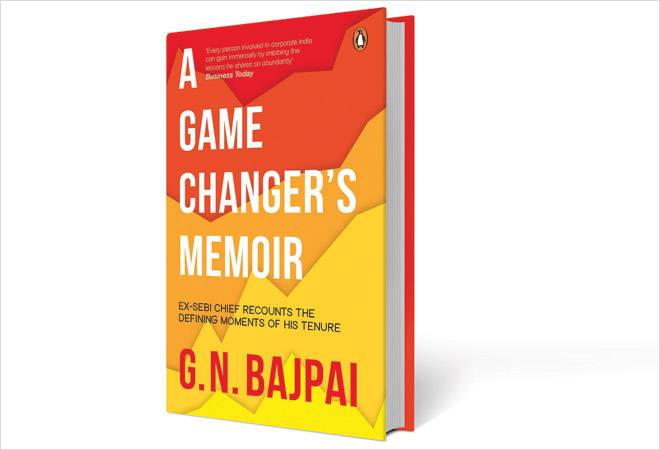 On the morning of May 17, 2004 (infamously known as the Black Monday), the Sensex dropped 17 per cent, the biggest slump in its history. The circuit breaker was triggered twice that morning, halting all trading for three hours.

It was the market's massive reaction to the surprising defeat of the National Democratic Alliance party in Lok Sabha elections. But where was the stock market regulator during the mayhem? In distant Jordan, attending a conference. Gyanendra Nath Bajpai was the man in the hot seat, and almost everyone - from the media to investors to government officials - was gunning for him to save the day. He was in an unenviable position and only had a nail-biting 30 minutes (before his hasty flight back to India took off) to decide whether to reopen trading for the rest of the day and risk a complete meltdown or to let the market function and find its level. Our readers must read the rest and discover what happened next.

A Game Changers' Memoir by Bajpai is a first-hand account of many such adrenaline-filled anecdotes when he was chairman of the Securities and Exchange Board of India (SEBI) during 2002-2005. Other hot-button incidents included dealing with STT (securities transaction tax) and DDT (dividend distribution tax), his firm stand against investment bankers during the ONGC disinvestment, the raid on dabba traders who carried out stock market transactions illegally, shortening the settlement time for stocks (the T+2 regime) and reducing the misuse of P-Notes.

All these are told with enough drama and suspense, but with no dilution of the concepts or the underlying policy issues. The language is fairly non-technical and engaging, and chapters like The Black Monday and The Other Dabbawalahs make it a racy read. His objective is to educate the reader and convey the dilemmas and intellectual challenges faced by the regulator. The book features 24 chapters under five broad sections - initial days, market microstructure re-engineering, systemic risk management, improve-ment of governance and macro issues and road map creation.

Bajpai had headed SEBI more than a decade ago, but it was an important phase of stock market development. Initially, he was quite reluctant to take charge as he had been pursuing a highly successful career as the chairman of Life Insurance Corporation. His initial hesitation was not only due to some doubt about fitting in but also due to the timing. At the time, markets were still recovering from a stock manipulation scam, known as the Ketan Parekh scam, and the morale was low all around. Moreover, there were allegations of corruption within the ranks of SEBI (later found to be largely unfounded).

Bajpai's priority was to rally the forces and align the organisation to its twin tasks of sticking to stringent, unbiased and modern regulation and paving the path for further development of the Indian capital market. That a regulatory body like SEBI should also nurture market development and innovation is somewhat unique as such objectives could clash with the regulation part.

SEBI has come a long way since and is now considered one of the best stock market regulators, a strong testimony to what has been achieved by the likes of Bajpai. When the author was at the helm, he had led it past some messy situations and made sure that it would not lag in terms of technological developments (algorithm trading, colocation and microsecond settlements were some of its achievements). An account of his time spent at SEBI and how the many bricks were put in place during that phase is bound to be appreciated by many - policymakers, investors at large, people keen on India's economic history and those managing similar organisations.

Bajpai says he has waited a long time before writing the book to ensure a dispassionate view of things. But there is an ostentatious touch although he never fails to engage and regale the reader with insider tales and anecdotes. Such accounts by regulators (we have had RBI Governor Duvvuri Subbarao's book Who Moved My Interest Rate and Y.V. Reddy's Advice and Dissent, to name a few) are invaluable and essential reading for the public at large. Told by people who were at the helm during tumultuous times, these narratives help demystify the working of institutions which impact the national economy.