Replete with data and stories of workers across India, this book is both entertaining and disturbing.
Prasanto K Roy | Print Edition: April 21, 2019 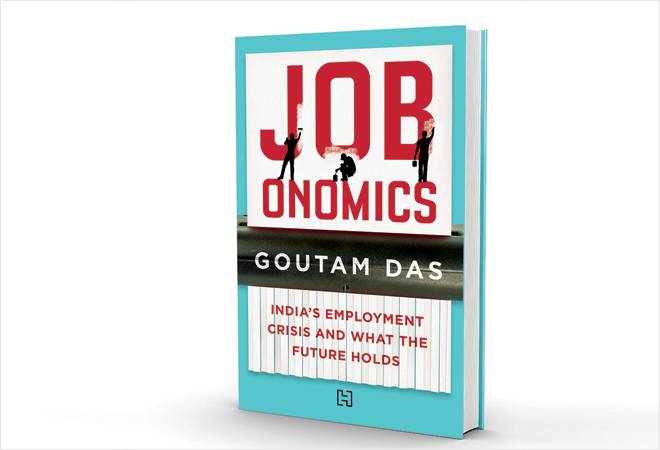 Too many Indians are stuck in bad jobs with poor pay. Although India's economy is growing at more than 7 per cent a year, jobs are not keeping up with that pace. Goutam Das, a business journalist, has not minced words in his first book that explores India's employment crisis and asks some vital questions: Why have governments failed to create more jobs which pay well? Why are Indian companies not creating enough jobs? Why do small companies remain small?

The author uses plenty of data. I prefer stories more, and Jobonomics has enough of them as well, making me read it twice over. I could visualise the scenes. There is PM Narendra Modi, in his white kurta, explaining how vehicle sales would add up to 20 lakh new driver jobs and up to 10 million new jobs in FY2017/18; however, others, including CMIE CEO Mahesh Vyas, contest his optimism. There is Rahul Gandhi, animatedly addressing a brief press conference after his party's state assembly victories in three provinces in the winter of 2018 and mentioning jobs nine times as a big reason of the BJP's loss. There is Mark Zuckerberg grilling briskets and ribs on a Sunday afternoon and saying, "It's going to be delicious when it's ready", (which is also his view on AI) as he takes on Elon Musk's apocalyptic warnings about AI decimating jobs and humans.

More stark is the story of the 2016 Jat agitation in Haryana when 1,600 youths went on a rampage, attacking schools and government property and then factories. The Army had to be flown in after Rs 20,000 crore of property was destroyed. The youth of the Jat community, mostly well-off and high-caste, wanted job reservation. Das traces this seemingly bizarre demand to the community's struggle to transition to non-farm jobs.

The writer travels a fair bit. To Tiruppur in Tamil Nadu, where 59 newly trained textile workers arrive by train. The textile town gained when the toxic labour unrest moved knitwear from West Bengal (which once accounted for 80 per cent of India's output) to the South. At the time, line supervisor Rashmita started her job at Rs 7,500 a month and dreamt of a tenfold rise in 10 years. Each hostel room accommodated 10 or more migrant workers, all sleeping on mats. And in Gurgaon, Haryana, three workers slept on one bed in a tiny room.

Poor work and living conditions add to poor education, life skills and healthcare, building up a growing but under-prepared workforce as jobs change. This inequality could widen, the unemployed and the underemployed could get restive, and there would be a social, economic and political catastrophe.

Why do small companies remain small in India? This question comes up often with a range of answers, from onerous laws for labour, and land. India's labour laws incentivise firms to stay small and hire informal labour, making it tough to fire workers once they are hired. Capital is required to grow, but borrowing from banks is not easy. Most lending is done by state-owned banks which discriminate against very small firms.

A husband-wife team leading Pricol, which makes automotive components, says Indian entrepreneurs are averse to taking risks. They do not believe in delegating to professionals outside the family. Pricol delegated, and grew. It employs over 5,000 people.

Das also explores the on-demand gig economy. Freelance workers contracted for projects are old hat - from beekeepers and farmers to freelance writers and web designers - but apps, platforms and gamified ranking systems could determine who gets the work. An entrepreneur assembles a team of chefs, from hotel stars to home cooks; drivers do gigs for Ola and Uber; plumbers and beauticians do the same for the likes of Urban Clap and the SHEROES app and platform support gigs for 90,000 women. There are negatives too: Lower control (prices are determined on the platform), income unpredictability and loan defaults, lack of working capital finance and lack of social protection.

The narrative ends in hope. Rashmita, the supervisor who went to Tiruppur, left her low-paying job in a few months. Her start-up is a tailoring shop employing two other people, both part-timers. Now she needs a loan to grow, but not from a moneylender at 36 per cent. Her income is still low. Life is a struggle. But she has moved from being employee to employer, something a few million others may need to do, to help India crack its jobs crisis.

The reviewer is a tech writer and policy consultant