Xiaomi's first LED TV launched in India is the perfect blend of style with functionality. 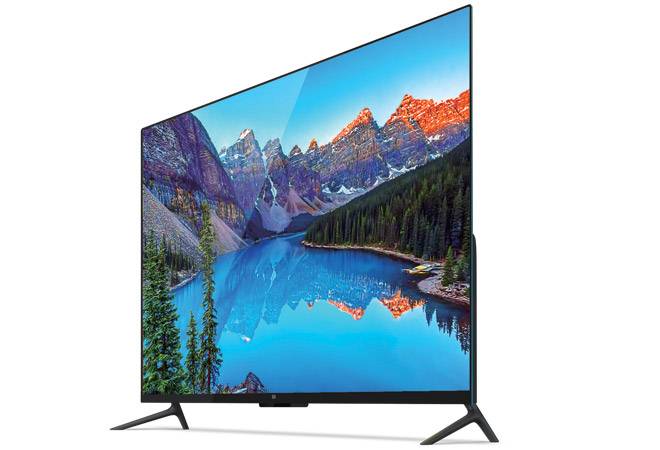 Xiaomi's first LED TV launched in India is the perfect blend of style with functionality. It is the world's thinnest LED TV, made with 4.9-mm-thick frameless panel from Samsung. The 55-inch Ultra HD (4k) TV with HDR support has narrow bezels on the sides that enhance the viewing experience. It comes with Dolby audio which is good enough for a small room; but for an even more immersive experience an additional sound source will be a good idea.

The TV has a customised PatchWall UI that puts content at the top. The UI is similar to that of Amazon's FireTV stick with sub-heads such as VIP, Movies and TV Shows; it customises the content suggestion as per usage. To leverage the Smart TV functionality, Xiaomi has tied up with 10 content partners including Hotstar, TVF and Hungama. This eliminates the need to plug in external media source or download apps, as the content is displayed on the screen, ready to be played. The free content can be streamed instantly; but you need to log in to access the paid services. However, the two most popular content partners - Netflix and Amazon Prime Video - are not yet available on this platform, which is a big let-down. There is no app store to install the two apps either; one has to get it from the .apk files using the 'Install from USB' feature.

Our review unit had the YouTube app preinstalled which I used to stream 4k content. The output was great - good clarity and true-to-life colours. Using two remotes - one for the TV and the other for the set-top-box - is the common, albeit inconvenient, practice. Xiaomi has eliminated the need for it. By plugging in Sensy's infrared sensor cable into the USB port of the TV, and placing the sensors in front of the set-top box, the TV viewing guide becomes accessible by the Mi TV remote. Unlike traditional remotes that have numerous buttons, the Mi LED Smart TV's Bluetooth remote only has 11 (and resembles the FireTV Stick remote).

This TV offers a host of connectivity options - three HDMI ports, two USB ports, SPDIF port, AV port and an antenna - and supports WiFi, Bluetooth and LAN connectivity. It is powered by 64-bit Quad-core processor with 2 GB of RAM and 8 GB of internal storage for running UI and installing apps. It has a refresh rate of 60Hz, which is good enough for watching videos. Considering Xiaomi's aggressive pricing of `39,999, a war in the smart LED TV space is imminent. Local players especially, such as VU and Sanyo, will have to up their game.

If you think 1More Triple Driver In-ear headphones are just another addition to the plethora of headphones in the market today, you are mistaken. Right from the packaging to the sound quality, it is impressive all the way. The box comes with six sets of silicone ear tips, three sets of foam ear tips, a magnetic clasping travelling case, dual-pronged airline adaptor and a shirt clip. It has a lightweight aluminium alloy body and a durable cable. This ergonomically-designed headphone aligns with the curves of the ear and fits like a glove - better than what Bose, B&O and other leading brands offer.

The innards of the headphone pack in three drivers comprising two balanced armatures and a separate dynamic driver that are like tweeters and woofers respectively, resulting in perfectly balanced sound. Whether it was Coldplay's Something Just Like This or Clint Eastwood by Gorillaz - the headphones rendered clear vocals with good mids and deep bass. The tight seal in the ears ensures that the sound doesn't bleed either. However, it will be nice if 1More added a Type-C connector, since most flagship smartphones are ditching the 3.5-mm audio port. At `8,999, this headphone gives all others a run for their money. If you've been considering buying a pair of headphones, look no further than 1More.

Samsung Galaxy A8+ Makes a Mark

Samsung's Galaxy A8+, with its rectangular glass and metal body and slightly curved edges, exudes a premium feel. It has a six-inch infinity Super AMOLED display with 2220x1080p resolution, and yet the phone is easy to hold. Samsung has moved the fingerprint sensor right below the camera module and has also added a face-unlock feature (which is unremarkable compared to Apple's FaceID). The A8+ runs on 2.2 GHz + 1.6 GHz Exynos 7885 octa-core processor, paired with 6 GB of RAM and 64 GB internal storage. It's a decent performer; there was no lag while streaming videos or playing graphics-heavy games either. 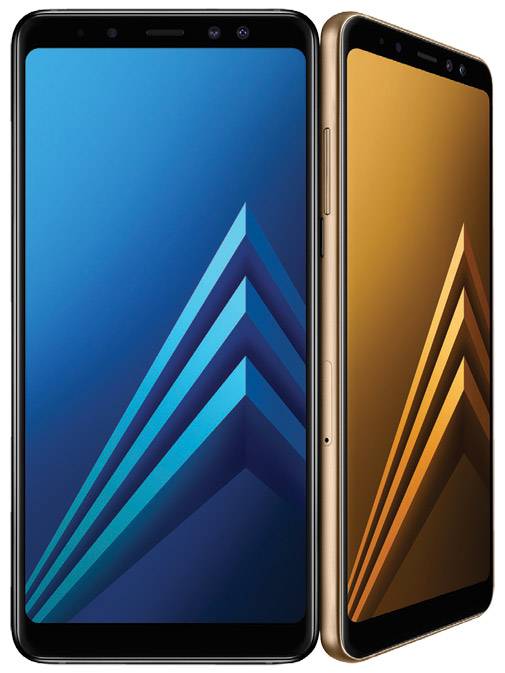 Its 16-MP rear camera captures sharp images in well-lit settings but struggles in low light. There is a dual front camera with Live Focus for capturing images with depth effect, which can also be adjusted while editing the image. Water and dust resistant, the A8+ packs in a 3,500 mAh battery that lasts a day easily and also comes with a battery-saving mode.

Humans, You're Not Next