Interacting with humans, cobots will save time and money. 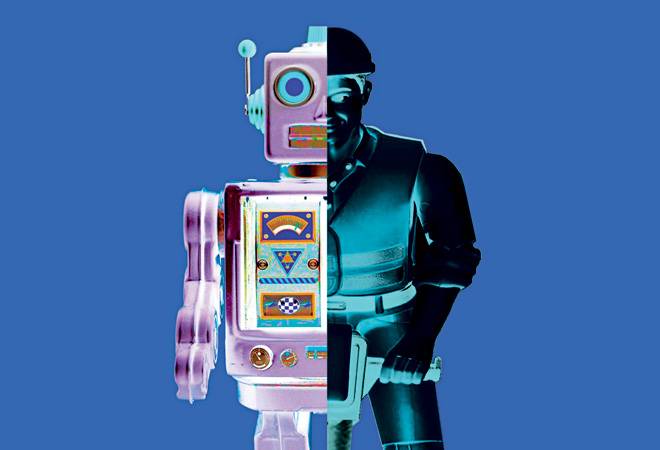 The rise in deaths on shop floors caused by rogue robots in recent years has prompted the manufacturing sector to look for alternatives. Engineers have found a solution in cobots - collaborative robots - that work alongside humans like helping hands, which traditional industrial robots cannot be used for.

While industrial robots have been around for decades - the first one worked on a General Motors assembly line in 1961 - the first commercial cobot was developed by Denmark-based Universal Robots (UR) in 2008. Full-scale adoption started only in 2016. Globally, cobots are used in neurosurgery, bartending, physiotherapy, filmmaking and industries.

Today, there are about 400 UR cobots in India, across sectors, especially auto and auto components, FMCG and electronics. "We are growing at 100 per cent plus. Large companies are going to buy robots because they have no choice. The future growth will come from small and medium enterprises (SMEs) because they have got no automation. A company buys one, and two months later, they buy another just as they see bottlenecks moving down the production line," says Pradeep David, GM (South Asia) at UR.

Robots and cobots have different technologies. A factory with 100 per cent automation needs robots with sophisticated sensors, cameras and security systems, which is an expensive proposition. Cobots, on the other hand, emphasise on partial automation where there's no need for sensors to do the job. The cost difference between robots and cobots is huge, and that's why the latter is more suitable for SMEs. "The need for product customisation, cost and flexibility are driving the growth of cobots," says David.

Cobots cannot do anything on their own; they have to be engineered into a particular application. UR has partnered with specialised firms to develop solutions for end users. For instance, it has tied up with Germany-based G+D to sort and process notes in currency chests. In India, cobots are currently used by four banks.

David does not think cobots pose a threat to jobs, but says companies might rationalise low-level jobs. "Companies have also been able to redeploy their expensive manpower to other functions."

Robots are a $40-billion market globally, whereas the cobot market will reach $1 billion next year. Although the market for cobots is growing fast - at 65 per cent CAGR - there is still a long way for them to become mainstream. Their fast adoption depends on the range of problems they can solve for a variety of users.