No Chink In Android Q's Armour 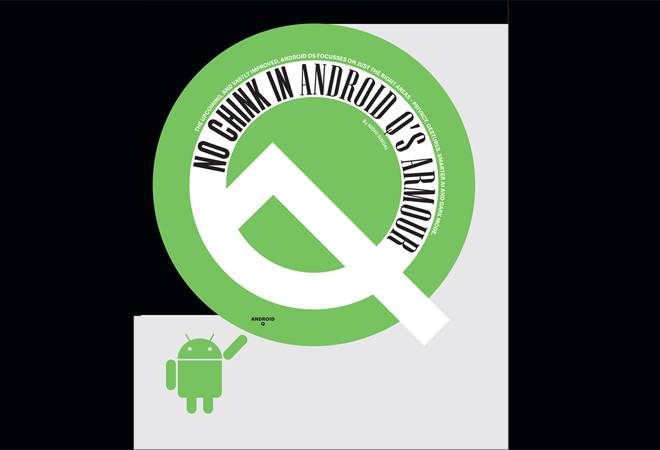 Software updates for smartphones are not just about fixing bugs. They should also usher in a host of new features which will address all existing pain points and ensure a smooth, seamless experience. Although many swear by the iconic iOS, Android is the most popular operating system (OS) for smartphones today, and the major overhaul it is about to witness could enhance its performance by several notches. The final release of the new software is still a few months away, but Google has already released the Android Q Beta 3 for developers and early testers. As of now, it is far from perfect and all the features announced by Google are not live yet. However, we installed this version on Pixel 3 XL to get a glimpse of the new OS.

The dark mode is not turned on by default, though; it is hidden under Advanced Settings. However, there is one issue. Most applications, including some Google apps, still support white backgrounds. Hopefully, by the time Android Q officially rolls out, most of the apps will support the dark mode, resulting in a consistent experience. There is another plus. When you opt for this mode, fewer pixels are fired up on a large display, helping conserve battery life. Interestingly, the dark mode was auto-triggered when I turned on the battery saver mode on Pixel 3 XL.

But with Android Q Beta, I could go fully gestural and disable all navigation buttons on Pixel 3 XL (you will find Fully Gestural Navigation under System Settings). When activated, swiping up from the bottom took me to the home page and swiping up and holding loaded the app switcher window. I was able to switch between running apps by swiping at the bottom of the display. Do a side swipe from either edge of the phone, and it will work as the back button.

A quick tap let me choose between 'allow all the time', 'allow only while using the app' and 'deny'. Google says Android Q will send a reminder when the apps not in use (running in the background) access location data. I did not get any such notification, but this feature should be ready soon. Also, the Privacy option within System Settings has a Permission Manager tab, showing in details which apps are accessing the phone's camera, microphone, call logs and more. According to Google, apps cannot start operating in the foreground without user-initiated action. If implemented well, this could be an excellent security feature.

Next on the Cards

Here is the low-down on a few more exciting features.

Not A Panacea For All Woes

AI Gets A Sense Of Number