What causes cancer? There are plenty of reasons, right from tobacco exposure and unhealthy lifestyle to abnormal cell growth and even hereditary issues. "One of these or a combination of several factors may lead to cancer," says Dr B.S. Ajaikumar, an oncologist and Founder-Chairman and CEO of HealthCare Global, a Bengaluru-headquartered chain providing cancer care. However, understanding the triggers, early detection of the disease and spotting of responders and non-responders to different types of treatment help us predict risks, make accurate diagnoses, rationalise treatment decisions and identify prognostic biomarkers - clinical/biological characteristics which provide information on likely health outcomes, he says.

Changes in gene structures, also known as genetic mutations, are the most common cause of cancer. They fall under two broad categories - somatic and germline. Somatic mutations can occur in any body cell, but these are not acquired at birth. A single mutation is not likely to cause cancer, though, and our body usually corrects most mutations. A few do not affect us at all and hence, are called silent mutations.

Germline mutations, on the other hand, are passed on from parents to children. There is a 50 per cent chance that these mutations would be passed on from one generation to the next and people with hereditary mutations are often considered high-risk subjects. About 5-10 per cent of all cancers are diagnosed as germline cancers. However, mouth, lung and liver cancers are rarely caused by acquired mutations. These are mostly triggered by exposure to tobacco and alcohol.

According to Dr Ajaikumar, information regarding genetic risks gathered through proper screening allows medical professionals to monitor individuals more closely and detect anomalies immediately. It also helps with disease prevention as one can make suitable lifestyle changes early on. Simple blood/saliva tests can be done to ascertain cancer risks, and these are especially useful for certain types such as breast, ovarian, colon and prostate cancer. Some rare cancers can also be detected through these tests.

So, who should be on guard? Here are some red flags. If several family members have fallen prey to a particular type of cancer, if people from one side of the family have been affected (say, an aunt, a cousin and your grandfather/grandmother, all on your father's side) or if several generations had suffered from cancer, you should be alert and consult a doctor. Do not panic, though. Not all genetic mutations are deadly, and many of them help create genetic diversity, which keeps the population healthy. 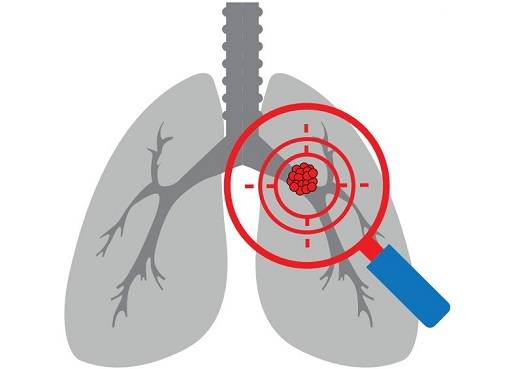 In this age of precision medicine, the study and analyses of genetic data are helping doctors decide on the most appropriate treatment for each patient. Targeted and immunologic therapies for lung cancers augur well and this space is evolving fast. If harmful gene mutations are noticed, one can go for a liquid biopsy, a test that can help detect any abnormality in the blood. Instead of surgically extracted solid tissue biopsies, the 'liquid' method is being increasingly used as a repeat test for tumour detection or medication responsiveness. The non-invasive alternative can also help develop a lot of new therapies, says Dr Ajaikumar.