News
Magazine
The Break-Out Zone
Mind Above All Else

Anxiety and depression often hurt the well-being of young professionals, but companies are not yet ready to address mental health issues

Mental health has always been the proverbial elephant in the room - Indian corporate houses would never acknowledge that their people's well-being and productivity could be affected by mental health issues. Worse still, mental illnesses could affect physical health and must not be ignored any longer. According to Dr Niraj Ravani, a practising neuropsychiatrist for two decades and Director of Mumbai Psychiatry Clinics, four out of every 10 professionals in India suffer from either depression or anxiety. What is worrying is that "over half of them - about 55 per cent - are below 30 while 25 per cent fall in the 30-40 age bracket. If you convert these into numbers, they will be huge," he says. Dr Ravani also refers to a survey that has found that the number of workers at high risk of suicide due to unmanaged stress has doubled in two years.

Various studies on this topic reveal worrying trends. There is the National Mental Health Survey of India 2015-16 and also a paper titled Workplace stress: A neglected aspect of mental health and well-being, published in the Indian Journal of Medical Research. A WHO information sheet and the Harvard Mental Health Letter on mental health problems at workplace point to several factors which may trigger mental illness.

Dr Ravani details some of these factors. To start with, long working hours, difficult commutes and lack of exercise affect the body clock. Add to that unhealthy competition, unrealistic expectations, lack of team cohesion, office bullying or mobbing (bullying of an individual by a group), little time for leisure/hobbies/relationships and growing dependence on alcohol and recreational drugs, and one will suffer from poor mental health in no time.

Dr R.K. Suri, a Delhi-based clinical psychologist and strategic health management consultant, sees stress and anxiety as an emerging concern. A professional with more than three decades of experience, he has jointly set up a mental health and well-being portal called TalktoAngel.com to address these issues. According to him, an increased mismatch between reality and expectations, a skewed work-life balance and an always-on digital culture with little time for relaxation are the major worries. At any given time, 15 per cent people suffer from anxiety symptoms, and this is increasing, he says. Five years ago, it could have been 7-8 per cent or thereabouts. "But by 2030, we could have the largest number of mental health patients."

Lack of trust and open communication also adds to stress. "There is a 31-year-old man (with a Rs 1 crore salary package) who has left his parents, and now, his wife has gone into depression. Constant fights at home are affecting his work, and his company has asked him to seek help," says Dr Suri. Early signs of stress could be anxiety, weight problems, loss of libido and lack of concentration as experienced by his patient. If left untreated, one may fail to deliver, lose self-esteem and start having panic attacks. 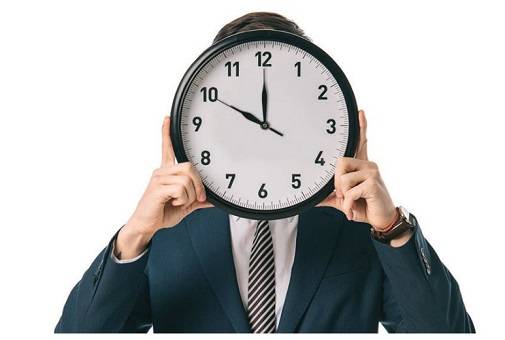 New studies are focussing on how stress at workplace causes mental illnesses, the prevalence of depression and anxiety at work and the economic impact of mental disorders, says Dr Ravani of Mumbai Psychiatry Clinics. It is estimated that non-communicable diseases and mental illnesses will cost India $4.58 trillion by 2030. "Also, companies tend to lose more due to presenteeism compared to absenteeism," he adds. Presenteeism is a practice when a worker stays longer than is required, mostly due to a feeling of insecurity. However, he/she may not be fully functional due to health issues and productivity may go down by 30-50 per cent. The doctor and his colleagues are working on reliable and accurate ways to measure this so that people with mental health problems can be screened and treated to prevent huge productivity losses.